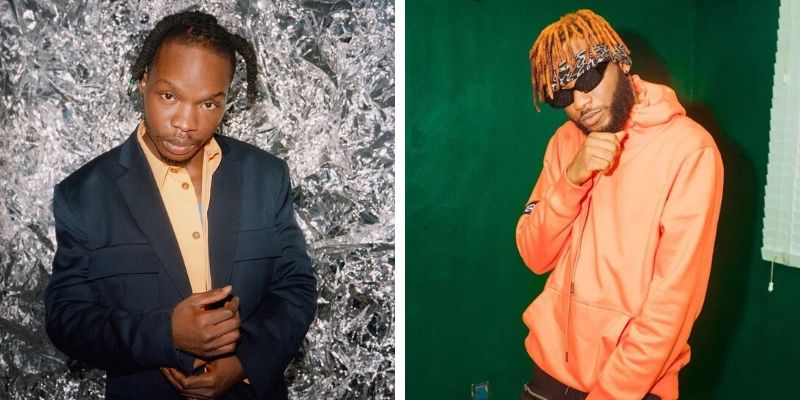 One of JAY-Z’s most quoted passages comes from “Moment of Clarity” on ‘The Black Album’, where he raps: “I dumb down for audience to double my dollars/they criticise me for it yet they all yell HOLA!/If skills sold truth to be told, I’d probably be lyrically Talib Kweli/truthfully I wanna rhyme like Common sense, but I did five mill, I ain’t been rhyming like Common since.” At the time of these raps, Hov had been running the rap game for six straight summers and was already established as the G.O.A.T, yet here he was, explaining the motivation behind the commercial tilt of his music.

As an art-from which focuses a lot on how its practitioners use words (especially among its fair share of purists) rappers who consider themselves to be the best are usually held to high standards when it comes to content and technical writing. Prior to today’s more diverse and boundless hip-hop terrain, the perception that a rapper was compromising lyrical depth and complexity for crossover appeal was frowned upon by these purists.

In his memoir, “Decoded”, JAY explained that he started out in the late ‘80s wanting to be the best technical wordsmith possible, but upon realising hip-hop’s bright future and seeing rap as a potent medium to deliver stories and life lessons, he began to tailor his music to entertain and connect with more people than it impressed upon. This strategy clearly paid off for him, and JAY-Z is widely regarded as the greatest these days, carving his name into music history books—quite literally—through skill and clarity. The rap mogul is walking proof that making great rap music and cashing huge cheques are not mutually exclusive.

In Nigeria’s needlessly segregated hip-hop scene, there’s the currently held belief that being overtly ‘lyrical/hardcore’ is a recipe for constantly fighting obscurity, while rappers who are commercially successful by peddling different varieties of pop-rap aren’t to be looked at through a lens of critical (rap) acclaim. The effect of this dichotomy is that, the English rap is seen as struggling, while indigenous rap music is sometimes dismissed as an artless form of hip-hop. While this contrasting narrative has been pushed to fans, what’s precarious is that it’s being internalised and publicly projected by the rappers themselves.

On “STFU”, the intro track of his newly released sophomore project, ‘Codename, Vol. II’, Dremo issues a stern declaration of where his intentions lie. Rapping with ferocity, the DMW rapper requests for his name to be left out of conversations about who the best rappers are, since being regarded as the best doesn’t expressly secure him a bag or put food on his table. Ironically, on the day of the project release, there was a whole debate on Twitter about whether or not Dremo was indeed one of—if not—the best rapper in Africa.

The debate, which featured a stinging, yet, ultimately friendly back-and-forth between Ycee and DMW label boss Davido, was more or less an indicator that wanting to be regarded as (one of) the best is an intrinsic and almost inescapable part of rap music, depending on the degree to which each rapper cares. While Dremo claims that he’s only focused on making his money, he can’t control discussions on whether he’s the best—or even a good rapper to begin with—especially in this era of stan culture.

Regardless of where they place their sights, fans will always be selfish enough to believe that their favourite rap artists are the whole package, and casual listeners and didactic enthusiasts will always want to add their two cents. In Dremo’s case, more people went ahead to listen to his new project so that they could chime in on the debate with their opinions—which turned out to be very mixed. Without a doubt, ‘Codename, Vol. II’ is a clear upgrade from its 2018 predecessor; it has the sense of urgency ‘Vol. I’ lacked, the production is diverse and worth its weight, and Dremo sounds more confident than ever while rapping and in his several singing forays.

All these positives, however, don’t quite make up for the project’s negatives, with the most glaring one being that Dremo very often conflates his forward momentum with quality. Regardless, he’s still very prominent in our music scene today, and the reason all of this sticks out is that if there’s a Nigerian rapper who should unanimously be regarded as the whole package, it’s Dremo.

As far as artistic sensibilities go, he’s the middle-of-the-road rapper, who can work within a wide range of rap sub genres as well as afropop. It also helps that he delivers his lyrics in a mix of English and Yoruba, so his sound is quite malleable. In the last eighteen months alone, he’s been on songs with Reekado Banks, Psycho YP, Zlatan, Zilla Oaks and more, without ever sounding out of place. In all this, I don’t think Dremo has ever been put under the pressure to become something of a Nigerian rap messiah, but it’s interesting, however, it’s still quite interesting (and a little disappointing) that he’s not exactly bothered by the expectation that he should be making great rap songs and expressly good projects.

In declaring that making money is his priority, Dremo is decidedly playing into pre-existing tropes, hedging himself closer to the indigenous and pop-rap sect that has a the mainstream in chokehold currently, but is sometimes not awarded its due songwriting credit. In actuality, though, indigenous rappers are not only making some of the most popular rap songs, they’ve been putting out some of the best rap songs in a long time.

Just this week, we commemorated the 10-year anniversary of DaGrin’s passing, an artist who effectively changed the rap game in Nigeria by staying true to his roots, and is widely regarded as one of the best to ever come out of the country. In comparison to DaGrin, whose music still adhered to the more traditional style of rapping, the newer crop of rappers he paved the way for mirror the amorphous and radical nature of rap, globally, but don’t always get their deserved props. For example, Naira Marley’s phenomenal 2019 run was powered by hit songs that made full use of his ability as a quips, as well as his sly yet infectious delivery. Somehow, though, debates still hover around Naira’s validity as a rapper.

It might as well be the aftereffect of “Local Rappers”, the levelling and defining collaboration between Reminisce, Olamide and Phyno that also resulted from elitist concerns. Beyond the cycle of cause and effect, what is most important is, between Olamide’s “Voice of the Streets” and Phyno’s “Alobam”, indigenous rap artists have delivered defining songs while being bankable. Even the supposedly struggling English rap scene has produced independent and talented cult acts like Show Dem Camp and A-Q, who are adjusting the notion of what it means to be successful rappers through the lenses of their own successes.

The narrative that a rappers have to choose between making great rap music or aiming for popularity needs to be challenged and eradicated. As long as the music slaps when we hear it, it’s completely fine for a rapper to switch up their style to improve their chances at wider prominence, however, shouldn’t be an acceptable excuse to deliver shoddy rap. With this in mind all the time, younger rappers will understand that they can aspire to have it all. The pursuit of money, while noble, shouldn’t dampen the pursuit of making excellent rap music, and vice versa.

AFROPOP ON THE RISE: WE’RE WITNESSING A DOMINANT NEW LINE IN THE AFROPOP VANGUARD

Next Article Rap Song of the Week: XNO merge profundity and grittiness on “Destiny”