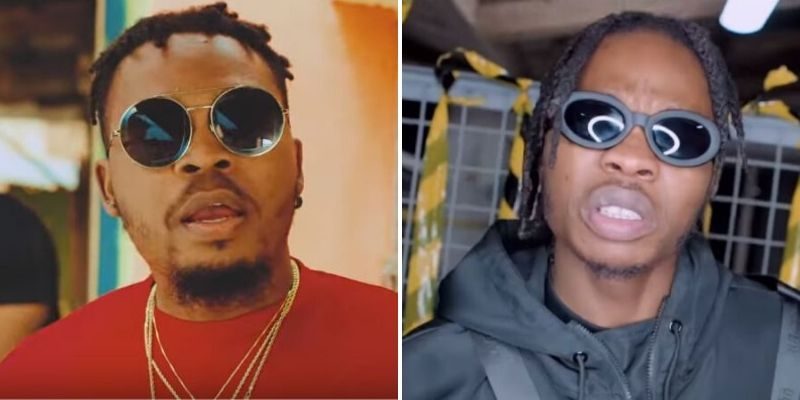 In January 2015, Reminisce, Olamide and Phyno altered the landscape of Nigerian rap music, and by extension, all of Afropop. The three rappers came together for “Local Rappers”, the scorching, classic single which pronounced the beginning of a new regime. “Streets ti takeover, punchline o ja’wo mo (Streets have taken over, punchlines don’t cut it anymore)”, they aggressively chanted over Tyrone’s ominous and gloriously thumping beat.

At the time of this collaboration, all three rappers were already prominent figures in pop culture: Reminisce was gearing up to release his third studio album, ‘Baba Hafusa’, Olamide was four albums deep with numerous hits, and Phyno had become the new face of indigenous rap from the East. With all these successes, though, critical praise was being hoarded in some quarters, especially amongst those who didn’t consider rappers who rap in their native tongues true lyricists. To that effect, “Local Rappers” wasn’t just six middle fingers thrown up at naysayers, it was the sounding horn for a siege that has only become stronger over time.

These days, street-bred music is more integral to the lifeblood of Afropop than it has ever been. A significant portion of the artists that operate in this space use rapping as their preferred vocal medium, but they still face the same stigma of not being regarded as rappers in their own right. In the past year, debates on whether Naira Marley should be considered a rapper or not have popped up frequently, with the detracting side claiming he and other similarly styled artists don’t make ‘real hip-hop’. Without mincing words, this stance is—and has always been—antiquated.

On “360 Poetry”, a standout cut off his 2006 mixtape, ‘Pentium IX’, respected Nigerian lyricist Modenine rapped, “afro hip-hop needs to go to the barber”, an unsubtle dig at rappers who were beginning to infuse elements of their local language into their music. For Modenine, making rap music meant “keeping it real” and adhering to the musical blueprints of pioneering hip-hop acts from the late ‘70s and the ‘80s. What this idealistic point of view doesn’t consider is that, you can’t expect someone who was born and raised in Ojuelegba to rap in the same way as another person who lives in Brooklyn.

Currently, rap music is the biggest genre in the world, and while its global listenership is important for this prestigious standing, its global adoption is also a defining factor. As hip-hop culture traversed the world, inspired and talented artists in each country adopted its musical attribute, with many making sure to localise their own music by infusing elements that are distinct to their environment. In fact, this is the foundation of contemporary afropop.

Pioneering afropop acts of the late ‘90s and early ‘00s, such as the Trybesmen, Maintain and Plantashun Boiz, were known for dousing their hip-hop/R&B-influenced leanings with distinctly Nigerian qualities, like the stories they told and their liberal use of pidgin. In doing this, they weren’t diluting the essence of hip-hop, rather they were creatively evolving those influences to assimilate their peculiarities. While they amplify this ideal much more, indigenous rappers of these days are only working within the same context. These artists are reflecting their societal and linguistic conditions, while also tapping into a myriad of musical influences and setting trends in the process. That’s ingenious, if you ask me.

On the other side of this madcap creativity, is the widespread acceptance of these locally-indented and street-bred from of music. Over the last decade, no rapper has held Nigerian pop culture in a chokehold like Olamide; Phyno and Reminisce are still two of the most bankable rappers in Nigeria; with his slew of anthems, Naira Marley dominated music conversations last year; and Illbliss may not be in his phase of consistent hits, but he’s made an enduring career off rapping in a mix of English, pidgin and Igbo.

All of these successes isn’t really unprecedented, though. In his classic 2007 single, “Ruggedy Baba”, Ruggedman points that “the fusion of grammar, your slang and your mother tongue” is a sure way of connecting to listeners in and from your homeland, and it also roots your music as it travels all over the world. Even though he spits most of his lyrics in clear English, the Yoruba folk production and 9ice’s phenomenal hook in Yoruba were markers that Ruggedman was somewhat prescient and on-the-money. He wasn’t detracting from or predicting doom on English-speaking rappers, but letting his colleagues understand the legitimacy of those who choose not to rap in English or adhere to old rules.

Following the stunning run and nationwide success of the late great Dagrin, you’d expect for there to be a permanent change. Instead, indigenous rappers still have to contend with the same thumbed nose treatment from a self-appointed cognoscenti. The amusing part about this view, is that you can find older precedents for even the most eccentric personalities in this sect: Mr Real is more or less mid ‘00s Soulja Boy, who grew up in Agege, and you can trace the rambunctious yelps of Slimcase all the way back to Public Enemy’s Flava Flav.

In more ways than one, the growth of street-bred rap mirrors the growth of hip-hop in general. As it’s become more global, rap music has evolved into a multiplex of styles, and the genre has only grown bigger from accepting the legitimacy of these formerly unorthodox and more melodic deliveries. In the U.S, trap music and its variety of adjacent stylings have pushed past the backlash of boom-bap purists to become pop music norm, the Chicago-popularised drill music now has strong footholds in the U.K and amongst a sect of Latinx rappers, while Latin Trap and French rap music are making global superstars of their foremost purveyors.

Can’t wait until the day that people realize the biggest artist in the world being a rapper is a huge win for the culture.

Drake once rapped, “I’ve got the billboard melodies, rap is just something I do on the side”, a conceited smirk at the criticisms he’s drawn from those who don’t fully regard him as a rapper, when he embodies the boundless scope of what it means to be a rapper in the 21st century. In the same vein, you can mention inventive and influential iconoclasts like Future, Young Thug and Playboi Carti, all of whom have constantly flouted the idea of what old hip-hop heads deem to be rap music.

In the Nigerian context, Olamide, Naira Marley and their colleagues who adopt the same ideal are not only making boundless rap music, they’re also setting the blueprint for tomorrow. From this perspective, it’s easy to realise that not giving indigenous rappers their due has its drawbacks for Nigerian hip-hop as a whole.

These days, there’s a certain narrative making the rounds about how rap music in Nigeria struggles, however, if you look at Nigerian hip-hop and sum up its parts, you’ll realise that rap music in general is thriving. The same rap scene that is often condescending to its increasingly successful, indigenous counterparts could do with some integration to catalyse its growth.

The result of this is interactive co-existence, where both sects respect, mingle, support and collaborate in formal and informal settings. In addition, rappers will be mindful of their own artistic sensibilities, the same way mainstream afropop and street-hop artists are, such that there’s an avenue to tap into each other’s fan base and build real value, rather than pointlessly debating who or what is real rap.

Next Article Best New Music: Odunsi The Engine & Tems’ “Decided” is the perfect song for self-reflection