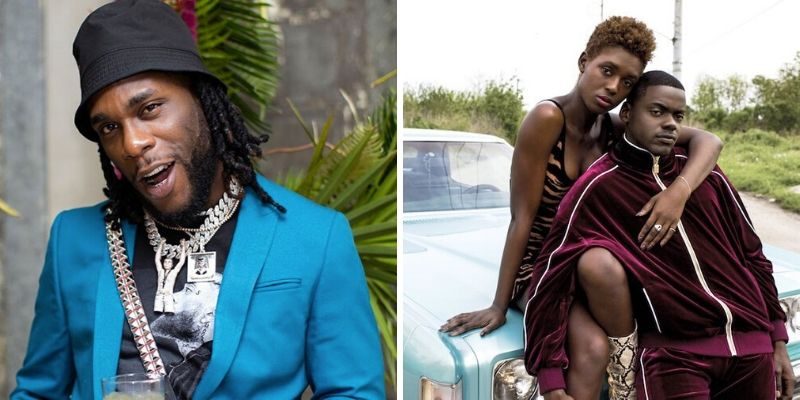 Last Friday, the iconic Motown Records released the soundtrack for the highly anticipated “Queen & Slim” film, ahead of its release later this month, and enlisted the talents of Burna Boy  – one of our most politically charged musicians today. Starring Get Out’s Daniel Kaluuya and Jodie Turner-Smith as a “black Bonnie and Clyde”, the film is set in a racially prejudiced American society, centred around black people’s fight for survival.

The soundtrack celebrates black talent and artistry with original songs from artists like Lauryn Hill, Blood Orange, Megan Thee Stallion, Burna Boy, 6lack, Syd and more. It’s no surprise that Burna Boy was chosen for this, given his current international pull and the politically charged subject matter of his songs is in keeping with the film’s vibe.

Though his latest project, ‘African Gaint‘, showed off a wide range of sonic influences and themes, cuts like “Dangote” and “Collateral Damage” stood out for their political sentiment. On “My Money, My Baby”, he samples the beat from Fela’s “Shakara” for an energetic groove that could fit in perfectly in a chase scene in the film.

Channelling Fela’s chant melodies and his jazz fueled beat, “My Money, My Baby” captures a familiar sentiment for black people all over the world to stand up against oppression. The song is yet another testament to Burna Boy’s cross-over into the international music scene with Hollywood’s embrace of the singer. The ‘Queen & Slim: The Soundtrack’ is his second feature in American cinemas after featuring on Beyonce’s ‘The Lion King: The Gift’ soundtrack album.

Stream “My Money, My Baby” below.