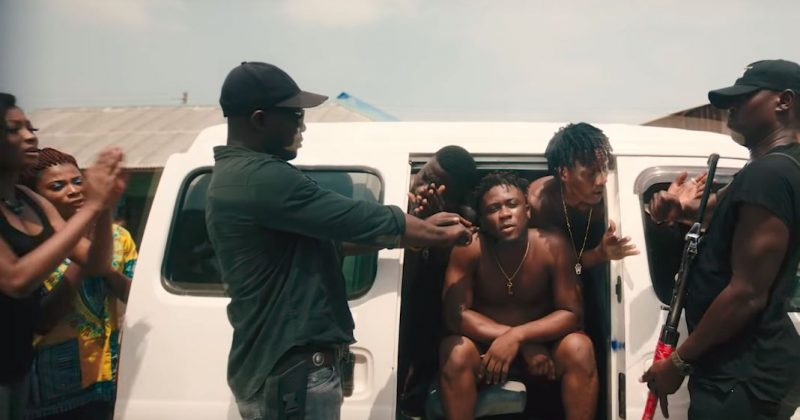 Burna Boy’s “Dangote” continues his penchant for spinning personal tales of strife into pop songs that everyone can relate with. His encouraging message for hustlers sees him shift from the club-focused mood that made the Zlatan assisted “Killin Dem” such a recognizable hit. But with the music video for “Dangote”, capturing the broad scope of Burna’s heartfelt lyrics, the video is sure to boost the song’s popularity.

Clarence Peters directs the music video, conveying the relatable theme of the song through the different characters who perform the lyrics as if the words were theirs. The wistful slow-mo clip and the well orchestrated scene sets depicting the average hustling Nigerian on the street are striking with each scene telling its own story. But with Burna Boy’s absence from the video till his appearance on a TV screen at the tail end, the video for “Dangote”, a moving celebration of the hustling Nigerian, subverts the hero-worship for a tribute to hardworking Nigerians who get questioned for their ambitious spirit.

You can watch the music video for “Dangote” below.