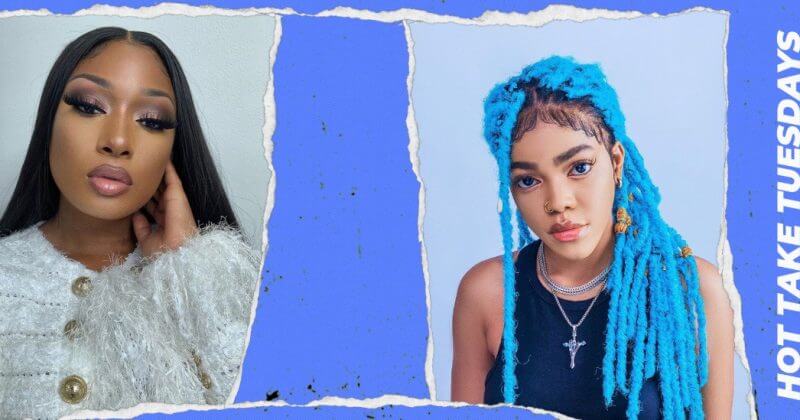 TW: This post contains details of assault and physical violence against Black women.

As you could probably have already guessed from the featured image and title of this post, the gravity of today’s Hot Takes is not one to be taken lightly. Black women are angry at becoming the punchline, endlessly on the receiving end of harassment, violence, vitriol, assault, and physical and sexual abuse. It’s become increasingly clear that men don’t care about us, neither do they care about our experiences, so what better way to vent than to do things differently this week and address the concerns that many Black women, like myself, share.

This week we’re dedicating our weekly Hot Takes column to all the Black women within the NATIVE community around the world, we see you and we stand with you. Pop culture and its woes can stay on pause for the rest of the week, while we address pressing issues that continue to plague and frustrate the lives of many women in today’s misogynistic world. The constant ways our stories are belittled and lambasted have thrown the frequent disregard of women into centre stage and it will not go unaddressed any longer.

Megan, Tory Lanez and the Vilification of Black Women.

By Vanessa Iloenyosi and Tami Makinde

This year has been an insanely terrifying year for a number of reasons. For us as people, we are trying to survive a global health pandemic that has disproportionately affected the economy and life as we knew it. For us as a Black community, we are trying to survive a pandemic that is affecting our community at disproportionate rates, while escaping death at the hand of white supremacist police officers because of the colour of our skin. But most importantly, for us as WOMEN who are from black communities, as we are trying to survive a pandemic, being targeted for our skin colour, all while trying to protect each other from sexual and gender-based violence, responsibilities placed solely on our shoulders because the world has shown that it is not looking out for us.

Back in July, Tory Lanez allegedly fired four bullets at Megan thee Stallion after the pair attended a party in Hollywood, with two of the bullets injuring her feet, requiring surgery. At the time of this news, social media was awash with memes on what had supposedly gone down, many making Megan thee Stallion the butt of several distasteful misogynistic and transphobic jokes. After weeks of speculation, Megan shared the name of her shooter as Tory Lanez who remained quiet during the whole spectacle and didn’t respond until a few days ago where he had to audacity to capitalise off her pain.

On September 25th, the rapper shared a surprise full-length album titled Daystar, focused around clearing his name, gaslighting his victim, and gaslighting the female artists, who stood in support of his victim; all without a single shred of proof. This album shot up to number 1 on the Apple Music chart – a ranking he would never have achieved if not for the incident and the notoriety of his victim. The album sent social media into a frenzy. In the most unfortunate and pathetic turn of events, we witnessed a wave of people rise and attack the Megan, the victim of Tory Lanez, inexcusable and unfounded violence. These attacks came predominantly from the African American community, many of the men (and some women) who wished to hear Tory’s ‘side’ of that night. This mob of misogynistic enablers; without any legal, medical or forensic investigation experience, ran to Meg’s Instagram comments to accuse her of lying, being in the Illuminati and my personal favourite, trying to bring a successful Black man down. LOL. 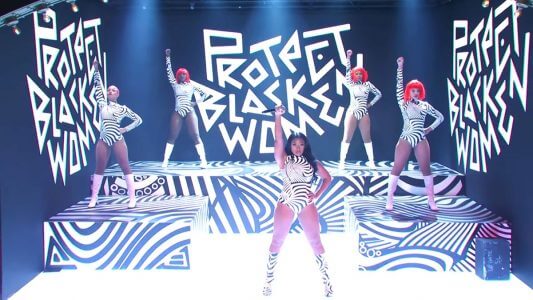 In 2020, I was reminded that the greatest crime one can commit in life, is to be born a Black woman. The ruling from the very unfortunate murder of Breonna Taylor; who like me, was a Black woman just trying to make it in life, showed White America charging her killer, Myles Cosgrove not for ending her life unfairly but for making the mistake of letting one of the bullets meant for her, fly into her neighbour’s home. For months, Black people all over the world protested Taylor’s killing; black people demanded justice and cried out in pain when the ruling was finally passed. So how was it, that the very next day, these same members of the Black community, saw a victim, who looked like them, talked like them, and has similar experiences to them but decided the best bet was to side with the abuser and attempted murder because he released a music album, without any single iota of proof to back up his noise. Why is it that these people, more, unfortunately, these fellow Black women, felt more comfortable accepting the story of the accused and ignoring all the evidence from the victim.

Tory Lanez’s behaviour, and the lack of real consequences so far, fits into a wider pattern of abuse against Black women in the world and particularly within the hip-hop community. Lanez chose to capitalise on a Black woman’s pain while placing his own struggles at the forefront, allowing his fans to endlessly berate thee Stallion and dehumanise her further, following months of targeted vitriol on social media. On the project, all implications are considered except the ones which might imply wrongdoing on the part of the man – Lanez plays on society’s constant disregard for black women. Men like Tory Lanez know that they will never be held accountable and they can escape any blame by playing the misogyny card and frankly, it is getting tired. And phrases like “protect black women“, “believe black women” or “black women are powerful” are doing little to help women if they are nothing but buzzwords to attract engagement on social media. Protecting black women is more than a hashtag and goes far beyond the confines of social media. Protecting black women means all black women, regardless of who is related to you and regardless of who their assaulters or perpetrators are.

Lil Frosh deserves to be in jail

Yesterday, it was reported that a model and influencer by the name of Gift Camille had been suffering assault at the hands of her boyfriend of 10 months, the latest DMW signee, Lil Frosh. Shared via the Instagram account of her brother and manager, Michael, details of the months of assault were divulged which included details of how Lil Frosh’s tyrannical and cowardly outbursts on his girlfriend, Gift developed over time including reports of the rapper filming her naked and threatening to share these images if she were to step out of line.

In his account, Michael shared that he came to find out about the assault on the 22nd of June when Gift was booked to attend a video shoot for Lyta but turned it down because Lil Frosh would have not liked her appearing in the video, allegedly claiming it was unknown to him that the real reason she was reluctant to attend was because she had been physically assaulted by the now ex-DMW signee. On another occasion, Michael received a call from the rapper begging him for several hours to be reconciled with his sister after claiming he would not physically harm her any longer. Lil Frosh went as far as alienating Gift from all her friends and holding her back further from other work opportunities, damaging her belongings, and threatening to post videos of her online. Let’s not even get into the fact that her brother was aware of this and didn’t throw hands with this guy because no amount of begging can make me let anyone get away with harming my siblings.

And then on social media, the disregard for women continues. Despite the fact that Lil Frosh repeatedly perpetuated crimes that should be treated with the highest matter of priority and empathy for the victim, it was incredibly sickening to find that people online still found ways to make light of the gravity of the harm that has been caused to a woman. You need only look at the comment section on any of the vile gossip sites and even on the victim’s page as well, where people have made insinuations that she was looking for trouble by dating a rapper or justifying the harm because of how provocative women can be. Not only is this victim-blaming, but it is also entirely reductive from the matter at hand and it shows just how little Nigerians care about harm against women, especially when it’s at the hands of men they’ve trusted.

In this current social climate, domestic abuse and physical violence against women is not to be tolerated and should be more than enough grounds to call for an official arrest of Lil Frosh. Today, Davido also shared that his label, DMW would be terminating their relationship with the rapper as domestic violence would not be condoned within their camps. I believe that further than terminating his contractual career, he needs to be publicly denounced, and further, he should be behind bars. We don’t want the music anymore or his name on any concert lineups, Lil Frosh needs to be in jail.

Beyond this, this is the second time this year that a member of the DMW crew is being caught in disturbing news concerning harm against women. Earlier in January, Peruzzi was accused of defrauding Daffy Blanco of 15 million naira and also trying to force himself on her. Months later, in a now-deleted Twitter thread, she went into great detail on how Peruzzi forced himself on her even after she rejected his advances. The singer has repeatedly denied these claims but around the same period, a string of older tweets detailing how if a woman did not accept his sexual advances, he would forcibly have sex with them surfaced. Rape jokes are not funny and they will never be, they are an act of violence against women and a further way to propagate rape culture in our society. I’ve come to the understanding that men simply do not protect women, as we have seen on numerous occasions where women (and the LGBTQ community) are the only individuals backing women on social media and in real life, against the harm and abuse caused to them by men.

We all have a social responsibility to not only be decent human beings but to make our homes, offices, social and online spaces safer for women and not just the ones that we have a close familial, platonic, or romantic relations to. Anything less than this should be treated with utmost haste and attract zero acceptance for such egregious acts.