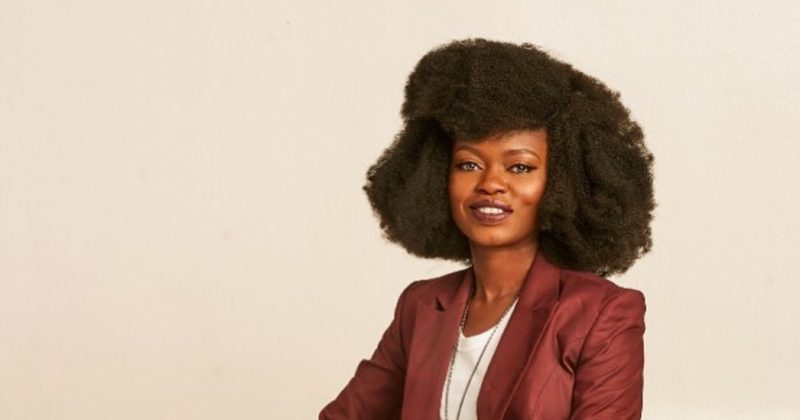 For the Girls: Oluwaseun Ayodeji Osowobi’s S.T.E.R Initiative wants survivors to know it is never their fault

“First of all, it’s not your fault at all that someone is abusing their power, trust, and love. We let women know that love is great, but should never be violent. If any love is violent, then it’s not love at all and they should not be in a place where they do not feel safe. We help them understand what support is available for them and the risk of not leaving an abusive relationship”.

This is what the founder of the StandtoEndRape Initiative, Oluwaseun Ayodeji Osowobi, wants every woman to know first when they come to her non-profit organisation for help. The guided and emphatic teaching that no woman brings assault upon herself, regardless of the nature of her relationship and a reminder that love does not justify physical abuse in any way.

StandtoEndRape Initiative or S.T.E.R as it is commonly known has been the brainchild of Oluwaseun Ayodeji since its inception in 2014 when the youth-led movement was born. Since surviving her own abuse in 2011, she has remained dedicated to raising awareness of violence against women and girls. “I started S.T.E.R because I saw a death in resources,” she tells me over a Whatsapp call, “I saw there was a death in resources in terms of content around sexual violence and what rape is and how people should break the silence and speak up and there was a death of resources in terms of where to get the help”.

To bridge the gap in this death of resources, Olwaseun Ayodeji took on the arduous task of fighting for women like herself, and those who were less privileged, in a country where women’s issues are still placed on the back burner. Her fight against the system came with its struggles and limitations, “When I first started, it was really tough and difficult because I would get a case and I would struggle between getting medical help, legal help, mental health therapy and economic empowerment at the same time for just one person”. From battling with the inept court systems to dealing with policemen who couldn’t care less about women, Oluwaseun Ayodeji struggled to keep S.T.E.R running but amidst all odds, she continued to fight for the women who sought out her help.

“The police at some point were frustrating, the legal system was frustrating, the medical system as well, it felt like the world was on my shoulder and I was struggling. Until people starting reaching out to volunteer their services, and I was able to help more people. Even now, there are times when we get cases and we refer them and we don’t get the outcome we are hoping to get, and for the client, it’s like ‘STER has failed me’, but it’s really just the system that didn’t let things work, and people don’t see that. It’s been a difficult state to navigate, especially when people have to get evidence for their case to receive justice”.

Now, S.T.E.R is a full-functioning youth-led non-profit organisation with offices in Lagos, Abuja, and Port Harcourt and volunteers in other states across the country. S.T.E.R also provides a range of programs for women and children that range from advocacy to mental health coaching. “We run a range of programs from on-ground community-driven activities and advocacy to litigation, research, M&E, and learning which monitors our impact and scale our activities to even communications for creatives or writers to get involved in and mental health, and psycho-social support unit” she explains to me, listing off the different departments available for volunteering.

With worldwide lockdowns and social distancing becoming the order of the day, Oluwaseun Ayodeji is seeing a disturbing surge in the number of cases she receives. “We have received an increase in the number of calls and reports and at this time where our impact is limited, we are working on referrals for shelter services, and also providing support for mental health. Because of the lockdown, we are not able to provide our medical or legal services in Lagos, but for other states, we are able to do so”. Even during our interview, she is distracted by incoming messages from women seeking out help from her, which shows just how steep these cases have become in recent times.

April is sexual assault awareness month, and to close out the month, a group of women were brave enough to name and shame their abusers on social media yesterday. A remarkable feat in which we witnessed true strength in numbers and camaraderie in women siding with each other against a patriarchal, misogynistic society that still sides with the abusers and perpetrators in power over women. S.T.E.R saw this social media callout as an opportunity to reach out to more women and men who are currently in abusive and violent homes. They have also currently teamed up with Piggy Vest to start a donation fund for women who are unable to cover their own legal fees.

Hey survivors, your timeline is probably very triggering today. Abusers are being outed and hard but important conversations are being held. Remember you can get help and much needed support from us ❤️
Fill our form at https://t.co/dI5BbpH5uG
We love you, it was never your fault.

Many non-profit organisations like StandtoEndRape have achieved great results already within Nigeria, but like the social attitudes towards victims on social media constantly shows, there is still great work to be done to centre the narrative on victims and quash the men who abuse their power.

For Oluwaseun Ayodeji, her long-term plans for S.T.E.R all involve working hand-in-hand with the government to help victims and provide data that will be used to influence future policies and laws. “We’re looking to morph into a capacity-building organisation to help governments to develop programs to help assault survivors. It’s very hopeful and grand, but by the next 5 years we are hoping that we have other organisations doing what we do now, directly providing support to survivors giving us the chance to progress into something much more”. With the government already taking on suggestions from these youth-led organisations such as the federal sex offender’s registry we finally got in Nigeria, and plans for a new Sex for Marks Bill, S.T.E.R’s long term plan is definitely within reach if we all work together.

People, in collaboration with @StandtoEndRape, we now have a link where you can donate to the legal fund to help the ladies who have come forward.

ICYMI: We need to make abusers face the music and here’s why

0000
Previous Article In Conversation With Jojo & David, The Brothers Behind No Signal’s 10vs10 Battles