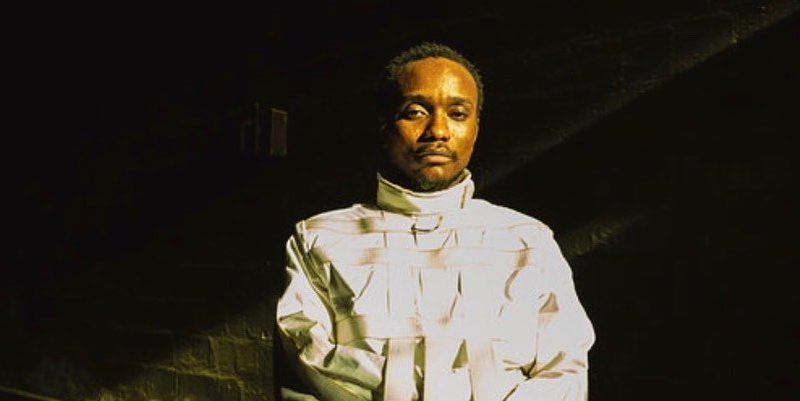 “I think that all women go through some form of micro sexual aggression, We’re often trained to think that’s just normal, that we have to grin and bear it. “Unless it is rape, [many of us] feel like we can’t really talk about it or that we have to take it in our stride and even laugh about it”.

According to the WHO, one in five women will be sexually assaulted at some point in their lives, and to bring it closer to home, UNICEF says 1 in 4 Nigerian girls are victims of sexual violence before they turn 18, and according to a national survey carried out in 2014, only 38% of those who experienced sexual violence as children told someone about it, and only about 5% asked for help. As though without them, it wasn’t clear enough, these jarring numbers show the need to protect our women–all the time.

April is sexual assault awareness month, and to close out the month, a group of women were brave enough to name and shame their abusers, including some prominent members of the entertainment industry such as Brymo. Every time this happens, society’s attitudes towards assault and why the aforementioned numbers are as high as they are is made evident.

Two summers ago, young Nigerian women took to Twitter for their version of the #MeToo movement as they named and shamed their abusers and rape apologists living amongst us, which was a monumental moment for Nigerian women in general. This was when whispers of Brymo’s misdeeds fist came to light, and activist Uche Nelo alleged that the singer had been sexually inappropriate with a friend of hers. Her tweets were brushed aside as quickly as they came up, and the singer continued to make music and carry on his career like normal.

The justice system isn’t always on our side, and we still see abusers in power going about their business as usual, (see Busola Dakolo and COZA) therefore, we’re taking matters into our own hands and creating justice for ourselves in the little way we can. Social media has become a tool to name and shame violent behaviour, in a bid for abusers to get their due and be ostracised from society, giving us a semblance of victory.

As a woman, I can confidently tell you that most other women I know have experienced some sort of inappropriate sexual behaviour, and this has been the case for most of our lives since we were little girls. Almost every day, we hear about women who have been assaulted, in situations that could have very easily been us or another woman we love. Every time these stories come up, we’re either reopening old wounds from our past experiences or laden with anxiety about whether we could be the next victims.

Yesterday, before Beyoncé and Megan Thee Stallion sanitised our minds with the fantastic “Savage” Remix, the timeline was very heavy with women expressing the many dangers we face every day, at the mercy of sexual abusers and Brymo came up again, but this time with a detailed description directly from his victim, which brings to light how casually sexually inappropriate behaviour is viewed in society, and the damage it does to women.

This came directly from brymo’ victim and when Uche Umolu called him out, y’all called her bitter pic.twitter.com/dLhi8M2Y7v

Casual attitudes towards sexually inappropriate behaviour leave room for violent and abusive men to continue hurting women, and we have dismantled and learnt too much over the years to let the fear of consequences derail the fight. By the looks of it, with the way Brymo has continued like normal in the face of these accusations, it wouldn’t be a far cry to assume that at this point, he either doesn’t think he did anything wrong in that account, or believes (like most men do) that he can get away with it.

Everywhere in the world, cases of sexual assault are swept under the rug and those who have been called out usually get away with it, leaving their victims to pick up the pieces they shattered. It took nearly 3 decades to bring people like R Kelly, Harvey Weinstein and Bill Cosby to justice, thanks to the silence culture and the power they had to build a system that protects their horrible behaviour.

This should be seen as more than a scandal for Brymo and all others who were accused. In calling this behaviour out and holding perpetrators accountable, we are uncovering the socially ingrained cultural and political disparity which shows up in sexual behaviour towards women. We are also sending a message that in the future, other people can’t get away with their abusive behaviour when they see that there are consequences.

We have absolute autonomy over what kind of entertainment we consume, and supporting abusers (alleged or confirmed) sends a message to them that they can continue their behaviour like normal. It also validates and gives confidence to other people like them, who could go on to endanger another woman around the world.

We all know how difficult it is for them to face the law, so what we can do, is hit them where it hurts. By listening to their music and allowing them to carry on their lives as usual with no consequence, we enable their behaviour. To put it simply, someone like R Kelly was able to prey on young black women for 3 decades and pay his way out of getting into trouble for it, because he made a shit load of money from people listening to his music.

In addition to supporting female-focused spaces which dismantle patriarchal norms, such as Femme Africa, Stand To End Rape, The Dcktator, Wine and Whine, Confident & Killing It, The Consent Workshop and more, we must also ensure that we’re actually all creating safe spaces for women. These platforms give room for women to speak up and form bonds over our collective harrowing experiences as women, with a real sense of sisterhood, community, and protection that we see being fostered.

Women typically bond over these shared experiences, with the common denominator being abuse from men. The sheer number of women who spoke up yesterday on the timeline should give you a good gauge of how rife it is for us, keeping in mind that there are loads more who don’t have it to do the same.

To every woman struggling at the moment, we can hear your silence and we’re here to remind you that awareness is victory and we will continue to fight. We’re all aware of how much more needs to be done, however, looking back at where we’re coming from, the acknowledgement of a problem is a step in the right direction.

Here are some useful contacts within Nigeria to have if you need to speak to someone:

Words by the women at The NATIVE: Tami Makinde & Damilola Animashaun

ICYMI: Women take to Twitter to call out their sexual harassers