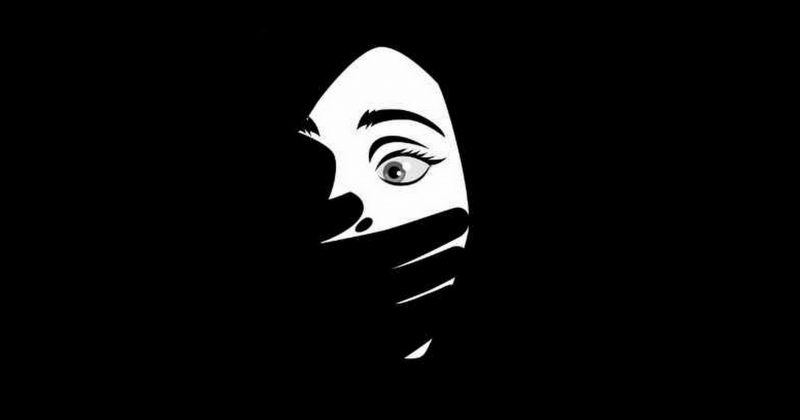 21-year-old survivor, Olive Nnorom first heard that celebrity photographer, Busola Dakolo was allegedly raped by her pastor as a teenager, during one of her group therapy sessions back in June. “At that time, I didn’t know who she was or what they were talking about. So, I went on Twitter to read about it and I was shocked,” Nnorom said, explaining that the story hurt so much she immediately became outraged.

Earlier on in the year, Busola spoke in an interview about being defiled as a teenager by her pastor, Biodun Fatoyinbo, founder and head pastor of COZA. The allegations, detailed and dreadful, sparked conversations, much like the one in Nnorom’s therapy session, on Nigeria’s rape culture in a way that previous allegations haven’t before.

Since the news broke, Fatoyinbo has been accused of rape by other women. Today, he’s a free man who continues to deny the allegations, “I have never in my life raped anybody,” he wrote in a statement released June.

In the weeks following Dakolo’s interview, social media was flooded with doubts and questions asking why she took so long to come out and why she felt the need to ‘expose a man of God.’

Ours is a deeply patriarchal society, which has normalised abuse such that women are blamed and questioned, while their perpetrators exonerated. UNICEF says 1 in 4 Nigerian girls are victims of sexual violence before they turn 18, and according to a national survey carried out in 2014, only 38% of those who experienced sexual violence as children told someone about it, and only about 5% sought help.

These numbers point to a harrowing reality that many survivors don’t talk about their experiences in fear of being chastised for it. In spite of her on-going therapy, Olive Nnorom reiterated this too, buttressing the mark of disgrace attached to being assaulted. In her case, it contributed to her long silence, and lack of why she didn’t feel comfortable sharing her story. “The first time it happened, it was a family friend. Other times were strangers and a coursemate,” Olive told The NATIVE.

A new generation of women

But it’s possible, that in the wake of the global #MeToo movement, things are slowly taking a different turn. Nigerian women are sharing their stories and starting movements that speak against sexual violations and the many ugly forms it rears its head.

26-year-old women’s rights advocate, Fakhriyyah Hashim is one of them. Through #Arewametoo, Hashim is trying to change how Arewa (a collective name for the north of Nigeria) sees cases of sexual abuse.

It can be argued that Nigeria’s north is the most conservative region in the country. Women there don’t traditionally discuss sexual or physical abuse openly, but this movement, co-directed by Hashim, is opening doors for more women to share and seek psychosocial help.

“There has been a shift. You look at the conversations and how people viewed sexual violence 5 or 10 years ago to now, it is very different,” Hashim told The NATIVE. She’s convinced that now, more than ever, women have washed away the shame associated with calling out sexual violence, “You can see from last year to this year that women are saying ‘this happened to me, I am not ashamed of it and I am not responsible for this heinous crime that happened to me.’”

According to her, all it takes is one person to shatter the glass of silence, and others follow. This is why it’s important to highlight the wave of protests and conversations post-Dakolo’s #MeToo moment, challenging the role of the church in trivializing sexual harassment. Like Busola Dakolo, in Northern Nigeria, Khadijah Adamu’s voice, gave many northern women the strength, under #ArewaMeToo, to take off the masks they previously used to discuss gender-based violence. Beyond publicly sharing stories, these women have created specific tools for other women to use. There are mental health organisations that provide mental health support to women who have been abused, and not-for-profits dedicated to filing police reports and assigning lawyers to survivors who want to take their case to court.

It is not just Nigeria. Women from all over the continent have had enough. In June, CNN reported that three women accused Gambia’s former president, Yahya Jammeh, of a series of rapes and sexual assaults while in power. A month earlier, a former presidential adviser in Sierra Leone spoke on being assaulted by a church leader and how that impacted her life.

While more women are bracing the odds to challenge Nigeria’s widespread rape culture, it is not without challenges. Dakolo’s allegation, for example, earned her a visit from the Nigerian police who claimed she was being investigated in a case of criminal conspiracy. She also had to contend with trolls on social media and whispers on the streets that was lying about being assaulted.

Maryam Awaisu who co-directors ArewaMeToo with Fakhriyyah Hashim was arrested in Kaduna, northwest Nigeria by men of Nigeria’s Special Anti-Robbery Squad (SARS), a notorious branch of the Nigerian police. Awaisu, 29, was picked up in February after a political aide filed a defamation petition against her for calling him out on a series of allegations of sexual abuse.

These societal pushbacks are not limited to Nigeria alone. It has hit women in many countries including the United States and Uganda. But survivors in Nigeria say they feel a different kind of fear, “Women are not and may never be safe in this country,” Olive Nnorom said, sullenly. It is why those who are damning the possible consequences and creating awareness about the dangers of abuse are winners; It takes immense courage to constantly work towards breaking a system that was built to break women.

I have just been briefed by my lawyers on the court’s ruling in the matter before it pertaining to my stand against injustice represented by the reprehensible actions of Mr. Biodun Fatoyinbo and, in light of the present and anticipated inquiries from friends, family and well-wishers, it is pertinent to convey my sincere reaction to said ruling. When I set about confronting one of my biggest fears and a horrible experience from my past, the first hurdle was finding the confidence to. Victims usually do not find a place for their voice, certainly not in our deeply conservative country where might is right and a virtue while innocence is a licence for abuse and disregard. I had no illusions about the herculean task before me in not only openly confronting the man behind the mask but seeking remedy and sanction against him before the court. I set out to ease the hurt, the sense of shame and abuse, the nightmares and traumas not by securing judicial victory only but by boldly sharing my story and calling out my transgressor robed in the vestiges of clerical power and pretence. I understood and accepted that by voicing out I was silencing the screams in the night. Ever since my story broke, the reactions were mixed but largely comforting. I noted that otherwise hushed victims of rape and sexual abuse were taking a cue from my stoicism in the face of ridicule and opposition and sharing their equally appalling stories. It is in this response that my victory was sealed, in knowing that one woman’s boldness could encourage others and challenge the institutionalized silence and the repression of the victim’s narrative by a culture of guilt-tripping, stigma and an inexplicable clamour to make irrational excuses for sexual offenders. Even so, there is much to be said about what transpired in court. In the court’s wisdom, my legal action is statue barred and that means the time has passed within which I could or should have initiated the suit. The substance of the suit which is my allegations of sexual abuse leading to emotional distress on my person against Mr. Biodun Fatoyinbo has neither been entertained by the court nor ruled up

Last week, Busola Dakolo put out a statement on her Instagram page after a high court in Nigeria’s capital city, Abuja, dismissed a case she filed against Biodun Fatoyinbo. In September, she drew up a civil suit against him for intentionally inflicting her with emotional distress. She wrote that she is fine with how things have played out so far because awareness is victory.

“I set out to ease the hurt, the sense of shame and abuse, the nightmares and traumas not by securing judicial victory only but by boldly sharing my story and calling out my transgressor robed in the vestiges of clerical power and pretence. I understood and accepted that by voicing out I was silencing the screams in the night.”

When matched against an even more recent case involving two artists, DJ Rico (real name, Segun Rasaq) and Don Chima George, who were accused of raping an unconscious girl, the pattern seems familiar. First came the social media uproar, then the parade of arrest, leading up to a series of adjourned court cases. Last anyone heard of the ‘suspected’ rapists, was that they were both free men.

Still, it would be defeatist to deem the demand for justice null, because the system failed the victims. For Busola Dakolo, part of her healing was confronting her abuser, and that itself is a win. Awazi Angbalaga, 25-year-old women’s rights advocate and radio personality told the NATIVE that Dakolo has done more than just healing from the trauma she experienced as a teenager, “She has helped other women in similar situations heal too.”

Angbalaga works for Standtoendrape, a not for profit with a focus on providing psychosocial support to survivors of gender-based violence. She strongly maintains that having the strength to confront trauma from abuse is worth celebrating. “Busola went to court and more people, now more than ever see the need to hold their religious leaders accountable. I have personally seen it in my church in Abuja. How is that not victory? It is because a lot more people are checking, they are asking the right questions, they are not quiet,” she said.

Beyond awareness, however, it is clearer than ever that a lot more needs to be done. Law enforcement, for example, is still a major challenge as perpetrators often get away with acts of violence. The acknowledgement of a problem is a step in the right direction, but perhaps the new war to be waged by civil society and other interest groups is against the patriarchal instruments that prevent justice from being served. Until then, the hope is that naming names and having conversations about the experiences of multiple women, will tilt us in the direction of minimizing sexual violations.

Aisha Salaudeen is a multimedia journalist at CNN, with experience telling and helping people tell stories. She has worked in full time and freelance journalism, using videos and text to report diverse human interest stories. Tweet at her @aishasalaudeen