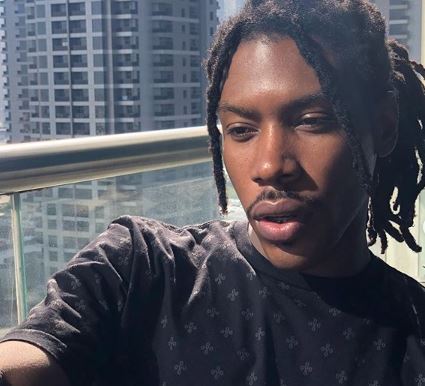 Santi’s a star. In May, the multi-hyphenate artist released his highly anticipated debut album, ‘Mandy & The Jungle’. Since then, he’s been stacking notable achievements, especially in the US where he’s improving on his crossover potentials. Last week, images of the singer directing the video for Goldlink’s “U Say”, featuring Tyler, The Creator and Jay Prince, filtered through to exciting reactions.

Adding to the good news, Tyler, The Creator recently unveiled the promotional flyer for this year’s edition of his annual “Camp Flog Gnaw” music festival, and Santi is billed to perform on the festival stage. Taking the stage on the second day, Santi will perform on November 10th at the Dodger Stadium in Los Angeles, California, to a crowd of over 56,000 concertgoers. The LVRN-managed artist’s appearance at “Camp Flog Gnaw” will make it his second consecutive festival performance in November, following his set at “Day N Vegas 2019” during the preceding weekend.