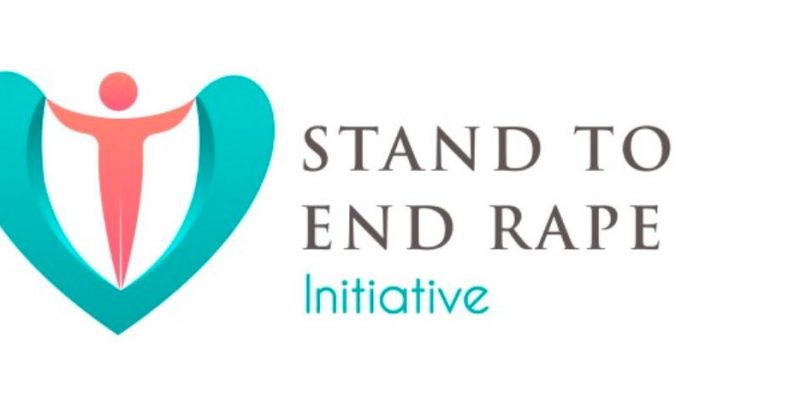 Since surviving her rape incident in 2011, Oluwaseun Ayodeji Osowobi has remained dedicated to raising awareness of violence against women and girls. She founded the “Stand To End Rape” initiative with the aim to support victims of sexual assault, as well as to advocate against and prevent it.

In addition to training healthcare providers on sexual violence response mechanisms, donating HIV test kits to community health care centers, and developing an app for victims to map and contact police stations and healthcare centres, She just announced the initiative’s latest project, explaining that they’re seeking to create Nigeria’s first Federal Sex Offenders Register and lobby for the Government to mandate its use as a statutory requirement.

The absence of a system to hold assaulters accountable only straightens them to keep predating on girls and women. With the high rate of sexual violence crimes in Nigeria, it’s time to effect a change to discourage predators. The creation of a Sex Offenders Register can assist law enforcement officials to put restrictions in place to deter citizens from being exposed to the dangers posed by known predators and thus reduce sexual offense in the country; “The primary goal is to prevent sexual violence and reduce sexual re-offending”.

Recognizing degradation doesn’t work as well as reintegration, she stressed that the list won’t be made available to the general public but for law enforcement authorities, employers of people who work with children or vulnerable adults, authorities responsible for licensing institutions who care for children or vulnerable adults, and those responsible for approving foster care and adoptions. Her Instagram post explained that the drafting of the policy brief is still ongoing but Stand To End Rape’s partnership with Harvard Black Law Students Association (HBLSA) holds a lot of promise for the initiative.

Press Statement: @standtoendrape Initiative is embarking on an ambitious project; seeking to create Nigeria’s first federal Sex Offenders Register and lobby the Government to mandate its use as a statutory requirement. Nigeria has one of the highest percentages of sexual violence in the world and the lack of a system of accountability emboldens perpetrators to offend and keep re-offending. The problem being addressed is that Nigeria has no system in place to keep track of the activities of sex offenders. People who have committed sexual offences continue to maintain proximity to children and vulnerable adults because there is no system by which their previous conviction can be cross-checked against. We believe the creation of a Sex Offenders Register can greatly assist law enforcement officials in putting restrictions in place which will prevent repeat sexual offences. The primary goal being the prevention of sexual violence and the reduction of sexual re-offending. This register is needed in Nigeria to ensure that all adults who have committed sexual offences are recorded and the list made available to law enforcement authorities, employers of people who work with children or vulnerable adults, authorities responsible for licensing institutions that care for children or vulnerable adults, and those responsible for approving foster care and adoptions. This list will only be made available to government agencies and public/private institutions and not the general public. We are in the beginning stages of this project and are currently working on a Policy Brief with the Harvard Black Law Students Association (HBLSA). On Thursday, 21st March 2019, we met with 15 students from HBLSA at the STER offices where we gave an overview of STER’s functions and discussed the essence of our partnership – the Sex Offenders Register. In addition to the ongoing drafting of the Policy Brief, the HBLSA team announced that they’ll be donating the sum of $2,600 to STER to support our work at Stand to End Rape Initiative. #StandtoEndRape #sexualoffenders

Earlier this month, a similar preventive measure to sexual violence was initiated by The Consent Workshop who asked for people to sign a petition mandating a sex offenders registry in Nigeria.

ICYMI: You can sign the petition, mandating the sex offenders registry in Nigeria here