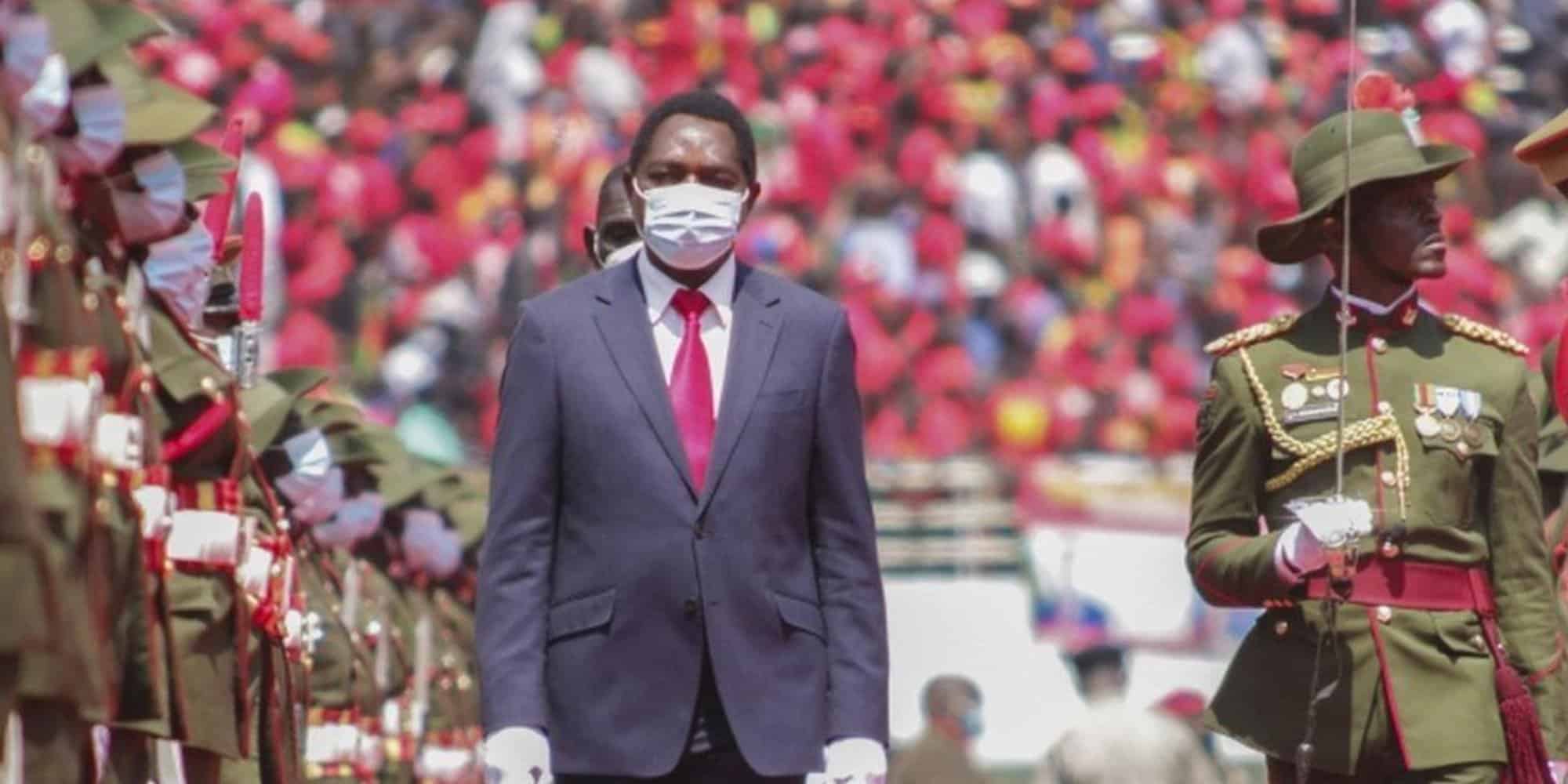 How the latest presidential elections project a better future for Zambia

Amidst an eroding economy and high levels of poverty, earlier last month, the people of Zambia realised the strength in their numbers and the need to constitutionally replace its immediate past president, Edgar Lungu. On Aug 12, 2021, the voting populace officially elected opposition candidate Hakainde Hichilema into the country’s highest office to great acclaim. Inaugurated barely two weeks from the elections, Hichilema’s win represents a renewed sense of hope following tangible dissatisfaction with the ousted administration.

Former President Edgar Lungu entered the presidency through a 2015 bye-election, following the passing of former president Michael Sata. A year later, he won the re-election for a five-year term, running under the banner of his predecessor’s political party, the Patriotic Front (PF). During his over six-and-a-half-year tenure, Lungu’s many social, political and economic policies and measures, outlined while running for office, were arguably never fulfilled. In face of these failed promises, his term was also plagued with unprecedented levels of corruptionand money laundering.

The mission of the PF manifesto reads: “To run a democratic government with opportunities to make every Zambian count, especially the youth, women and persons with disabilities.” It’s a noble approach to the country’s democratic system, but the deleterious implementation could debatably be the reason why the people of Zambia lost faith and lost trust in the then ruling President, leading to the collective decision to vote for change.

Looking back on the years under the rule of former President Edgar Lungu, and exacerbated by the adverse effects of the Covid-19 pandemic, the Zambian economy fell into a deep recession, one which allowed international donors and investors to lose a significant amount of confidence in the copper-producing country. In 2021, the country became the first African nation to default on international loans during the pandemic, increasing the international debt by an egregious amount. Even before the pandemic, macroeconomic challenges were already being felt across the country, with key indicators including high inflation in the market, widening fiscal deficits mostly linked to funding ambitious infrastructure programs, failure to keep government expenditure within manageable limits, and unsustainable debt levels.

This meant that for many years of his tenure over half the population of the country were living below the poverty line while the wealth gap disproportionately widened. It is worth mentioning that the PF’s manifesto also includes, “close monitoring of debt sustainability benchmarks in order to zero default on external debt, as well as, the establishment of a sinking fund to cover external debt maturities.” Neither of these promises were fulfilled to the electorate which voted Lungu in. With a significant decrease in the job opportunities in the market, Edgar Lungu gradually lost the support of a large majority of the registered voters in this years’ election – the youth.

Today, Zambia’s youth population comprises more than 54% of the total voter turnout, and they proved the strength in their numbers after a year of seismic political and social change worldwide. Many of these youth remained highly disgruntled and jobless under Lungu’s regime, especially as economic conditions worsened rapidly. In his inaugural speech, incumbent President Hichilema promised to focus on the underserved and overlooked youth population, stating: “We will aggressively promote the creation of jobs and opportunities that will create wealth, especially for our youth, women and indeed all the citizens.” While it will take time to see some changes, many young Zambians were hopeful for the change in transparency and governance.

Last month, over 2.8 million people of Zambia found their voices despite widely reported discrepancies at various polling stations around the country. Despite a clear effort to manipulate the final results, polling stations dotted around the country were still overflowing with eager voters, ready to change the face of democracy and choosing to put their trust in a new president, but it was not without resistance from the incumbent. This would make the third time that power has shifted peacefully from a ruling party to the opposition since the southern African country’s independence from Britain in 1964.

However, Lungu’s administration put up a final act of detriment to the free and fair elections by orchestrating an interference with mobile network services. The Internet was shut down across the nation, blocking smartphone users from accessing social media platforms. Poor network signal for calls made it difficult to stay connected to loved ones during one of the most memorable election periods in the nation. If any citizen had a doubt in their mind whilst standing in a line for more than 3 hours about who to mark X for, this act would be the biggest factor in decision making, with many aligned in their thinking to vote out the gross misconduct of power.

As the country waited for 72 hours to witness the history of democracy taking place, the cities around the country were shadowed with anxiety and nerves of the people. At 2:30 am on the morning of the 16th August 2021, jubilation hit the streets of Zambia after news broke that Hichilema had won by a landslide of over a million votes. Flocks of people gathered in streets and homes, congregating outside the then president-elect’s household in the capital city, Lusaka – chanting, singing, cheering and dancing. Banners and posters of the incumbent party were ripped down immediately, campaign shacks were dismantled and in some cases painted from green to red, a conspicuous signal of the entrance of Hakainde Hichilema administration under the banner of the United Party for National Development (UPND).

One of Hichilema’s campaign strategies was social media. The incumbent President was followed religiously across social media platforms, joining the masses to call for systemic change and captivating the young audiences with the hopeful tagline, #Ballywillfixit–a slang for father. Contesting for the sixth time, Hichilema’s latest run for Presidency was riddled with hurdles put in place by Lungu’s administration, including multiple arrests (he was charged with treason in 2017), multiple alleged assassination attempts, restrictions to conduct campaigns under the guise of coronavirus pandemic restrictions, and much more. In remaining resilient and staying the course, he won the people of Zambia over, resisting the suppressive tactics against dissent that had become a fixture in the previous government.

With his credentials and extensive business background, President Hichilema’s leadership is expected to be pivotal in leading to an upturn in Zambia’s currently dire economic fortunes. So far, his election and entry into office has already yielded positive indicators, with local markets surging, the Kwacha gaining significantly against the dollar, and investors betting in favour of the country’s economic growth. The optimism is also being driven by Hichilema’s commitment to cut the unsustainable chunk of Zambia’s $12 billion external debt, and promises of a zero-tolerance policy on corruption through fiscal discipline. Proper and consistent implementation will drastically bring down inflation rates and stabilise exchange rates, creating an enabling environment for Zambians to thrive.

President Hichilema has also pledged to enable media freedom, fair and equal job opportunities, and foster natural accelerated development through the mobilisation and sustainable use of both natural resources as well as human resources. This resolve also extends to better involve youth and women in its reforms, and by all means, try to minimise any social and economic disparities.

It seems that there is finally hope for Zambia after years under oppressive regimes. Closing out his inauguration speech last Tuesday, the new president made a grand declaration of intent to his subjects stating that he simply pledges: “a better Zambia for all.” Simple as his words may have been, to many young Zambians, including this writer, it’s an acknowledgement of the faith and trust he’s now been entrusted with; and the dawning of a new chapter for the Southern African country. The people of Zambia wanted change and now, with Hichilema, there is hope that this process can begin.

Benazir Mirza is a Zambian-based writer with a passion for putting words down on paper.

WHAT’S GOING ON SPECIAL: GHANA’S LGBTQIA+ COMMUNITY IS UNDER ATTACK