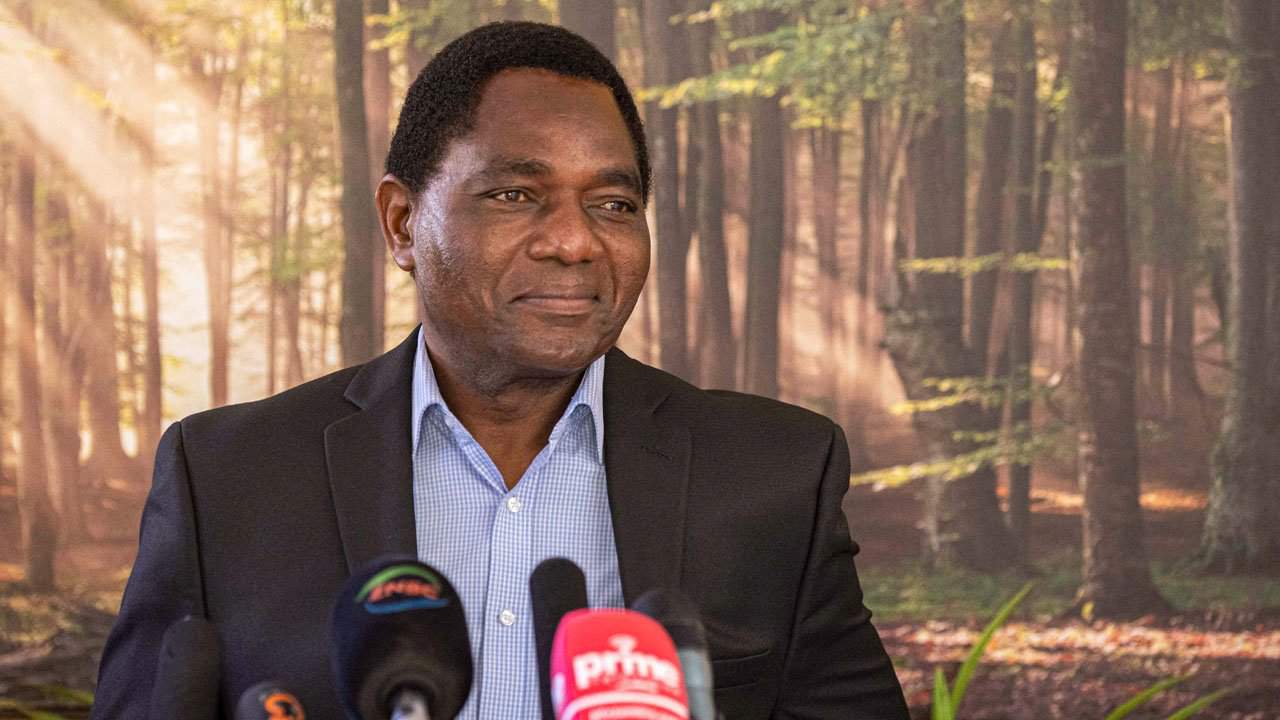 Our Latest Column, “What’s Going On”, Will Tally Notable News Headlines From Across The Continent — The Good, The Bad, And The Horrible — As A Way Of Ensuring That We All Become A More Sagacious African Generation. With This Column, We’re Hoping To Disseminate The Latest Happenings In Our Socio-Political Climate All Over The Continent, Whilst Starting A Conversation About What’s Important For Us To All Discuss. From Political Affairs To Socio-Economic Issues, ‘What’s Going On’, Will Discuss Just That.

On Saturday (August 14), at least 25 people travelling through Rukuba, near Jos, were killed in a brutal attack by an armed group. According to reports, the gory incident took place while 90 Muslims travelling in a convoy of vehicles were waylaid and brutally assaulted by a group suspected to be local, predominantly Christian Irigwe youth. The Muslims were returning south of the country from Bauchi, after attending a ceremony to celebrate the Islamic New Year, with the attacks suspected to be fuelled by ethno-religious differences.

“We have prepared up to 25 bodies that are ready for burial,” local representative Malam Nura Abdullahi told Africa News, adding that “Irigiwe militias attacked and used machetes, knives and stones to kill them.” A survivor of the attack, Muhammad Ibrahim told BBC Pidgin that the travellers thought they were only in heavy traffic on Rukuba road, until their vehicles were set upon with heavy stones. Muhammad was able to escape due to the benevolence of a tricycle driver. Muhammad among uncertain number of survivors, as security operatives are still searching for many who fled for their lives during the attack.

Shortly after this attack, Plateau state governor Simon Lalong announced a 24-hour curfew in the northern part of the state capital, Jos, as well as dusk to dawn curfew in Jos South and Bassa. The curfew was quickly announced to prevent any further escalations that might result from retaliatory attacks. It seems like a sensible move, considering Jos’ conflict-riddled history in the last two decades. In 2001, about a thousand people were killed in a city-wide riot, and thousands more passed away in similarly charged situations in 2008 and 2010. Also, Plateau state has been plagued by brutal attacks from armed herdsmen on its citizens in recent years.

One of the most beautiful cities in Nigeria, Jos was previously known for being peaceful until recent events marked it as a volatile spot for tribal and religious clashes. (Listen to M.I Abaga’s “Wild Wild West” for reference.) Situated in the middle belt region of Nigeria, Jos is positioned at the nexus of the country’s multiple problems with insecurity, which include insurgency, armed banditry, and separatist agitations. As is often the case when tragic events happen, President Buhari has yet to directly address this attack, with the only statement from the presidency coming from a minister who claimed the president couldn’t eat on the day of the attacks. With the curfew, and increased police presence, the situation is being controlled seemingly well at the moment – hopefully, it remains that way.

Zambia votes in a new president in landslide polls

Last Thursday, Zambians took the polls for its presidential elections, deciding between incumbent Edgar Lungu and main rival Hakainde Hichilema. On Monday morning, Zambia’s electoral commission chairman Justice Esau Chulu announced a landslide victory in favour of Hichilema, winning with a gap of nearly a million votes over President Lungu. The election results have been heralded as a vote for change, reflecting the citizenry’s deep dissatisfaction with Lungu’s six years at the helm of the country’s affairs.

Contesting for the sixth time, Hichilema was backed by ten opposition parties under the banner of the United Party for National Development (UNDP). Having run and lost against Lungu two previous times – in the 2015 bye-election after the passing of ex-President Michael Sata, and in the 2016 general election by a narrow margin – Hichilema’s win at the polls is also predicated on his status as a tycoon, with the potential nous to turn Zambia’s economic woes around. During Lungu’s administration, cost of living skyrocketed, more than half of its 17 million people live below the poverty line, and inflation rates soared to a decade high 24.6% in June this year.

The incumbent has also been accused of borrowing high interest loans indiscriminately, plunging the country into a terminal debt issue. Last November, Zambia became Africa’s first pandemic-era sovereign default for failing to keep up with its international debt repayment; it is estimated that around 40% of the country’s yearly budget is used to pay off interests from its loans. In addition to bad loans and – as is often the case with African governments – gross corruption, COVID-19 worsened Zambia’s economic situation, as copper prices dipped to all time lows during the more hectic days of the pandemic last year. Copper prices are on the rebound, which should spell good news for Zambia, as it is Africa’s second biggest copper miner and eighth in the world.

Hichilema’s win was preceded by pre-election violence on both sides. Allegations were that Lungu and his ruling Patriotic Front party were thwarting the opposition, mainly using the pandemic as a way to curb extensive campaigning. It has been alleged that Lungu has been extremely tough against dissent, arresting and jailing his detractors at will – including Hichilema. So virulent is his tyranny that Amnesty International reported in June that Lungu had pushed Zambia on the brink of a Human Rights Crisis. In the lead-up to the elections, Lungu deployed soldiers to the streets of the capital city, Lusaka, after his ruling party claimed that two of its supporters had been killed. Analysts, however, interpreted the move as a means of voter suppression.

Regardless, the Zambian voting populace turned out en masse to vote in Hichilema, recording a 70% turnout that kept several polling units open well beyond the twelve hours initially allotted for the elections. Lungu has since conceded defeat and assured Zambians of his commitment to a peaceful transition, continuing the country’s commitment to the multi-party democratic process since its introduction in 1991. On a wider basis, this election is inspiring for many African youth whose faith in the democratic process’ ability to herald change – if they even have any –  is shaky. For Zambia, Hichilema has his work cut out, hopefully he can deliver on the promises for those who exercised their rights in his favour.

Nigeria is squeezing its burgeoning and innovative tech sector

There’s a skit on Show Dem Camp’s latest album where a Nigerian politician, modelled after the country’s Minister for Information, basks in his unwillingness to allow young Nigerians to fully actualise their dreams. “Wo’n gbodo dream (They must not dream),” he gleefully declares. It’s a potent representation of the Nigerian government’s sinister reputation of undermining its enterprising populace, and it applies even more viscerally to its burgeoning tech space. Since it’s become globally acclaimed, the youth-pioneered, fast-rising sector has been the target of horrible policies put in place by the Nigerian government.

It looks like they are planning to do much worse than arbitrarily banning startups, implementing absurd taxes, and restricting cryptocurrency and forex trading. On Tuesday (Aug. 17), it became widespread news that the Nigeria Information and Technology Development Agency (NITDA) is proposing an amendment to its regulatory act within the country’s constitution, which will give it more power over the tech space. It is looking to repeal the NITDA Act of 2017 and replace it with a bill that has worrying implications if passed. The NITDA announced that it would be seeking amendments to keep up with the rapidly growing digital economy back in March, but very few envisaged that it would include the power to issue licenses to information technology and digital economy services companies, levy these companies – startups included – based on their earnings, and heavily fine them if they do not adhere.

Thisday called tech Nigeria's new oil and we have not known peace since.

The proposed amendments have raised eyebrows, with one of the contentious takeaways including a proposed development fund that will collect 1% percent of profit before tax from companies with annual turnover of N100,000,000 and above. This is in addition to the 30% company income tax they’re already expected to pay yearly. This new bill plays into the Nigerian government’s perennial penchant for rent-seeking economics, always looking to cut a bigger slice of any pie while doing little to provide an enabling environment, even standing as a stumbling block to entrepreneurial growth. With the increased awareness and negative reaction, there will be dissent to these proposed NITDA amendments, but that has never stopped the government,  through its retrograde legislative, from doing its bidding.

Just as we are wrapping our heads around this proposed new act, more news has filtered through that an Abuja High Court has granted an ex parte motion – which sought the freezing of bank accounts – belonging to online investment and trade platforms. Filed by the CBN, the motion claims that popular trading apps Risevest, Bamboo, Trove and Chaka are operating without proper licenses, and that their operations are part of what is making the Naira weaker against the dollar. The latter claim is quite ludicrous, while the former is quite contentious, since Chaka recently announced that they’d been approved by the country’s Securities Exchange Commission.

All of this sets a tone that will push more tech and digital economic services companies out of Nigeria. So far, even with its restrictive environment, Nigeria has produced several high-flying start-ups and a unicorn in Flutterwave, one can only imagine how many more opportunities it could foster if it were more friendly, and less vampiric, to this budding sector.

WHAT’S GOING ON SPECIAL: GHANA’S LGBTQIA+ COMMUNITY IS UNDER ATTACK