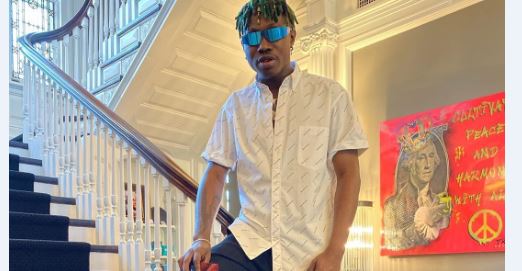 Zlatan became a nationwide phenomenon after debuting with the viral street smash, “Zanku (Leg Work)”, and stealing the show with a stunning verse on Chinko Ekun’s “Able God”. Since then he’s been in high demand, featuring on multiple within weeks, some of which have gone on to become the biggest songs of the year.

Asserting his prolific nature, the rapper is gearing up to release his debut album, ‘Zanku’. Apart from being an explicit nod to his involvement in popularizing the current dance craze in the country, the album title is also an acronym for ‘Zlatan abeg no kill us’, a prominent statement attributed to the rapper’s role in back-to-back hit singles.

‘Zanku’ will be released on November 1st, and it is set to contain 17 songs. In addition to “Zanku (Leg Work)”, his sleeper hit “This Year” and the Tiwa Savage-assisted “Shotan” are the other previously released singles on the album. There aren’t any other guest appearances detailed on the current tracklist, but considering his star power and the calibre of artists he’s worked with in the last year, there likely will be a couple of features.

Revving up the rollout, he’s dropped “Yeye Boyfriend” as the latest single in the lead up to ‘Zanku’.Over the light piano chords and Fuji-influenced percussion produced by go-to producer Rexxie, Zlatan makes jest of good-for-nothing boyfriends, while urging women to let go of their unserious partners. Performed in his local Yoruba, and spotting his trademark ad-libs, the song has the same infectious energy that has made him a fan favourite in the last year.