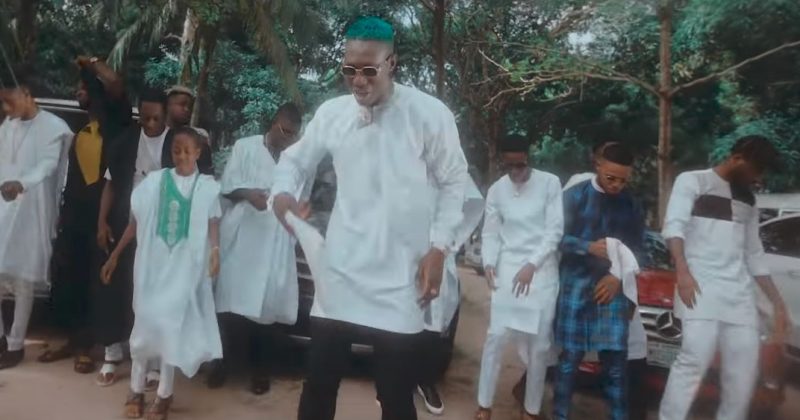 Last week, Zlatan released “4 Nights In Ekohtiebo”, a contemplative single informed by a recent, torrid set of events that saw him arrested by the EFCC, alongside frequent collaborator, Naira Marley, who is yet to be granted bail. On bail and potentially with no charges to answer for, Zlatan has just dropped a new single, “This Year”, an attempt at getting back to his regularly scheduled program, and a return to the jovial form that brought him to to the limelight.

Rexxie produces the dancefloor-ready beat for “This Year”, mixing chippy guitar riffs and propulsive Afropop drums, while Zlatan jumps on the beat with his trademark syncopated vocals, delivering lyrics that are equal parts inspirational and prayerful. For his verses, the rapper recounts his rise to wealth and fame, while throwing in self-admonishing lines that will resonate with listeners. It’s his hook, however, that embellishes his sentiments, as he delivers a slew of prophetic lines, and also sings, “As I dey hustle, k’owo nla ko wole (let plenty money enter)”.

For its accompanying video, Clarence Peters directs a colourful video highlighting the song’s perfect for Owambes (high octane Yoruba parties) and large gatherings in general. Solo shots of Zlatan performing the song in traditional wears, as well as the movements of selected party attendants are cut together before it climaxes at the party where Zlatan performs in front of the crowd.

You can watch the video for “This Year” below.

0000
Previous Article Listen to “RAIN”, the new single from Miles From Mars