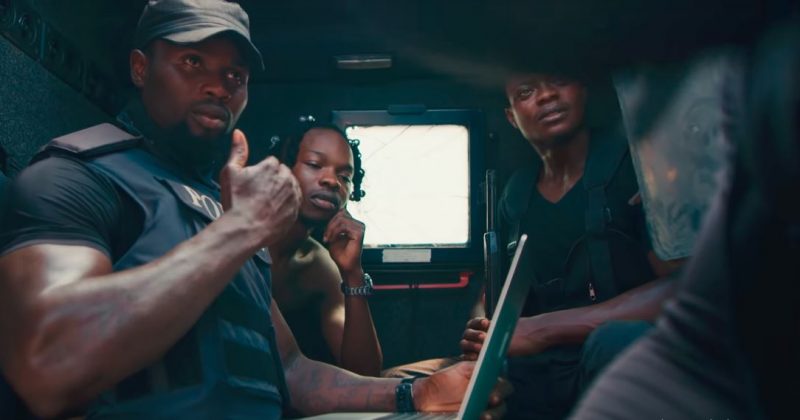 Music is often an art that imitates life, and Naira Marley’s arrest after releasing his cyber-crime promoting single, “Am I A Yahoo Boy” seems like the perfect end to an unfortunately misguided protest song. The singer was arrested by the EFCC along with the featured artist on the song, Zlatan Ibile, and three other affiliated men who got their 7 minutes of fame when their pictures at the police station trended on social media.

Under less problematic circumstances, “Am I A Yahoo Boy” could have worked as the anthem for youths fighting police brutality and oppression from SARS officials who threaten the lives of innocent Nigerian, wrongly accused of crimes for their expressive or luxurious dressing. Featuring Zlatan, an acclaimed artist loved by the streets and the mainstream, Naira Marley had a platform to inspire protestors to take to the streets and challenge the unjust arrests of young people on the streets. But with Naira Marley’s open approval of crimes and fraud, he just wasn’t the right person to preach the message.

The artiste @nairamarley was arrested and charged to court for his involvement in credit card fraud.

After the arrests, a video of Naira Marley fans protesting their arrest surfaced on the internet and it quickly became apparent how much influence street-inclined celebrities have on the average Nigerian youth. Other influencers with perhaps more noble causes have tried and failed to mobilize youths to take to the streets but without so much as a statement or a trendy hashtag, there were people at the EFCC office in Lagos, demanding for the artists’ release.

While Zlatan and the others were granted bail last week, Naira Marley remained in EFCC’s custody and has reportedly been accused of 11-count charges with a lawsuit filed before a Lagos State High Court. Though it would make for a more entertaining story to conclude that his lyrics from the song or his crime-advocating social media rants were responsible for implicating him, the EFCC released a statement explaining that he was arrested during a raid where they found incriminating items with him and his friends.

Naira Marley is now facing a possible sentence of seven years in jail if found guilty of the alleged crimes of credit card fraud. His modern-day Robin Hood rationalizing of cyber fraud has put his promising career on hold and even tainted the reputable art of protest music with his situation suggesting that there are new legal lines surrounding that freedom of expression. Hopefully, his arrest hasn’t discouraged other popular artists from making progressive rallying songs to imbue a generation with a fresh sense of purpose.

ICYMI: See Naira Marley and Zlatan’s music video for “Am I A Yahoo Boy”

Next Article Listen To Psycho YP’s Groovy New Single, “Be Like You”