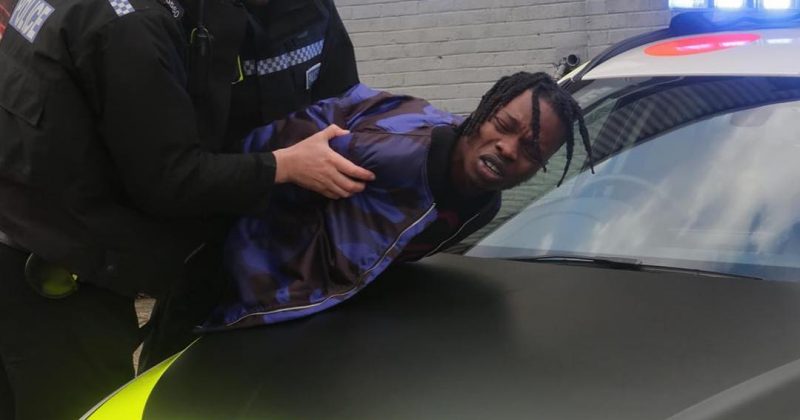 The subtle ways our lives have changed for the better since the spread of mobile technology may be hard to miss, but there are also even more peculiar differences to how we interact with the lives of the rich and famous. The wall between celebrities and the audience has been virtually broken down, these days, conversations on separating the art from the artist have grown more prominent as a result of the naturedly human tendency of public figures to be problematic.

If u know about slavery u go know say yahoo no b crime..

Last week, British-Nigerian rapper, Naira Marley surprised everyone with a caption with the words: “If U Know About Slavery You Go Know Say Yahoo No B Crime” on his Instagram. This picture quickly went viral spurring instant backlash, reprimanding his support for cybercrime. While his Instagram page is no court jury and anyone caught committing internet fraud will serve their time jail, once again, it also showed how polarised the country is about the dangers of internet fraud.

Music releases referencing the underground cybercrime culture have a long history in Afropop. In 2007, Olu Maintain released his hit single, “Yahooze”, a controversial single, he explained was a tribute to the Monday to Friday worker-bees. Before Naira Marley’s recent incursion became a headline, the biggest debate around the dangers of Yahoo-Yahoo started after Falz allegedly took shots at artists who celebrate known cyber-fraudsters. At the time, 9ice was pushing “Living Things”, a track where the veteran runs through a list of popular names allegedly suspected of cybercrime.

Although Naira Marley himself has denied being involved in cybercrime, he seems bent on holding on to his belief that ‘Yahoo’ isn’t a crime. For a lot of his supporters, the gritty reality on the streets is often given as an excuse to get rich by any means necessary and artists like SamKlef have even argued that the poor quality of government in the country should be blamed for the crimes. It’s a sentiment similar to Naira Marley’s argument that stealing is justified by slavery. But a life of crime can’t be rationalized and those who attempt to do so are only encouraging bandits. In line with those who believe the whole thing to be a publicity stunt to build hype for a new release, the singer released his reply to media critics in a snippet he shared on his Instagram. The snippet finds him comparing the backlash he has gotten to the oppression Fela, Mandela, and MKO Abiola faced while they were alive.

His conviction is even more troubling than flat earth believers and now fans are faced with the tough decision to keep listening to a cybercrime defender or remove his songs from their playlists. And that’s where the internet has come through for modern society. Consumers have the power to determine who they listen to and can have a direct effect on the banks of artists who hold opinions they don’t agree with.

ICYMI: Falz called out your faves for hyping Yahoo boys

0000
Previous Article BOJ teams up with Kwesi Arthur, Darkovibes and Joey B for new single, “Awolowo”