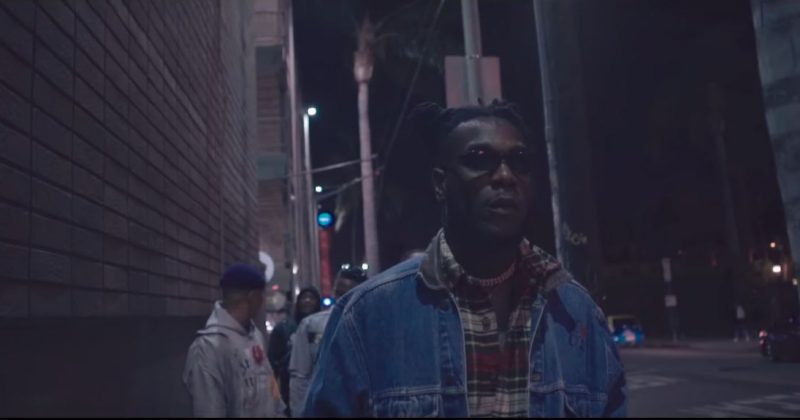 Watch Burna Boy in his video for “Devil in California”, off his ‘Outside’ album

Burna Boy rolls through the streets of California in the new video for “Devil in California”, a neo-R&B cut off his latest project, Outside. The Gabe and Chris directed video starts with panned shots of buildings in the city, seen through a retro framed screen with blurry filter and glitch effects.

The video for “Devil in California” follows Burna Boy as he makes his way through Los Angeles. As if to emphasize the ‘chip on my shoulder’ message of the song, several people are seen through the course of the video—including a particularly elusive model—but none is seen long enough to leave an impression beyond their role as cameos in Burna Boy’s cinematic universe. It’s a theme also heard on the confessional love song that also doubles as a chance to show off his vocal range and reckless celebrity lifestyle.

Watch the video for “Devil in California” below.

0000
Previous Article Essentials: OVID’s ‘To The Moon’ is a buffet of electronic delights

Next Article Duncan Mighty and Wizkid team up for “Fake Love”, a riveting Afropop number