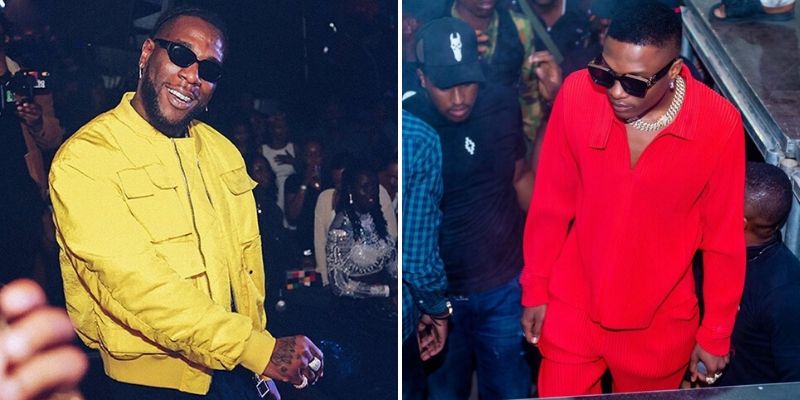 In 2015, Burna Boy released his sophomore album ‘On A Spaceship’ which marked the emergence of his own label, Spaceship Records. The 20-track project which housed party starters like “Soke” and “Rizzla” has been greatly underrated and flew under the radar at the time owing to its experimental nature, and was full of pop sounds which didn’t exactly deliver the usual Burna charm listeners were used to at the time.

There’s no denying that the album was a bit harshly judged at the time, owing to the bad rap the now-African Giant got at the time. When you think about their current dominant run on the global stage, it’s easy to forget that artists like Burna Boy, Davido and Wizkid have been making us dance for nearly 10 years. Given this, we decided to go way back into the catalogues, and came across Burna’s Wizkid-assisted track  “Single”, which we think would still slap if released today.

Burna Boy has always been a self-assured artist, who hasn’t needed any outside validation, and it’s this determination to do what he wants, whenever he wants what endeared us to him in the first place. He and Wizkid have been known to deliver hits throughout their solo careers, and as a pairing, they show great synergy by feeding off each other’s strengths. This was seen in their first collaboration, “Jahs Love is True” where they speak about the age-old tale of the struggling artist from a modest background who defies all odds and comes out on top, which looking back, seems like a positive confession of sorts.

The pair then joined forces again for “Single”, a genre-bending track which definitely took it’s time to warm into our hearts and ears. The song starts off with scanting percussions that are almost too faint to hear before Burna Boy’s patois-filled verse comes into focus. The dancehall-inspired track is a frenzy of bass, hi-hat-heavy beats, over a pop-tinged production impossible to label as one genre. This wasn’t a feat any artist really tried out in that time of its release, and Burna Boy’s experimental delivery to accompany the beat is also particularly admirable.

‘Girl come ova me yard/single yeah make I knack you jingle bell’ both artists sing over the song’s hook, addressing a subject matter which they’ve both become well versed in over the course of their careers – the admiration of women. Wizkid joins Burna Boy on the third verse, and it is clear Starboy was just having fun and catching a vibe on the song, which is Wizkid in his top form. He jokes about wearing more than three ‘rubbers’ at a time while in the act, which is particularly humourous knowing what we know now.

“Single” was released before both artists had their global breakouts, and now conversations around the dominance of the afropop genre cannot be held without either of their names coming up, and they have undoubtedly inspired a new generation of hitmakers. If anything, “Single” reinforces that Burna Boy and Wizkid are a delectable pairing which we need more of today. Until that ever happens, we’ll hold tight with what we have.

Next Article Essentials: ‘Lava Feels’ is Joey B’s assertion of his creative freedom