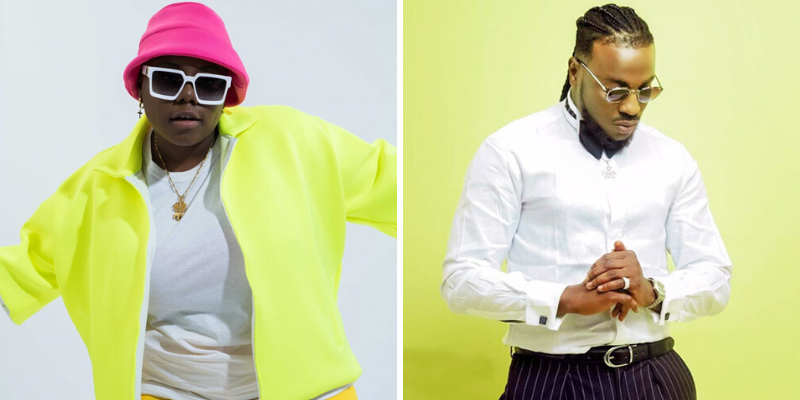 Teni, Peruzzi & the dynamic of second chances in afropop

Resurgence is a common motif in afropop’s most significant and storied careers – in fact, a ‘return to form’ might as well be considered a necessity, since it adds a certain amount of complexity to their trajectory. For example, 2Baba nearly removed himself from an industry he helped create, after a string of ill-fated and tepidly received releases: (‘Plan B’, ‘The Unstoppable’) in the late ‘00s. After doing a complete 180 with a slew of classic hit singles off 2010’s ‘The Unstoppable: International Edition’, the singer won back public approval, and began to own and solidify his towering legacy.

Similarly, the younger generation of superstars have had their own reboot moments. After the floundering performance of his 2016 EP, ‘Son of Mercy’, which he admitted was shit himself in our Issue 002 cover, Davido returned smoking hot with one of afropop’s greatest runs in 2017.

In addition, the lukewarm reception of Wizkid’s ‘Sounds from the Other Side’ at home was followed by instant smash hits “Manya” and “Soco”; Tiwa Savage’s acclaimed EP, ‘Sugarcane’, was preceded by her marital issues which pit the public against her; and Burna Boy’s ongoing domination is the result of a rebirth brought about by controversies and a bloated sophomore album.

As important as second chances are to the fabric of afropop superstardom, it’s still a relatively unforgiving landscape to navigate. With consistency being the most important part of the game, it means artists need to have proven themselves over long stretches to have a proper shot at resurgence—and even that doesn’t guarantee much. In 2018, Duncan Mighty recaptured everyone’s attention with “Fake Love”, alongside Wizkid, as well as subsequent collaborations with Davido and Tiwa Savage, which turned out to be more of a fad and than a triumphant return to mainstream longevity.

Of course the dynamic of second chances in afropop vary according to each artist’s standing, however, it can sometimes indicts artists who have proven themselves but are still finding their feet. For example, Teni released a new EP last Friday, ‘The Quarantine Playlist’, and given her status on the scene, a new project from her should have generated massive fanfare. ‘TQP’ has yet to catch on significantly, which is odd, considering the artist who dropped. Obviously, we should consider its informal release strategy and the fact that it’s only been out for a few days, but in the era of instant interaction and gratification, Teni’s EP is running a snail’s race in a cheetah terrain. We all love Teni, so it’s possible that ‘TQP‘ might pay huge dividends in the long run, but “might” is the problem here.

Uncertainties are not a thing for superstars; even after hitting a snag, they tend to pick right up from their previous peak. Teni’s snag, was last October’s ‘Billionaire’, a debut EP that mainly relied on its titular track as its saving grace. The EP was in stark contrast to her phenomenal run from the year before, which gained everyone’s attention and made her afrop’s sweetheart that year.

For every solid feature appearance like BOJ’s “Obe” and Skibii’s “Daz How Star Do”, there were less impressive singles like “Party Next Door” and “Sugar Mummy”. Even her big single, “Billionaire”, which is somewhat relatable at best, is a much more gimmicky remake of her sublime, heartfelt hit song, “Uyo Meyo”.

‘TQP’ is not explicitly billed as corrective or blockbuster project, which is exactly why it works. It’s a collection of gentle, playful and catchy songs that flips the current grimness of being perpetually indoors into ear candy. It’s deliberately low stakes, which is clearly where Teni works best—even when she comes across as serious, the catch is that her music always has a trademark charm. With all the positives going for it, ‘TQP’ still faces an uphill battle for total acceptance; Teni is still big enough for the EP to gain significant attention and spread with time, but for superstars, instant impact is the usually the M.O.

It’s not as though Teni can’t manage to recapture and even surpass the attention and hype her biggest releases got —I’m not betting against her—however, it’s a bit worrying that she’s in a buffer space where she can either vault back into the stars or be pegged down to earth. A ready example of the latter is Lil Kesh, an artist who’s still very much around and bankable, but has found it difficult to hit the heights of his breakout run. Artists like these don’t always go into obscurity, but there’s always a feeling of unfulfilled potential when reflecting on their career trajectory — a situation nobody wants for an artist like Teni.

As much as a grip of hit singles will endear audiences to a new artist, the tricky part is consistently putting the right foot forward for a long while. Once there’s a release that’s regarded as mid or below par, not everyone who tuned in will be around when the artist is trying to redeem themselves. In a similar position as Teni’s, Peruzzi is another artist trying to trudge forward amidst the ups and downs of the reception to his music.

To close out his breakout 2018—crystallised by his scene stealing verse and songwriting credits for 2Baba’s “Amaka”—the DMW singer dropped his debut EP, ‘Heartwork’, a collection of breezy mid-tempo cuts with features from Davido, Burna Boy and more. While the EP had its bright moments, it wasn’t acclaimed in the way an anticipated project from a potential superstar should have been received. Off the project, “Majesty” began to enjoy radio and TV rotation after its reissue as a single with an accompanying music video in mid-2019.

Looking to build off that momentum, Peruzzi’s debut album, ‘Huncho Vibes’, came out in November, and while it was an upgrade on his previous EP, it didn’t alter the singer’s perception as a burgeoning superstar. In addition, a very public contractual controversy caused the album to be temporarily taken off streaming platforms, reducing chances for one or more breakout hits to push acceptance. In all of this, Peruzzi has projected an overly positive candour, continually putting out new music and videos.

‘3’, the singer’s new EP, hones in on his flair for romantic cuts that straddle the line between heartfelt, raunchy and catchy. Although the 3-song project was a surprise drop, it hasn’t made the type of dent you’d expect from an artist linked with one of the biggest labels/collectives around. Whether he’s settled into his current position as popular but largely serviceable artist, or he harbours loftier ambitions for himself, it would be wrong to deem this less-than-ideal reception as a fall from grace, especially when you consider that Peruzzi is still very enamoured by making music.

It also feels noteworthy to mention that, Peruzzi is one of—if not—the most popular songwriters working in afropop. This might be a factor in the public perception of his abilities and priorities. Regardless, it doesn’t have to be one or the other; capable artists have the licence to pen hit songs while also working their way into, and sustaining, widespread prominence.

Peruzzi and Teni are amongst the few who have openly claimed their credits as songwriters on songs they didn’t feature on, whilst also actively working their careers as artists. In a space that’s still hostile to assisted songwriting, it’s easy to wonder whether there’s a negative effect of their songwriting skills to their attempts at re-establishing themselves as (potential) pop powerhouses. It could also very well be that they might just be better with the pen than they are with the mic.

Amidst the semantics of perception, the quality of the artist’s output should take precedence in cases like these. For artists like Teni and Peruzzi, who, even with their missteps, have shown their ability to make hits many occasions; holding out hope, pressing play on their music (until it becomes consistently bad), and lauding them when they come correct, is something they’ve earned from the afropop audience.

We’re definitely keeping close tabs on them, and are wondering what they’re going to do next. However, let’s see how much more they have in store, before we write them off.

Next Article The Shuffle: Revisiting Cynthia Morgan’s sensual dancehall bop, “Lead Me On”