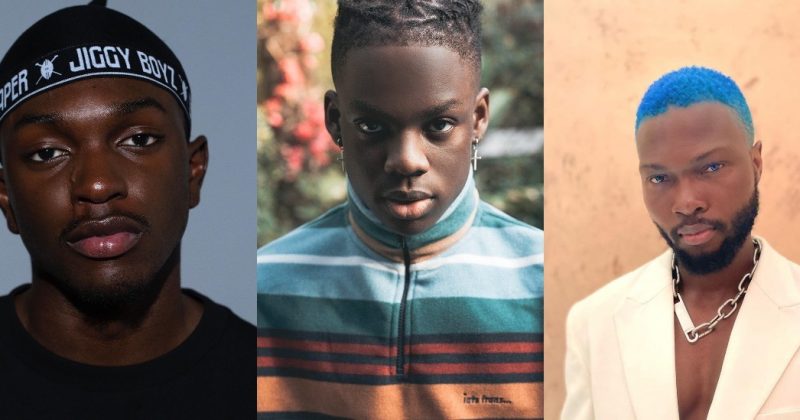 Earlier in the week, we brought you a collaboration between Don Jazzy and Falz, Cassper Nyovest’s second single of this year, the lead single from a joint project between Vector and Masterkraft, and more. To start off the weekend, we’re bringing you new releases from Aramide, Kida Kudz, Tomi Agape, WurlD, Yinolu, FamousCTwo, and Psycho YP as well as Namibian rapper, Lioness’ new album. Dig in, and you’re welcome.

Aramide is back with her first single of the year following a short break from music. “Me & You Time” is a romantic number about spending time with the ones you love. Over the mellow beat produced by Sizzle Pro, Aramide sings about being so encompassed in her love, ‘I’m loving everything that you do/E be like say na juju’ she says over the acoustic strings and acapella-like humming in the background showing how quality time ranks highly in her love languages.

Nigerian-American rapper, Samzy has just released his second official single “Red Dots”, one of the pre-released singles off his forthcoming EP which features Mavin’s golden boy, Rema. The catchy bass-drop anthem is produced by Eem Triplin, and has both artists trading hard-hitting bars about obliterating their competition. ‘Red dots, what’s going on call the boss/man I pray I never get caught’ Rema sings on the hook, tapping into his known trap sensibilities for this self-assured number. It’s great to see Rema collaborating with younger artists from around the world!

Since dropping his debut tape ‘Nasty’ earlier this year, Kida Kudz has kept the freestyles coming at an impressive rate. This week, his latest offering is “Jiggy Freestyle” a loose number on which the UK-based artist addresses fans directly, asking them to stay jiggy even during the quarantine. Over the drum-led beat produced by “Tasty Time” producer, KD, the JFC leader puts on a braggadocious front as he raps, ‘NBG no I got no belt/On a lockdown still jiggy’ clearly having fun in this short freestyle.

All month, WurlD has been releasing singles in anticipation of his project ‘AFROSOUL’ which we’re expecting later on in the month. This week’s offering, “Wayo (Kpe Le Wu)” sees him in usual form, where he addresses a romantic subject pleading that she loves him and skips the games in their relationship. Over the groovy percussions and pounding drums produced by Kel P, WurlD sings, ‘No dey switch personalities/we don dey get too comfortable’, admitting his deep feelings, which he wishes his lover reciprocates.

Tomi Agape is back with a new single “London”, a smooth follow up to her earlier single “This Way”. The London-based artist taps into the drubbing infectious beats of Juls, upon which she delivers a rapid-fire number about her city, London and the steady grind to success. ‘Take it on the chin, don’t stop/Young one inna London tryna make that dough’ she sings in her usual laidback drawl, as she flips her current situation into a catchy upbeat bop letting listeners know she is focused on making her music and stacking her paper.

Ahead of his EP drop later this month, talented producer Yinoluu has been dropping singles ahead of the upcoming project, and this week, he has tapped into the infectious voices of AYLØ and AY for new single “(In) B/W”. The pair are a smooth union of undulating airy vocals, as they muse over the subject matter of love and empathy. AYLØ switches up his usual flow, rapping ‘Got a job and now you renting nice apartments/Got it going on like you got that’ using ornate writing to capture his side of the relationship, where it seems like the girl is doing well without his help.

UK-based rapper C-Two tapped two Nigerian rappers, Psycho YP and Famous Bobson for his debut single of the year “Sosa”. Produced by Mudz Beatz, the upbeat number has all three artists trading hard-hitting bars about women and getting their shit popping. ‘Power changing hands now/Don’t fuck with the rules/smoke next to the no-smoking sign’ Psycho YP’s raps stealing the show in his usual self-assured manner, as he puts on a confident show and cocksure brags over the upbeat track.

Rapper, Dimss has just released a new project ‘GoingThruIt’, an 8-track collection of introspective tracks where he digs into the frustrating parts of his life and turns it into relatable numbers for listeners to enjoy. On the first track, “No Regrets”, he raps about making it big with his boys over the catchy drubbing beats. ‘I’m just tryna better me/I’m just doing it for the family’ he raps reflectively, showing a deep self-awareness of his flaws but resolving to do better rather than be weighed down by the past.

0000
Previous Article Where Were You: Femme Africa’s virtual panel was full of wise takeaways for creatives