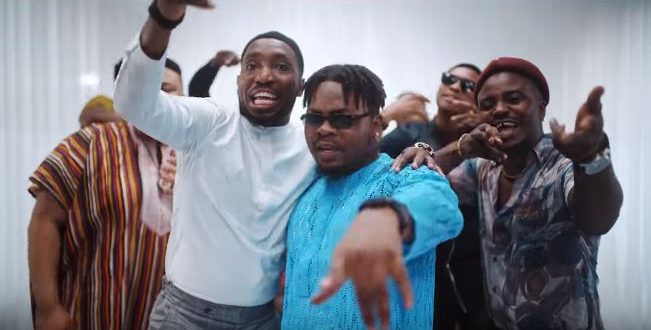 Last Friday, we brought you new releases by a diverse set of African artists, including Nigeria’s Tomi Agape, Kenya’s Maya Amolo, Ghana’s Supa Gaeta and more. To kick off this week, we’re recommending new music from Timi Dakolo, Bris B, Big Dragon (Efya) and more, for you to add to your playlist. You’re welcome.

After a long but busy hiatus from dropping music, Timi Dakolo returned with last November’s ‘Merry Christmas, Darling’, a festive season-themed album with high profile features from Emeli Sande, Kenny G and Eric Benet. Continuing his comeback, the singer has returned with “Take”, a new single that pronounces the afropop-leaning direction of his previous hits like “Iyawo Mi”.

The bouncy, percussive Pheelz-produced beat serves as the perfect sonic companion for Timi’s romantic set where he admires his lover’s attributes and offers her anything she wants. While “Take” also features an impressive guest verse from Olamide, it’s Busola Dakolo who undoubtedly steals the show with her radiant appearance as the video’s central. While the couple have always acted as on-screen love interests, it is especially heartwarming to see them in high spirits, after the controversy from last year.

Under her new alter ego, Big Dragon, Efya is dropping music at breakneck pace. In the last few weeks, the Ghanaian singer has been littering her SoundCloud page with attention-worthy songs, probably a positive sign that we should be getting a full-length follow-up to her 2016 album, ‘Janesis’. “=v=N IF” (pronounced “Even If”), her latest single, is an R&B-infused cut about being addicted to a love interest. Over Kuvie’s booming drums and soft piano keys, Efya sings of her undying affection, channelling her sentiments through bright melodies and an impassioned vocal cadence.

Under a month ago, ICTOOICY released her first song of the year, and it seems as though she has no plans to slow down. ICTOOICY’s intuitive songwriting makes it such that regardless of whether you can relate to her exact situation or not, you can feel the emotion in her tracks. This is what makes her frequent releases so special, and today, she has given us another one, “Alive”, which true to her typical form is emotive and raw. With her smooth vocals, she sings about needing to be alive to be able to love and be loved, as she battles whether her lover wants her or not.

When he’s not being humorous, Tulenkey’s music is an avenue for him to reflect his surroundings and his ambitions. Unlike the cinematic feel of “Yard”, previous NATIVE best new music entry, his latest single “Ghetto Boy” borrows from his reality without any filters. On the catchy song, Tulenkey relays how his humble upbringing fuels his grind to keep getting money, using it as the relatable point for an inspirational anthem. Kelvyn Boy sings the impressive hook, while Medikal drops a guest verse that follows the same upwardly mobile template laid down at the start of the song.

Kwesi Arthur possesses an impressive range, both musically and thematically. His 2019 project, ‘Live From Nkrumah Krom, Vol. II’, showcased the Ghanaian artist’s adeptness at singing and rapping. While Kwesi’s last single, “Revolution Sound”, was politically charged and featured charged rap lyrics, he takes a turn toward easy-listening lyrics on his new single, “Why (Nana Ama)”. On “Why”, Kwesi confronts a love interest about her toxic behaviours and how much she’s drained out of him since they got together. “Oh but you really change o, you want make i kpeme [die] so you jubilate o”, he sings over the slow-burning instrumentation, conveying bitterness in his lyrics and heavy melody.