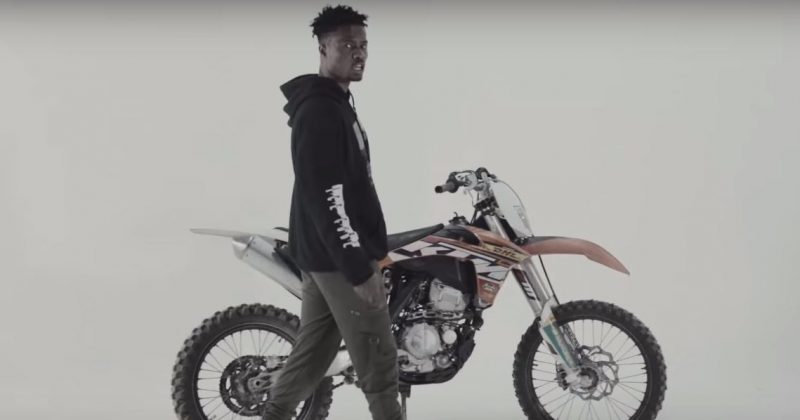 Last Friday marked Ghana’s 63rd independence day, and it seems that political discourse surrounding the anniversary seemed to inspire Kwesi Arthur to get in his political bag. He premiered his new single, “Revolution Sound”, that day and spoke passionately about the role the government plays in societal ills. Addressing them directly, he raps: “Do you see the suffering?/ Do you have a soul?/ Blood on the streets/ Do you see the roads?”

Kwesi Arthur is definitely shaping the sound of mainstream Ghanaian music with his penchant to switch between hardcore raps and catchy afropop melodies. On his latest release however, he mostly channels his rap side, over a hip-hop beat produced by MOG Beatz and delivering conscious bars aimed at inspiring listeners to work towards making a better nation for the future generations. The accompanying video for “Revolution Sound” shows Kwesi Arthur performing his verses in a studio while short clips from news channels flash on the screen, to make his protest against bad governance more convincing.

“Revolution” is Kwesi Arthur’s first release of 2020 and his first single since his impressive 2019 mixtape, ‘Live From Nkrumah Krom, Vol. II’. Watch the video for “Revolution” below.

ICYMI: Kwesi Arthur is a hometown hero in his video for “See No Evil”

Next Article For the Girls: LunaLovesYou is making the dream-pop melodies you want to hear