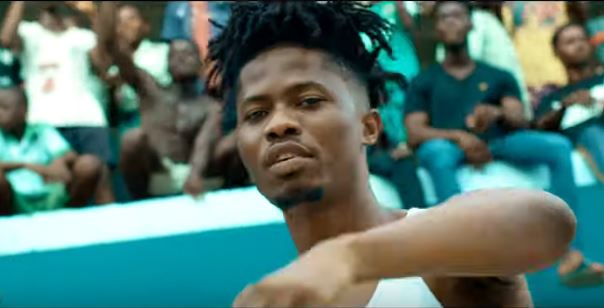 SInce effectively breaking out with the Sarkodie-assisted remix of his “Grind Day” single, Kwesi Arthur has continued to cash in on the potentials he displayed in early days. Following a successful 2018 campaign that saw him pick up a BET award, the genre-bending artist has continued to impress, with a stunning Tim Westwood freestyle, and notable contributions to BOJ’s “Awolowo” and Joey B’s “La Familia”. Probably the most important event yet, he released a new project, ‘Live From Nkrumah Krom, Vol. II’, a 9-song display of his expansive arsenal, from impressionable bars to summery earworms.

Further promoting the project, he’s recently shared the music video for the sixth track, “See No Evil”, a mid-tempo bop on which he revels in his successes and throws the middle finger to haters. Nodding to his celebrity status, the accompanying music video is a combination of shots in his hometown, following Kwesi performing his lyrics while locals fervently dance behind him.

See Kwesi Arthur in “See No Evil” below.