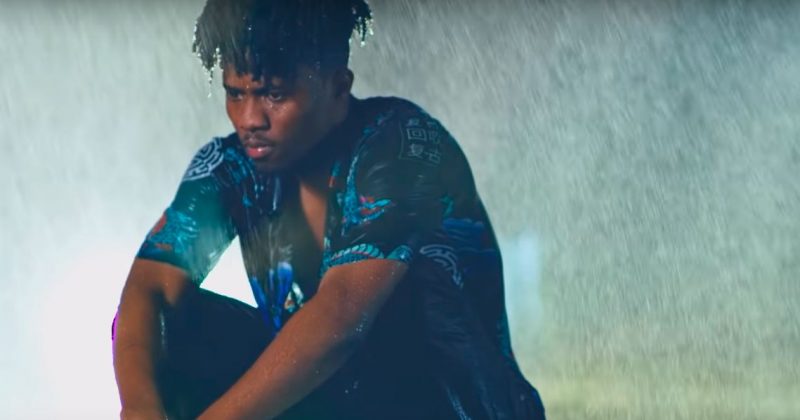 Jubilant songs inspired by botched love can be very catchy, but as “Nobody”, the new collaboration from Kwesi Arthur and Mr Eazi shows, songs wallowing in the despair of heartbreak can be just as moving. Ghanaian, Ground Up Chale singer, Kwesi Arthur, just teamed up with Mr Eazi for the new single which is expected to feature on his anticipated ‘Live From Nkrumah 2’ project.

Over the laid back beat Mog Beatz produces, blending mid-tempo drum riffs, ambient synths, flute harmonies and percussion, Kwesi Arthur and Mr Eazi reminisce about the fun times they had with their ex. Though the love has gone sour, they both swear they will never be able to love anyone else and seem unprepared to move on; “If e be Joke Girl Tell Me Say You Just Dey Play/ I Don’t Want To Live a Day Without You/ If e be Sey I Do Somethings, I Just Go Change”. The beat mirrors their heartwrenching vocal performance, infusing a bone-chilling flute harmony to match the breathless melody they sing with as though they are wailing.

The music video Yaw Skyface directs for “Nobody” shows Kwesi Arthur and Mr Eazi’s as they quarrel with their love interests at a fast food place. Though Kwesi Arthur seems to make up with his lover after an emotional performance in the rain, Mr Eazi has no such luck. Mr Eazi’s collaboration is the first from the coming project which is also expected to feature other African artists like Nasty C, Shatta Wale, Santi and Sarkodie.

Watch the music video for “Nobody” below.

Next Article Nigerian pop: A side effect of Western capitalist ideals