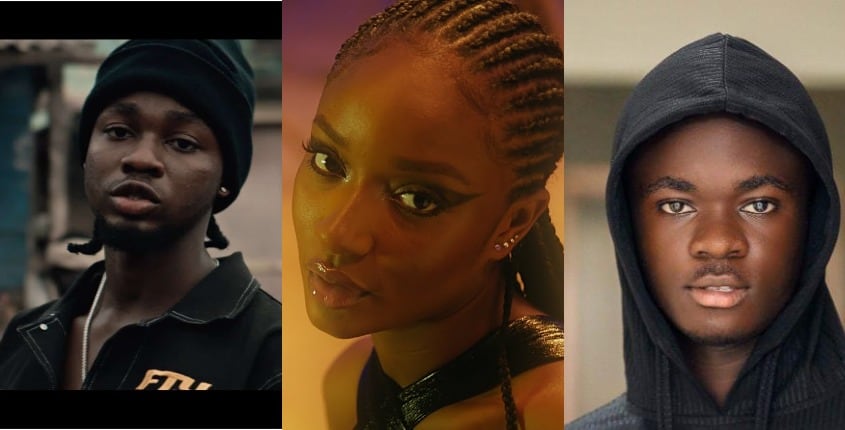 Update your playlist this weekend

More than most people, the team at The NATIVE knows that the sheer scope of music available to us at this exact moment in human history is mind-numbing but our goal is still the same as always: we don’t want exciting music to be slept on. That’s where our Songs of the Day column comes in. We try to keep our fingers on the pulse of music from across the continent and beyond, bringing you exciting songs from talented musicians who are continuously trying to bounds of artistry with their music.

During the mid-week, we spotlighted new releases from 1da Banton and Vector, a gauzy collaboration from RagZ Orignale and Lady Donli, and much more. For our weekend curation, we have new music videos from Yaw Tog and Omah Lay, the lead single from Ayra Starr’s anticipated debut album, Dlala Thukzin’s potential Gqom smash hit, and more. Tap in.

No single singer represents the unbridled potential of asakaa music like Yaw Tog. At 17, the singer is already regarded as a leader in the Ghanaian drill scene and his Time E.P. released earlier in the year showed definitive signs that the youngster might even surpass the strictures of genres to become an important musical voice in his country. The video for “Fake Ex,” off the Time E.P., arrives a week after he performed at the Ghana Party in the Park in London and it sees Tog flexing on a former flame who jilted him, built around the cliche troupe of a man coming into wealth after a relationship, it’s quite trivial but it shows a definitive softening of Tog’s drill sound as he heads into pop territory.

Not many saw Ayra Starr coming, but when she arrived, she did so in stunning fashion, showing an appreciation of alchemical fusion of sounds across generations to create new expressions within pop music. Her Ayra Starr E.P. put her on a pedestal and it is a position she is aware of on “Bloody Samaritan,” the lead single of her debut album, 19 & Dangerous, scheduled for release next month. “I see you watching my movement,” she knowingly sings on the fast-paced release. Elsewhere, she insists that enemies cannot drain her of energy, revealing a relentless that stands her in good stead for what should be a long career at the top.

In the last quarter of last year, Lagos-based musician, Zahzah, created a buzz with “Miss You,” his featherlight summer anthem that established him as a voice to watch out for. A little past the halfway mark of this year, ZahZah has returned with his self-titled debut project, a five-song project that features more of his melodic singing, inventive word-bending, and aptitude for fine songwriting. Across the project’s 12 minute runtime, Zahzah taps into a number of emotions, primarily love and desire, but on “Ground Zero,” atop a quivering instrumental, he sings about pushing on with life despite several obstacles in his way.

Over the last year, without pulling off gimmicks or excessive posturing, Falz has been one of Nigeria’s consistent performers, soundtracking the earlier months of lockdown with “Bop Daddy” and seeing out the year with his Niniola-featuring “Squander.” Those tracks have shown an ability to reach into other music styles and put a spin on them to accommodate his often humorous delivery. His latest song “Mercy” drifts between his comic tendencies and the party-starting streak that makes him one of the most formidable pop stars in Nigeria. His flow is not to be laughed at, he half-drags out words to detail his innermost lustful desires, while encouraging a lady to bring those desires to life.

Amapiano’s ascendant has been quite the dictating factor in South Africa’s Dance music scene, dominating the mainstream and squeezing out related subgenres in much the same way Gqom did a few years back. That in no way means Gqom is creatively barren or struggling for attention, but it could use a few more widely anticipated potential hit songs like the newly released remix of Dlala Thukzin’s “Phuze.” Its OG version dropped back in late March to strong reception, but “Phuze (Remix)” is set to be a much bigger deal, partly due to the hype that’s been building since it was partially leaked a few weeks ago. Joining Zaba – the sole vocalist on the OG version – Sir Trill and Mpura, both renowned for their work on Amapiano tracks, add a magnetic energy to the song’s already combustible mix of thumping and dreamy.

Even though it’s been nearly four years since he last dropped a tape, Zamir has remained active and present with a sporadic drop of new singles. Just over a week after releasing the woozy, Emo Trap cut “LUV HRTS” with Odunsi (the Engine), he’s back with the new dndSection-assisted “A. Iverson,” this time spinning boastful quips over rumbling bass. With its title referencing the famous Hall of Fame basketball player Allen Iverson, both rappers blow their images out with bold, self-aggrandising lyrics, oozing a larger than life confidence that makes the song every bit of a rap banger.

About a year ago, Nigerian singer Ona Dema signed a recording deal with Sony Music West Africa, debuting with the Dremo-assisted “No Time.” In the time since, she’s been in the throes of artist development, working on her craft and the results are evident on her emotive new single, “Krazy.” Over production that combines the mid-tempo bounce of Afropop and the sultry melodies of R&B chords, Ona fires off at an ex-lover, ruing the time they shared together and generally being mad at her partner’s empty promises. On the repetitive hook, she issues a threat that recalls a recent comic moment in pop culture, giving the already relatable theme an even more resonant edge.

Vader the Wildcard is a man of many talents, with rapping and comedy being two of the more popular ones. On the former tip, he’s known for being a dead-eyed lyricist with a mean streak for incinerating beats, but in a meaningful bid to increase his wider appeal, he’s leaned into his comic side on several occasions. His new single, “Seke,” continues that vivacious approach, as he assumes the gait of a sugar daddy wooing a love interest he’s been after for a while. In storytelling fashion, he details their initial encounter and the lengths he’s gone to in search of her, name-dropping former Big Brother Naija contestant Nengi and pointing at affluence as a factor to tip the scales in his favour. TiwaDara sings the hook, his gentle rasp embodying the playful passion of the chase.

During a lockdown-wracked 2020, Omah Lay emerged as a breakout superstar, with rhythmic hymns on love that resonated with many young Nigerians and Africans. The world is gradually opening up, but the singer’s flair for relatable, lived-in songs will continue to capture the hearts of listeners, as evidenced by the instant success of new single “Understand,” a caustic break-up song that immediately skyrocketed up local charts. In promotion efforts, he’s shared a cinematic music video, tracking down the timeline of the relationship he sings about, adding a potentially vengeful twist at the end that shows that the song doesn’t solely revolve around anguish.

ICYMI: READ OUR 1-LISTEN REVIEW OF SKEPTA’S NEW EP, ‘ALL IN’