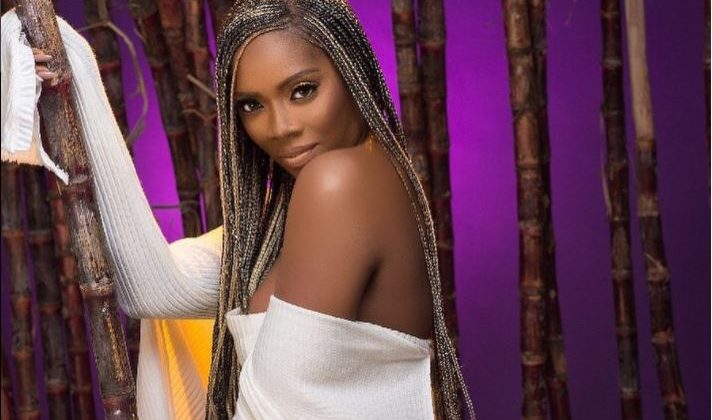 The Shuffle: You won’t believe how good this forgotten track from Tiwa Savage’s debut album is

Despite unwittingly but unavoidably coming of age as a superstar pop diva, complete with success as an artist coming tandem with brand endorsements and tabloid-worthy scandals, it’s hard to place Tiwa Savage’s sound. Tiwa Savage’s artistry is almost weird because by design she is both an amazing songwriter and composer, yet some of her biggest hits have come and gone in true pop fashion: pushed through the airwaves and eased out of circulation, only to be forever remembered by stage performances. This is why ” Written All Over Your Face” will come as a shock to those who have only heard the ‘best’ of Tiwa Savage on her most jollof Afropop singles.

The premise to ” Written All Over Your Face” is another ambiguous part of the Tiwa Savage story. The release of Tiwa Savage’s debut album Once Upon a Time earmarked the end of a three-year rollout beginning with 2010’s “Kele Kele Love”, and ending with “Eminado” featuring Don Jazzy, the last single released to push her album release in the summer of 2013. By the time Once Upon a Time hit the streets and digital stores, 6 pre-released singles from the album were still in active rotation and fans had been too fatigued to pay attention to a 22-track full-length project that seemed to have already pandered all of its hidden gifts.

But a song like ” Written All Over Your Face” is not one you can miss. While Tiwa Savage tried to use the accompanying video for “Wanted” (off the same album) to stamp out good girl expectations by embracing a more sensual outlook, ” Written All Over Face” takes a deeper dive into details woven with cheeky metaphors and sweet bedroom whispers. Tiwa Savage comes into the track almost suspended, over the bass-heavy instrumental softly singing, ‘ When the world is dreaming/ No one here to listen ‘. Afropop Tiwa Savage transforms here completely, creasing melody into the set piece with smooth silky vocals that build up to a soft whine bop.

Boy, you’re a mess
But you look your best
Baby, when I’m written all over your face

It’s almost hilarious, but it’s not corny, nor does it fall out of place with the overall theme of sex behind the song. Tiwa Savage is not only wielding her femininity slickly, she also manages to bring the mutual romance at the heart of their lovemaking to the fore. You hear this when she upturns the glamour of sex with the implied awkwardnesses of oral sex, when she sings ‘ Now I know the flavour of my love/ Cause when you kissing me, I’ll be tasting my love ‘. It’s not pretty, but it’s not gross either because there is some honesty here, a lot more than many tracks on Tiwa’s debut project, many of which wax strong with melody but lack a true identity.

Sadly, instead of unintentionally being one of the foremost formal declaration of the right of the African woman to be sexual in music, the legacy for “Written All Over Your Face” is tainted by Tiwa’s rejoinder that she’d recorded the song for her fiance at the time and now estranged husband, Tunji Balogun. This narrative rejoinder was to circumvent the slut-shaming negative feedback that trailed the track after critics and fans caught on to its core message. However ” Written All Over Your Face” holds Tiwa Savage in peak form, as a top dollar R&B artist and a multi-versed songwriter and composer.

Stream “Written All Over Your Face” via Apple Music below.

Essentials: ‘Sugar Cane’ is a return to form for Tiwa Savage