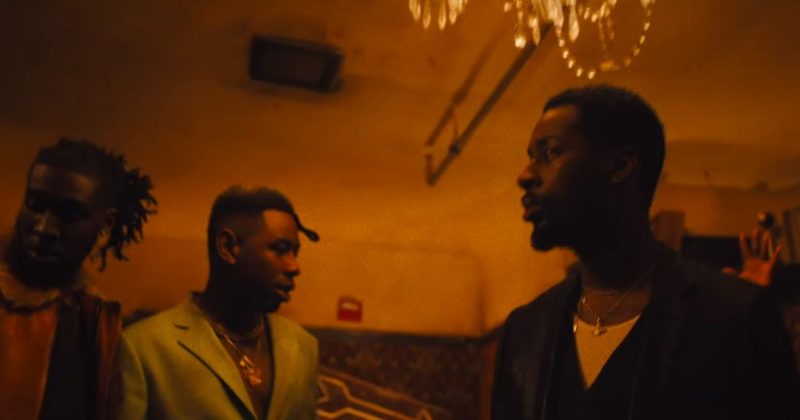 Santi is an artist with a capital ‘A’—a multi-disciplinary creative whose work spans music, fashion, and videography. His expansive creativity gives him the range to create his own universe, leaning into a goth-like aesthetic that makes him stand out amongst his Nigerian peers. While his music has gotten spotlighted in international music scenes following the release of his latest album, ‘Mandy and the Jungle’, he’s finally being acknowledged for his visual prowess with his video director credit in the music video for GoldLink, Jay Prince and Tyler, the Creator’s “U Say”.

“U Say” off GoldLink’s ‘Diaspora’ album narrates the eager thoughts after picking up a love interest at the club and the music video depicts that through the club setting of a party. The erratic camera movements and the fight that eventually breaks out might all seem like what you’d expect from a music video set at a party, but the tribal dance scene and the priest who shows up to chase the dancers out all carry very specifically Santi signatures.

Watch the music video for GoldLink’s “U Say”, featuring Jay Prince and Tyler, The Creator.

0000
Previous Article Omawumi throws a surprise party “For [Her] Baby”