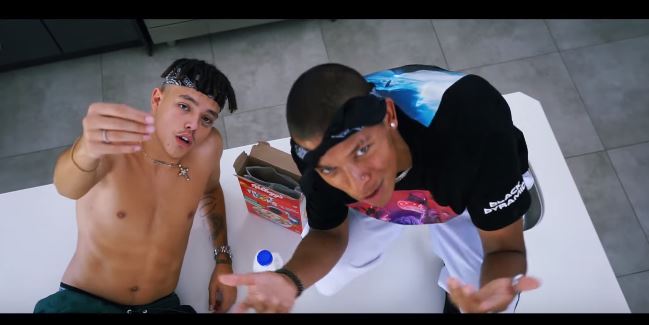 With the myriad of tattoos on his body and his off-kilter, sung-rap flow, J Molley is the type of artist older hip-hop heads would refer to as an archetypal internet rapper. Although the connotation of that description is meant to be inherently negative, the South African rapper and NATIVE TRYBE alum is self-aware enough to proudly wear that tag, saying that being young and famous in the 2010s “means being a rockstar; live fast, have no regrets.”

While he frequently delves into introspective topics like heartbreak, the weight of fame and its effect on his young adult life, some of J Molley’s most addictive songs, like his latest single “Narco”, finds him championing the viscerally thrilling parts of living fast and feeling invincible. “Whole entourage is dripping in designer/she like the finer things, I like them finer/fire up blunt and get higher than Gaia”, he raps on a simple but intricate passage of the first verse, coating every word with a syrupy flow that makes the song more catchy.

On “Narco”, J Molley is joined by fellow Never Broke member, Ka$hCpt, who brings a similar larger-than-life attitude with assertive raps saying, “I ain’t chasing a duffle, bitch I am the bag”. J Molley and Ka$hCpt’s exuberance is matched by Lincoln’s bubblegum trap beat, where positively haunted keys and blown-out bass provides the sparse backdrop for every excited lyric to shine through.

Next Article Essentials: Somadina takes us through the ‘Five Stages’ of grief in her debut EP