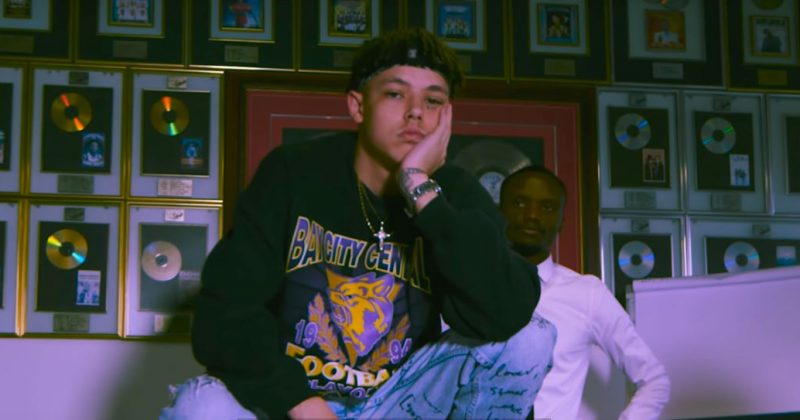 Not a lot of people can pull off a mug so awash in self-satisfied cool that they throw a big fuck you to their competition and get the whole hood to show up in the music video to drive home the message. But that’s exactly what J Molley is doing on his new single, “Leader of the Wave”. Even though his discography is accentuated by heartbreak fueled tracks like his “Dreams Money Can Buy” tape, the South African rapper has never been one to shy away from supplying sassy brags. “Leader of the Wave” however finds him armed with a slew of showy one-liners not only about the cost of his drip but also about how little he rates other rappers.

Rapping, “Levi on My Shoe When I be Stepping on these Many-mes” over the ambient synth base beat Illrose produces, J. Molley comes across as amusingly dismissive and pleasantly curt. But after watching him play himself in an hostile-takeover themed music video where he barges into a conference room meeting and knocks things over, it sinks in that he’s done holding hands.

Watch the music video for “Leaders of the Wave” below.

Next Article LEGACY: Watch a pre-Superstar Wizkid throw down a raw freestyle on the streets of Surulere (2011)