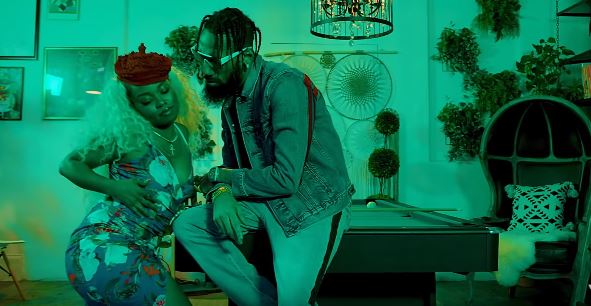 Early last month, indigenous rapper/singer Phyno released his star-studded third album, ‘Deal With It’. Currently in promotion mode, he’s since shared videos for the album’s title track and “Ride For You” featuring Davido. For his latest release, he’s just dropped the music video for one of the album’s standouts, “Ojimo”, starring popular dancer, Didi Emah as the centre of attraction.

Didi gained popularity after her stunning baton solo at Beyonce’s monumental Coachella performance in 2018. In the Patrick Ellis-directed video for “Ojimo”, she acts as the main muse, performing vibrant dance moves and spotting seductive poses. The video, which mostly sees Phyno singing his lyrics while Didi puts on a show for him, plays into the song’s theme, where he sings the praise of his lover’s physique and promises her materialistic gift as a sign of his devotion.

See Phyno and Didi Emah in “Ojimo” below.