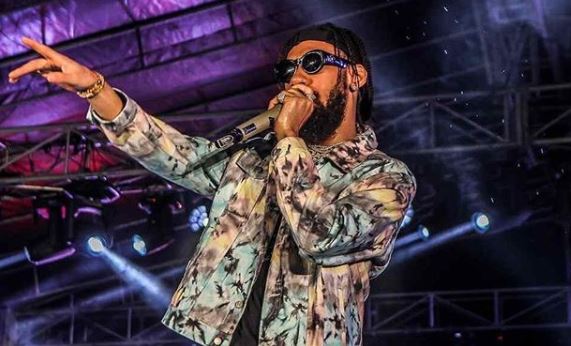 Phyno shares release date and tracklist for new album, ‘Deal With It’

Although he blew off the back of rumbling, indigenous rap songs, Phyno has diversified his portfolio to include melody-driven songs, some of which have become certified smash records, like “Fada Fada” with Olamide. Despite criticisms from some Nigerian rap purist quarters, Phyno has continually shown that he’s not constricting his ambitions anytime soon. After debuting two pop-rap singles this year, “Agu” and “The Bag”, the rapper/singer is now gearing up for the release of a new album, ‘Deal With It’.

A week after announcing the album title across his social media pages, the singer/rapper has now shared a September 4th release date, as well as its brimming tracklist. Including the two pre-released singles from earlier this year, and a remix of his 2018 single, “Fuwa Sewa”, the album will contain twenty one (21) songs. Flexing his star power, he’ll be joined on the album by a bunch of A-list Afropop artists, including Don Jazzy, Davido, Falz, Runtown, Olamide, Teni, Harmonize, amongst others. ‘Deal With It’ is Phyno’s third studio album, and it comes three years after his sophomore album, ‘The Playmaker’.

Check out the tracklist below.