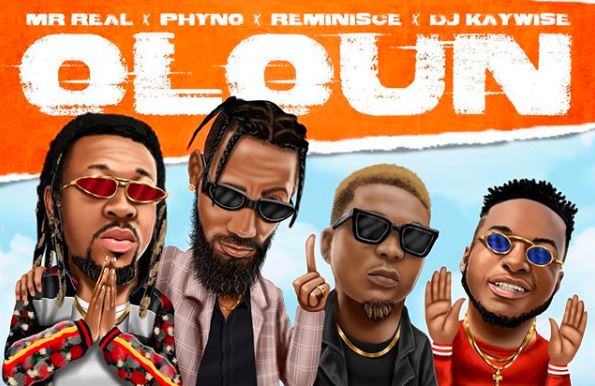 Nigerian pop songs are not known for their educational impact, but Mr Real has continued to push his agenda for giving street lessons on his new single, “Oloun”. His breakout single, “Legbegbe”, had brought the ‘shaku-shaku’ dance on the street to the mainstream along with some hints on the bargaining tactics for buying second-hand iPhones. His new single, however, sees him go for more existential lessons, waxing philosophical while speaking to his creator over the Afro-house beat Cracker produces.

The mind-numbing synths of house music have become the go-to sound for street-inclined pop songs and Mr Real owes his success to his command of the Afro-house genre. With contributions from Reminisce and Phyno, adding their indigenous vocals, “Oloun” speaks to a diverse audience. And DJ Kaywise’s feature is a sort of guarantee for the song’s accomplish on dancefloors.

Listen to Mr Real, Reminisce, Phyno and DJ Kaywise on “Oloun” below.