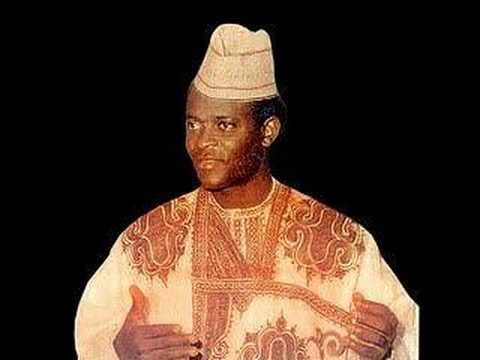 The Shuffle: This nostalgic song from your childhood sold more copies than The Beatles’ Hit

Every mothers’ day, among what has become the prim medium of celebrating African mothers is Prince Nico Mbarga’s words on “Sweet Mother”

“Sweet Mother, I no go forget you, for the suffer wey you suffer for me…”

This refrain can be heard playing in church, on TV or captioned in Instagram shout-out posts to often cheesing mums.

It’s difficult to fully comprehend how a song like “Sweet Mother” hasn’t been given as much honor as is due to it, despite its popularity among Africans. Prince Nico Mbarga, produced “Sweet Mother” in 1976 at age 26 and wrote it at 24. According to a recent article on the late singer by Narrative.ly, representatives at EMI in London thought “Sweet Mother” as childish. But two years later, the small, Onitsha-based producer Rogers All Stars heard “Sweet Mother” and thought it gem enough for production and to be released under his label. “Sweet Mother” went on to sell more than 13 million copies, across countries in Africa, outselling the most influential sound of the same era, The Beatles’ bestselling “I Want to Hold Your Hand”.

Nico’s Mother, who also died shortly after his death, quite obviously, inspired “Sweet Mother”. The 41-year-old track is a highlife love song from a son to a mother. On it, Nico praises the work of his mother from her sufferings, to drying his tears telling him “Stop, Stop”, to feeding him when hungry and refusing to eat, else he eats first. The narrative told was stripped bear of any complicated language, interweaving pidgin with the Congolese rumba instrumentation on the track. Take away the sweet melodies of Nico’s Congolese electric guitar strumming, and half the track is gone. It’s narrative in its simplicity made the track relatable. Mothers are special. And “Sweet Mother” ties in the little actions a mother does for her children that are often over looked –albeit, in a traditional setting.

While Nico sings about the profound love for mothers, he didn’t quite show as much love he had for his spouses, along with the several concubines he had. This also reflects on “Sweet Mother” when he sings,

The Shuffle: Re-live the nostalgia of Styl Plus with “Runaway”

Next Article AV Club: Episode One of Lagos Big Boy is basically a showreel for IG celebs