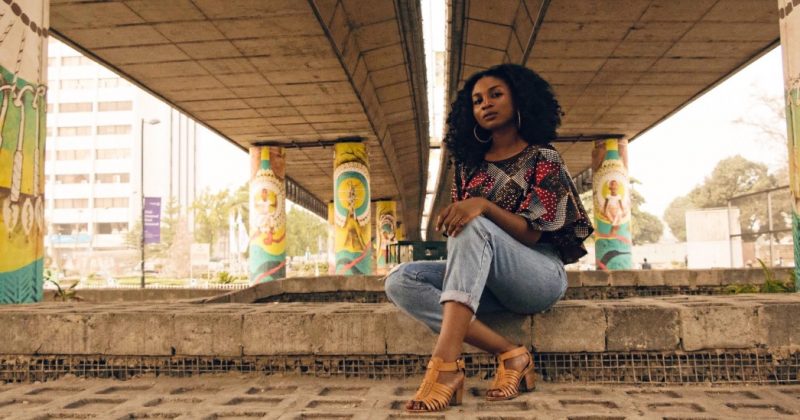 For the Girls: Tomi Owo will captivate you with her soulful voice

Tomi Owo is a multifaceted artist, who is creating alternative r&b bops infused with English and Yoruba. She capitalises on the soothing soul sound of the 90’s, which has now become her signature sound. She’s been releasing music actively for the past five years on Soundcloud page, which is filled with freestyles and singles.

She credits her love for music to her mother, as growing up, she heard original compositions and diverse record collections at home, which piqued Tomi’s interest and shines through in a musical maturity beyond her years. This led her to seek inspiration from a diverse crop of talented artists such as Sade, Seal, Fela Kuti, Jungle and Jhené Aiko.

Tomi’s lyrics are firmly based on everyday experiences from hers to others’, and they explore familiar themes that any millennial would instantly relate to: resilience, kindness, affection & courage.  Her earliest single, “Pieces” came out over four years ago and turned into a personal project which she embarked on to release a new single each month. Produced by IBK, Tomi deals with a conflicting feelings of a toxic relationship whose abrupt end left her feeling broken. Elsewhere on “Ile” over an interesting mix of acoustic and afro-inspired sounds, Tomi delivers a heartfelt Yoruba song about realising your own light, and the power of love even in the face of pain and hurt.

Two years ago, Tomi complied all the tracks from her monthly releases into one project packed with just about every remedy you need for your emotions. “Versus” was a standout from this project, with a pop-tinged production by Odunsi (the Engine), where Tomi addresses a love interest directly. More recently, Tomi linked up with Alpha P on “Number One” a mellow self-confident number which featured as the official soundtrack for MTV Shuga Naija Season 4 soundtrack.

If you’re a fan of contemporary lo-fi r&b like Dami Oniru and LunaLovesYou, then look no further.

For the Girls: Kenya’s Karun Mungai is forging her own impressive music career