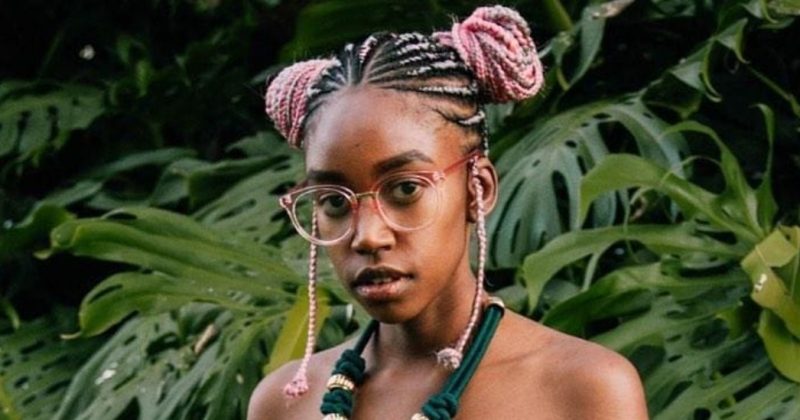 For the Girls: Kenya’s Karun Mungai is forging her own impressive solo career

Karun Mungai is no stranger to the game, and she has been making music for over a decade. Back in high school, she and a group of friends formed an r&b and hip-hop band called Camp Mulla which included bandmates Shappaman and Taio. Consisting of five members with varying skills from songwriting to production, the group were credited at the time to be game changers for the Kenyan hip-hop scene, and went on to gain nods from many prominent award shows like the BETs and the MOBOs before their eventual split in 2013.

These days, Karun is forging her own individual music career. An alum of the Berklee College of Music, her journey as a solo artist began in 2014 with the release of her debut album ‘Sun & Moon’. The 14-track tape saw Karun work through many of the things she was feeling at the time, from stepping out from under the shadow of Camp Mulla to finding out who she was. Her soft-spoken vocals shine through on this project, where she offers a contemporary blend of alternative r&b and afro-soul. On “Finally” she appreciates her journey so far, and admits that her time has come to finally able be her authentic self and show it off to the world.

Glow Session, Episode 1!! Let me know what you think! Link to the full video in bio!!

Karun is not a stranger to working with groups, and she later joined the music collective ‘Cosmic Homies’, which spanned across a slew of genres from jazz to funk to hip-hop. The collective gained a performance slot at the annual SXSW festival in Austin, Texas.

She takes influence from r&b/soul artists such as SZA, Kelela and Flying Lotus, and she channels this same dream-pop alternative take on modern life and love on her sophomore release ‘Indigo’. On the project’s titular track, she addresses a love interest directly as she sings ‘this was meant to be a temporary love/but yeah we got this far’, offering up her take on situationships. Elsewhere on “Need U The Most” she exchanges gentle croons about long distance relationships with Tanzanian artist, Joseph Kiwango.

Karun is also one of the artists benefitting from Mr Eazi’s emPawa Africa programme, last year the Kenyan-based artist was one of the crop of fresh young talents from around the continent who submitted entries to the music and mentorship programme.

You can watch her entry video “Glow Up” below.

For the Girls: Abuja-based artist Emosé is making psychedelic pop songs a thing

0000
Previous Article Where were you: Asa’s heart-warming performance on her IG Live