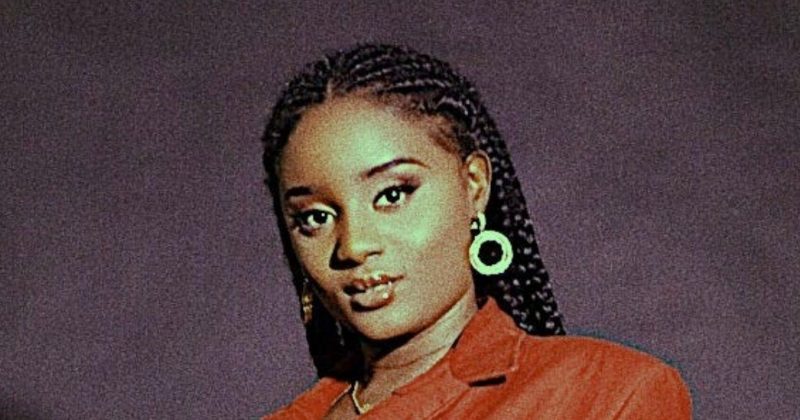 For the Girls: Abuja-based artist Emosé is making psychedelic pop a thing

Emosé is probably one of the artists who will fall into the ‘you may have heard of’ category. Last year, the singer/songwriter & producer gained a lot of attention after she shared a video on her Instagram combining a drum-heavy Fela beat with Travis Scott’s auto-tuned vocals on “Antidote”. The result was a ‘chopped anecdote’ coined by Emosé herself and landed her the seal of approval from artists like M.I Abaga.

Being the daughter of a bass player, Emosé has always been drawn to music and has a deep appreciation of it. She describes her style of making music as “deep blues”, and likens her vocals to artists like Asa’s. Having released only a handful of songs, the Abuja-based artist is constantly working out her emotions and experiences through her music, where she infuses psychedelic rock with afro-pop influences.

The first single on her Soundcloud “Moses Acoustic Freestyle” dates back over a year ago, and sees her reaching for biblical allegories, while beautifully working through themes of fear and unworthiness. ‘We want the ones that will never love us’ she sings, also releasing her own part to play in her past failed relationships.

Emosé’s work is very DIY. Her fiercely independent nature led her to teach herself how to produce her own music, in order to maintain autonomy. This led to her picking up instruments like the guitar, which allows her the room to craft out an entire song through trial and error. In a recent podcast interview with Rodney Omeokachi, Emosé revealed that she considers herself a musician by mistake, because before anything, she’s making music to inspire herself through her day-to-day. She documents her little bursts of inspiration as she goes about her day-to-day, and she finds that they often turn into fully-fleshed songs.

Emosé’s songs always seem to have a religious aspect behind them. Just over a year ago, she released an acapella titled “Hail Mary” where she delivered a soulful plea calling for protection and love from God against an intriguing beatbox. This is what made us so excited for her latest single, “Goliath” which is a good starting point for getting into Emosé’s buttery-smooth vocals.

Over the guitar-led beat, she offers up more of that biblical imagery we have come to expect from her, as she vulnerably works through conflicting feelings about dealing with her fear. ‘Am I going to fight this Goliath’ she sings, offering up a timely song for anyone who has been crippled by their fears before embarking on a new job, or project or goal. Emosé explicitly states on her Soundcloud that this is not gospel, but rather a more modern afrofusion-inspired take on life, faith, and love.

Now more than ever, you should listen to “Goliath” below.

For the Girls: Get Familiar with Yungen Blakrok, the South African rapper who traded bars with Kendrick Lamar