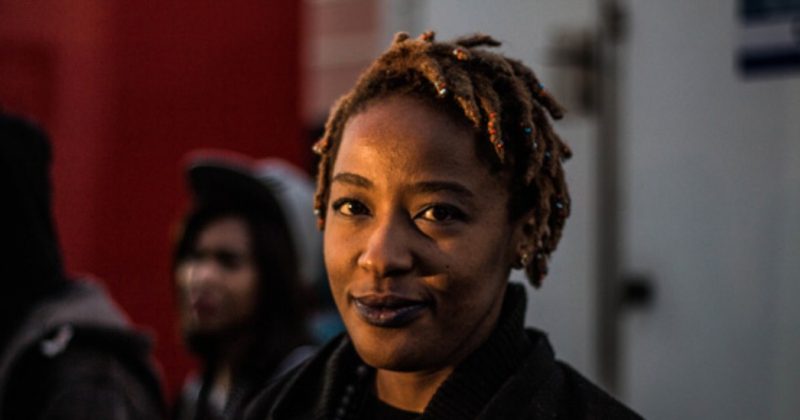 For the Girls: Get Familiar with Yungen Blakrok, the South African rapper who traded bars with Kendrick Lamar

To commemorate Women’s History Month this year, we will be spotlighting a new female artist every day of the month. Some of these women you may know, others you may have heard of and some will be entirely new discoveries. The aim is to shine a light on the remarkable young women from around Africa, who are finding their feet through music and giving women a voice of their own.

In 2018, Marvel Studios released its 18th film in the Marvel Cinematic Universe ‘Black Panther’ to rave reviews and historic box office sales, grossing over $218 million in its opening week internationally. The film was a cultural phenomenon and a love letter to black culture. Accompanying it, came a soundtrack helmed by Kendrick Lamar.

The lyrics thrust listeners into the fantasy world of Wakanda where Kendrick Lamar enlisted the talent of African artists, pairing them with his TDE label-mates, in a bid to bring the film to life through rap. Amongst these artists was South African rapper, Yungen Blakrok, a Johannesburg-based artist who has proven to be a defiant and formidable MC. Over the bass-thumping “Oops” featuring Kendrick Lamar and Vince Staples, Yungen raps ‘Flowers on my mind, but my rhyme style sinister’ giving listeners a glimpse into her world where she disregards the status quo and forges her own path as an alternative rapper within the South African music scene.

This collaboration isn’t even half of what Yungen has achieved since she started her rap career. Her 15-track debut album ‘Return of the Astro – Goth’, channeled mystical afro-futuristic sounds as Yungen dealt with themes like astrology, spirituality, ancient world cultures, space and astronomy. On “House of Ravens” she takes on a dark and sinister stance, rapping about death, her clever wordplay and the darker traits she possess like anger.

Yungen’s influences are deep spitters from the 90s American hip-hop era like Organized Confusion, Def Squad and Wu-Tang’s RZA and GZA. It’s no wonder her style of rapping is terse and covers wide complex matters that she define her very quirky personality. Last year, she released a follow up to her debut, ‘Anima Mysterium’, staying true to her knowledge and fascination with travel, space and time. Standout cut “Morbid Abakus” sees her continuing her poetry-style flow as she raps ‘I’m silent-bomb-type, exit like Houdini you couldn’t see me’ boasting about her mastery of her flow and slippery tongue bars that are laced with complex allegories.

For the Girls: Nigerian-American rapper Chika is not new to viral success

Next Article Listen to Kwaku Asante’s live rendition of his 2019 single, “Sunday”