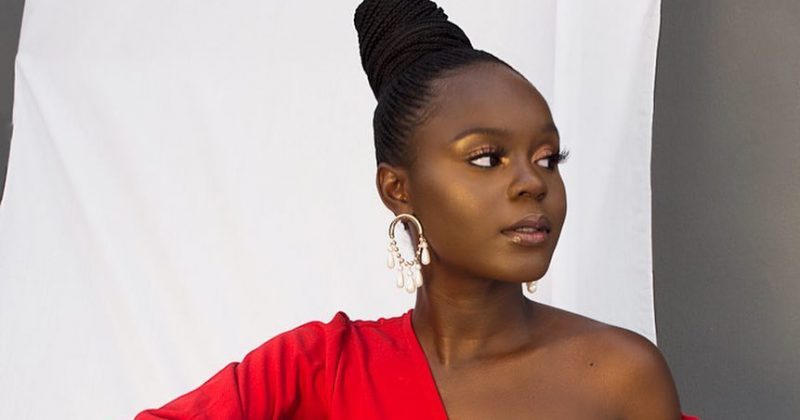 Every day this month to celebrate Women’s History Month, we have profiled a female artist to showcase the diverse range of talent there is in the industry, which is often overlooked thanks to the patriarchy and set standards. Some of the artists we’ve highlighted are relatively new discoveries, while some others you’ve already heard about.

Efe Oraka happens to be in the category of the latter, with several releases that cement her position in the industry and make her one to keep close tabs on. Over the last two years, she has become an interesting talent to watch over the years and it’s very clear where she’s headed in the game. Just this year alone, she’s bagged a feature from Chocolate City heavyweight, M.I Abaga and performed alongside other talented female artists on International Women’s Day at Femme Africa’s latest showcase.

The Abuja-based artist has been actively releasing music for three years. Her first single on Soundcloud, “Gbe Mi”, dates back to 2017, where she lets her buttery smooth, yet strong vocals shine through. Sampling Kanye West’s “Ultralight Beam”, she introduced us to what we’re now seeing from her all the way back then, and has stayed true to her craft all this time.

Following her latest release, “Zion” and the announcement of her upcoming EP, ‘Magic’, which will feature the pre-released “Zion” , “Wonderland” and an exciting Tay Iwar feature.  Since we’re indoors thanks to Miss ‘Rona, we got to speak to Efe in her safe space via Facetime, while she was presumably ready for bed in a headscarf and glasses, and it made for a very enlightening conversation about her craft.  We got to speak to the talented singer about her inspiration, her steady incline, personal life and women’s place in the music industry.

Grateful for another revolution round the sun! Hello 20♥️ 📸: @maeyojoie Wardrobe by @iwade.brand Jewelry from @edisa.jewelry

NATIVE: How are you doing in these uncertain times?

So what should we expect from your upcoming EP, ‘Magic’ ?

The EP will have five tracks and an intro. So it’s “Comfort Food”, “Wonderland”, “Love Galactic”, “Zion” and “Dive” but I’ve been wanting to add one more track just because it’s been so long I’ve made everyone wait. I wrote most of these songs between the time I was 17 and 18. I’m turning 21 next month, and there’s been a lot of growth in between. I’m not ready to put any song I’ve recently written, so I have to look for another song from that time.

What’s your selection process like? How do you know which songs you want to put out?

I am definitely really picky; I am my biggest fan and also my biggest critic, so most of the time when I’m just creating a song I think it’s the most amazing thing ever. When I take it to the studio though, I get a beat and I lay out vocals, which gives me time to get out of that initial excitement and really process the song – sometimes I start to feel like “Ómò this one is not really making sense oh”.

Tell me a bit about being a woman in the industry? What has that been like for you?

It’s just the thing of constantly being forgotten or left in the shadows and having to fight extra hard to carve a niche for yourself. You’re never really a part of the conversation sometimes. We thank God for artists like Tems and Lady Donli, who keep showing us that you can be a part of the conversation at all times, but it’s also like a lot of times when people refer to female artists they refer to them as female artists as opposed to just being an artist.  It’s a lot, it’s just a lot.

Do you have anything else that gets in the way of your creative process?

Yes definitely, I don’t want to go to school anymore and I feel like I’ve always wanted to be the champion – like stay in school and do the right thing, but I’m generally in a phase of not caring, especially when it comes to the way other people perceive the things I do.

Uni is not it for me, and that’s a lot for me to say because I do very well with academics, I always have, but at this point in my life allI do is think about all the things I would rather be doing apart from uni. I study law and I’ll be reading statutes and cases, Law is not easy and its like wow I could really just be doing something else. In a way I’m also grateful for the fact that I’m in school, because it’s a good distraction from when music is not necessarily working out the way I want it to.

If you had to, what genre would you categorise your music as?

I really liked that you asked me this question, because when I first started creating music – even though I wouldn’t have called it this then  – I was very much a pop girl, I used to listen to a lot of Imagine Dragons, Avril Lavigne, Coldplay, Radiohead & Pink. I was really in my pop/alternative rock/soft rock phase but now that I am growing, the type of music I’ve been listening to in the past few years has really really changed.

I’m very surprised about the fact that I listen to Young Thug now – not because I think the music is not great, but because I was scared and I was like this just generally doesn’t sound like what I should fit into. I then started to realise that everything comes from a source, and at the end of the day, who are we if not one another? We literally all imitate each other, some people just find new ways to extend or shrink or alter what has already been done. So I told myself “Efe, if you want to make music that’s timeless, music that cuts across all works of life and across all types of people you need to immerse yourself in absolutely anything”

Everything is fluid these days, and we need to be maintaining the real essence of who we are so that’s what I’m trying to do. I look more at creating a style for myself, than creating a genre because who is really sticking to one genre in 2020? We’re fusing baby!

So how do you think your fluidity affects the way you’re received by the audience?

It used to stress me out a lot, but I literally from the bottom of my heart don’t care where someone decides to place me. The most important thing is that you listen to the music and you’re experiencing it. I feel like when people listen to my bodies of work they will understand that I’m really not trying to be put into any box and I will not associate myself with any particular genre. Do you know what actually? My genre is called cool black girl because I make music that cool black girls make.

That’s right! So let’s talk about “Zion”, what’s the story behind the song and where did you draw influence from?

So essentially, what a lot people may not know is that “Zion” is actually a continuation of “Wonderland”, that’s why i purposely made sure that the artwork was kind of like a darker version of wonderland. So “Wonderland” is a story of love, but it is also a story of uncertainty and not really being sure where somebody is about to take you, having doubts. I say things like it’s a twisted fairytale.

There’s annotations in that song that anybody who’s proper trying to deep the lyrics will grab that they’re coming from a place where they’re not really sure about a certain person, but because the person so interesting and different from what they’re used to, it’s like “okay let me get out of my comfort space and go into this relationship”. So we go to Wonderland together, and then you take me to one part that I don’t really know and now leave me there. So to continue, in “Zion”, I’m begging God to please take me back to Zion. Zion in the bible is a place where Christians, find like their strong place of comfort, a place of rest. But it was also inspired by Lauryn Hill and Carlo Santana.

How did you get M.I on the song?

I didn’t think of MI being on it because I mean it was 2017, I didn’t know anybody in the industry, and like how would M.I; Mister Incredible, Chairman be on my song? So I was just going to ask one of my guys that raps “yo how far, spit some bars. Then on Twitter, there was this thing where his [M.I’s] people said he puts on a lot of female artists, andI replied like “Omo, MI has not put on anybody if he has not put me on o” and he actually saw the tweet and asked me to send him the song. When I sent in the song, he texted me that day at like 1am and asked me what my thought process was for the song; half asleep I sent him a voice note explaining the whole biblical allegories and everything, and then he sent me back that verse. He ate up those biblical metaphors.

You mentioned being inspired Lauryn Hill earlier, which other artists or what else influences your music?

Well I would say it’s mostly from my day-to-day experiences, the conversations I have, the music that I listen to, the places that I go to, it’s everywhere. I used to think that my main inspiration or my driving force was from Abuja because I love Abuja so much, but after a while when I went to Toronto and moved partly to Lagos, I realised it wasn’t the city because I’m picking other things from other cities and the stuff I’m even making in these other cities sounds different from what I would make when I’m home so it’s really just everything around me.

With track titles like “Comfort Food”, “Love Galactic”, “Dive” and pre-released singles like “Wonderland”, Efe Oraka is gearing up to let listeners into her perfectly crafted lo-fi pop world and cement herself as an unmissable name in the music industry. We can’t wait to see what she comes up with.

For the Girls Special: How women’s place in music has changed over the last decade

Next Article Essentials: ‘Easy to Love Me Now, Pt. I’ is a series of powerful snapshots of Dara Alamutu’s life