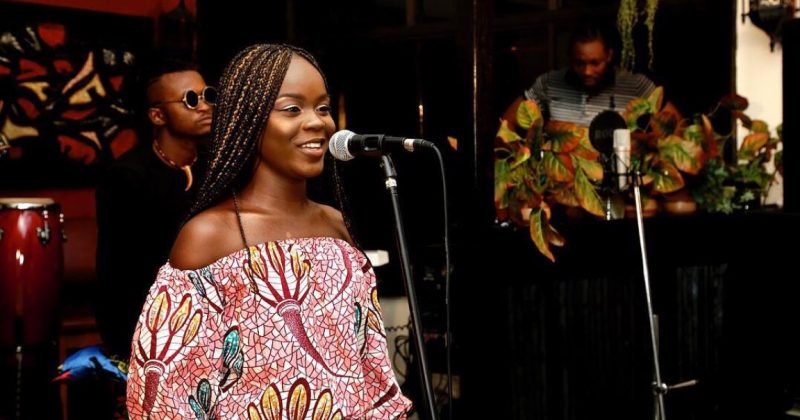 Efe Oraka has gathered for herself quite a number of following since becoming a viral sensation following a John Bellion medley she uploaded earlier in the year. . A year ago, the released  “Gbe Mi”, a debut single. and somehow went underground , returning months ago in “Falling” a song by Cheso which featured her.  Apparently while people worried about the sudden hiatus, the internet sensation was in a studio working on an EP, one she calls “Magic”. Recently Efe took to twitter to announce the official release of “Wonderland”, a single off the EP “Magic”

Ladies and Gentlemen, from my heart straight to you, I present, Wonderland', the first drop off my EP, 'Magic'. Please listen, enjoy and share #WonderlandByEfeOraka https://t.co/VBN9Ms6K6C

Drawing her inspiration from both the 1865 classic story by Lewis Carroll and her personal experience with love.  Efe begins “Wonderland”  on a light but smooth note “I feel like Alice in this lonely town, oh I feel so down”,  Totally smitten by her brown-eyed lover’s composure,  you could almost feel what she was feeling through her words. This song which heavily taps into Jon Bellion’s style vividly paints the picture of first loves. The accuracy at which every lover holds dear, even the smallest details of their partner’s features. “It’s your shaggy hair, and your memories, it’s who you are”.  The intensity, complete with the feeling of helplessness of it all “Oh your love takes me to wonderland, I will follow you to the rabbit hole” .

In “Wonderland”, Efe was trying to evoke a feeling in her listeners. one that almost everyone is familiar with. Her lyrics may ring true, but on a sonic level the song doesn’t. Furthering the narrative about unoriginal artists.

Listen to “Wonderland” below

A new internet star is born

0110
Previous Article 6 videos you need to see this week