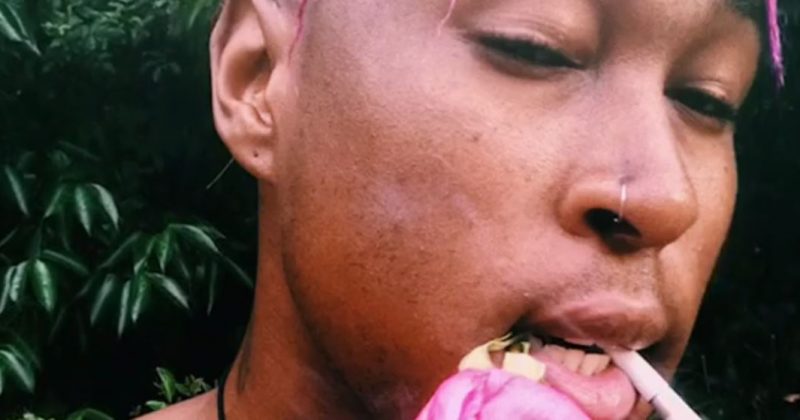 The sprawling sonic of punk Rock has always had an influence on PatricKxxLee’s production. It’s among the many things that inspires him to explore more avant realms with his songs, never shy to push the boundaries of his darker emotions. His production on “You Rappers Should Fix Up Your Lives” helped score M.I a viral hit last year. But in spite of the visibility that afforded him, featuring on the ‘Yung Denzl’ album, PatricKxxLee undoubtedly cast the strangest figure on the project with his somber and edgy performance. On ‘Nowhere Child’ however, he creates a tense Rock inspired trap soundscape where his angst raps feels right at home.

The blend of Rock and rap may have gotten popular after Lil Wayne picked up a guitar for his ‘Rebirth’ album in 2010, but PatricKxxLee’s foray into Rock goes beyond a mere instrument. The penchant for gangster rap’s lyrical pacing he established on his album debut, ‘Diary of an Arsonist’, takes a back seat on ‘Nowhere Child’, showing both his growth as an artist and his resolve never to get boxed in; not even by himself. The album opens with “Intro [The Nowhere]”, where he repeats “Don’t Classify Me” till it sinks and becomes one with the horror-cinematic beat he produces with a pacy rock drums riff, distorted reverb loops and distorted vocals. Though he still operates in slasher mood on the next track, “Can’t Tame Morgan”, he’s a lot more reflective, even admitting his dependency on abusive substances and its effect on him and his relationship with those around him.

He soon returns to his destructive ways on “Sweet Whisper”, a moshpit inspiring song set to droning synths and chant lyrics throwing the middle-finger to his exes. But beyond the cool “Devil Trigger With The Sword Play” reference to a video game, the hyped mood of the song allows a glimpse at the violent voices living inside PatricKxxLee’s head. The mellow next track, “Hurts to Feel” listens like an interlude from his haunting and chaotic reality, yet his lyrics—“Wonder if I’m My Own Demise/ I Still Feel Low When I Get High”—remain as sharp and piercing as ever.

The guitar-led beat for the J Molley assisted “Idle Mind” continues the album’s Rock leaning sonic exploration. And even though he infuses mind-numbing synth harmonies and pacy hi-hats to give the song a trap bounce, it doesn’t uplift their graphic detailing of the hollowness of romance for loner celebrity. It’s a theme further explored on Champagne69 assisted “Love Psycho”. Pre-released single, “H3llywood Blvd” ensures it’s not all dark on ‘Nowhere Child’. PatricKxxLee’s voice glides over the somber synth led beat he produces with slow-building drums, repeating “Hollywood Boulevard” like a lost memory of something he can no longer reach, or a dream that never happened. Though his lyrics “Heart Still Pierced And My Life Moves Fast/ I’m Still Shitfaced And My IPhone Cracked/ Fuck!” are woven around his troubling reality, there’s an unmistakable sense of hope; “In H3llywood Blvd”. “Distraction (Reaction Relapsing)” also offers some glimmer of light with PatricKxxLee apologizing to his mom for destructive tendencies, while promising to watch his step in the future.

“Bermuda Triangle” finds PatricKxxLee returning to rap, but it’s another somber confessional that brings listeners closer to his traumatic life filled with scars, rampant drug use and falling out with friends and family that care about him. On the closing track, “Cliff or Hang”, he’s self-aware enough to admit his flaws and warn off new relationships. His unflinching resolve to wear his heart on his sleeves is callous, brazen, and indulgent, like someone testing out the entire spectrum of feeling for the very first time. But asides from his personal story, the album’s attempt to resurrect the fusion of Rock and Rap is also a pretty ballsy feat.