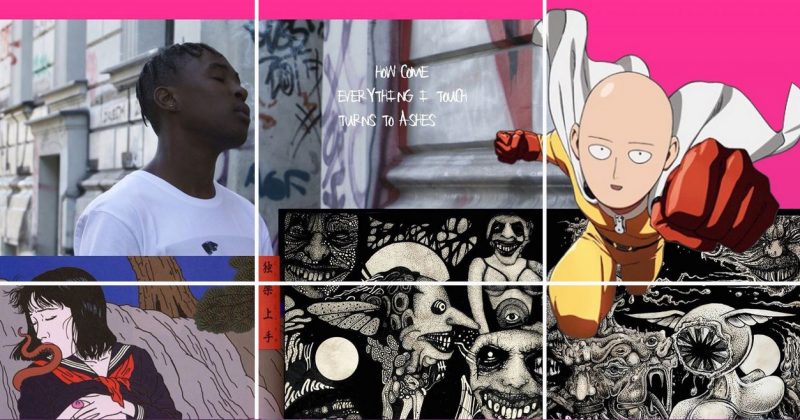 Essentials: PatricKxxLee’s, ‘Diary Of An Arsonist’ is an impressively creative debut album

PatricKxxLee’s edgy trap-hop combines elements of gangster rap’s lyrical pacing with experimental spacey production and of course moodiness inspired by his interest in punk-goth themes. On his Disco Utopia EP, the rapper/producer realized where his bread is buttered and keeps that sound close by for Diary Of An Arsonist, his debut album. Be it increase in confidence or just the growth of trap and EDM on radio, he has found a way to stay true to his sound while also exploring new found sound and lyrical territories.

This is the story of me setting my life on fire…

Of the 18 tracks on Diary Of An Arsonist, only lead single, “Broken Boys Break Toys” released last month features a guest artist. The collaboration with Saint Klaus served as a teaser for an album steeped in pain and emotional confessions that emphasizes Drake’s corniness. PatricKxxLee follows the same rhapsody of strive through most part of the album, offering refuge from the fusillade of showy narratives sweeping through hip-hop. “Inferno Born” sets aside conventional boastful lyrics for a sorrowful moan over a piano heavy baseline but there is an upbeat quality to it as he hoots; “Hell ain’t got nothing on me”. Melodrama is a part of Patrickxlee’s multi-layred charm and though it’s entrenched in personal strife, he conveys his feelings (though  sometimes petty) as important as if to mirror the privacy of a diary.

Diary Of An Arsonist is a clever name and it affords PatricKxxLee the opportunity to really get in his feelings about people that complain that he’s always in his feelings. “Hollow Man 2” listens like a response with his sing rap flows over the vibrant electronic baseline and bass drum patterns designed to make heads bop. “Good Girl Gone Bad” does the same, calmly offering “I’ll never think that there’s such a thing as too much love”.

PatricKxxLee’s calling card is his ability to fuse the abrasive and the beautiful without selling either short. “Love Is Rage” builds from marching band drum riffs to more conventional hip-hop drum patterns fused with piano accordion harmonies as he speaks to his addiction to love despite the shame and misery it often brings. He flaunts his vulnerability to endear him to fans who have been through similar struggles, chanting “Lose your life! You ain’t scared to lose your life” on “Lose My Life” that picks up from where Lil Uzi Vert’s “XO Tour Life” left off. The groovy trap beat for “Pocahontas” also offers comfort from PatricKxxLee’s dark narrative with drug infused comfort and his vulnerability to his own self destructive tendencies.


Diaries are incomplete without insecurities showing here and there. “Frenemy Enemy” and “Die Alone” are ambient hip-hop numbers conjuring feelings of uncertainty towards both the known and the unknown.

At its worst, Diary Of An Arsonist is a long listen with over an hour listening time that dampens its replay value. But even at its best, PatricKxxLee’s music requires complete immersion on the murky journey he implores listeners on before it can be appreciated. Nonetheless, Diary Of An Arsonist is a strong debut album for experimental hip-hop. After all, melancholy is nearly impossible to sell for a mass audience in this part of the world, but you only need to hear the pop-infused “SNST BLVD” to realise how wrong that assumption is.

Listen to PatricKxxLee’s Diary Of An Arsonist below.