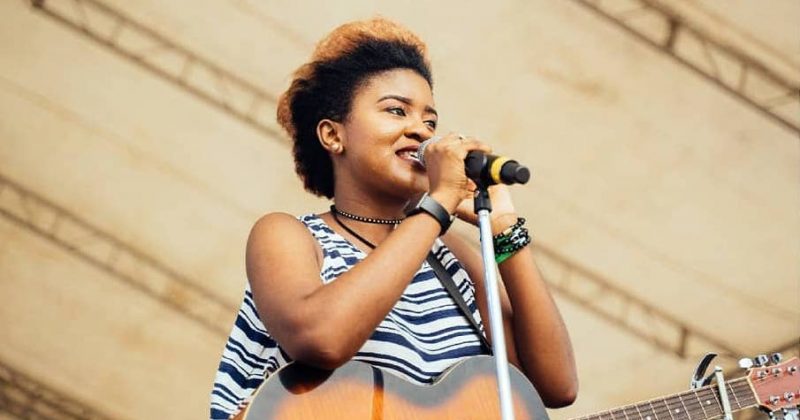 Dunnie’s new EP, ‘FOUR’ is a statement of her artistic growth

Even though we very often use them for their quantifiable value, numbers denote symbolic significant value across various cultures all over the world. In religion for example, the Trinity in Christianity or the Five Pillars of Islam.

For Dunnie, sacred numbers are a source of power, inspiration and expression in her musical art. Her debut project titled, Seven, is now followed up by another numerically significant appellation, inspired by the Jewish Culture, FOUR.

There are many Jewish connotations of the number four, but for Dunnie the operative meaning on this EP is maturity. Subconsciously chronicling her growth in the two years since her last project, Dunnie’s epiphany came with the times:

“Social distancing and self-isolation made me spend a lot of time with myself and I came to realise that I have grown in every aspect of myself, [including] in artistry and as a human being. If you have followed my journey from ‘Seven’ to ‘FOUR’, what you will definitely hear is growth from Dunnie.”

As her silky vocals glide through the opening track, and lead single, “Overdose”, Dunnie’s growth is already palpable. Co-written alongside Troms, “Overdose” narrates Dunnie’s devotion to a lover – her mellow musings build up into an inspiring chorus characterised by its lively percussive beat (which she produces herself). Moving into the equally cheerful “Koro”, Dunnie again draws attention to her voice – particularly its range this time – by stacking her vocals with two harmonies amplifying the main melody.

As the title would suggest, FOUR ends at its fourth track, drawing to a close just as it’s kicking off. It’s a bittersweet sensation savouring the melancholic third track, as “I Need You” marks the beginning of the end of this sweet EP. Playing with minor notes, giving it much darker hues, “I Need You” is dramatically more hurt and desperate than the songs that precede it, though still characteristically upbeat.

In an exclusive virtual listening party via YouTube earlier this month, Dunnie revealed that she made the song over Instagram with some of her followers, reflected in the extensive songwriting credits given to Klem, Mikel Mizzy, Worship, Tiwadara, Rome (who co-produces the record along with Dunnie, Tuzi and Klasikbeats). The collaboration culminates in needy promises to an elusive lover for whom Dunnie has been waiting endlessly: “I need you, no starve me with your love o, love o//I need you, the wrongest thing to starve me with your love o, love o” she pleads on the hook.

Self-described as an afro-fusion singer/songwriter and producer, creativity comes with the territory. Hearing the distinct xylophonic melody tingling through the chorus of “Ordinary” will settle any dispute against Dunnie’s artistic deftness. As the title suggests, “Ordinary” presents a yearning for normalcy, with lyrics that are modest without being self-deprecating.

Popularly consumed creatives are often put on a pedestal, and usually become unjustifiably venerated as superhuman. Dunnie wants no parts in this, and wants to be given room to make mistakes.

Reeling off a list of errors she makes “sometimes” (her repetition of the word suggests its importance) Dunnie shatters any falsely conceived notion that she’s perfect, or above lapses of judgment or character, even before they’ve been founded. Dunnie is very much in the early days in her trajectory, we’re sure “Ordinary” is one song we will return to as she rises through the ranks. If the quality of this tape is fairly judged, she’ll be doing so soon.

FOUR is a brief yet captivating project, one which is worthy of finally pushing Dunnie beyond the bounds of the periphery. Almost ten years since she recorded her first song, now feels a better time than ever for us get behind this talented contender. Stream FOUR below: