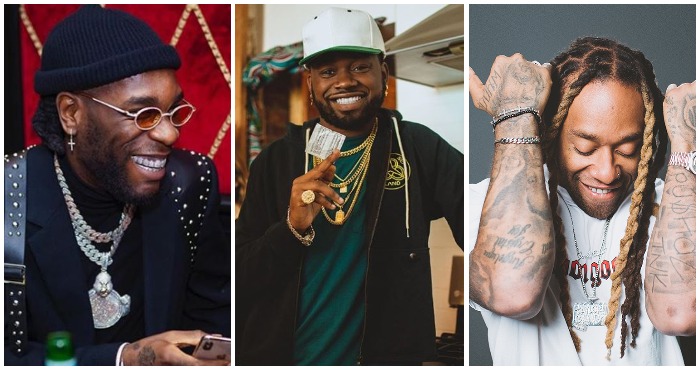 An integral part of Burna Boy’s current crossover appeal, is the singer’s stunning guest run, which has seen him work with a long list of artists from all over the world. For his latest guest appearance, he features alongside American R&B star Ty Dolla $ign, on Kranium’s “Hotel”, the ninth track off the dancehall star’s major label debut album, ‘Midnight Sparks’.

Fitting into the romance-inclined direction of the album, Kranium sets up the narrative for “Hotel”, where he gets caught by a group of friends he’s been creeping with. Along the line, the song transitions into a set for all three artists to brag about their sexual prowess over the summery dancehall beat. While Ty Dolla $ign shares the verses with Kranium, Burna stands alone on a brief bridge, where he vividly describes the beginning of a sexual encounter.