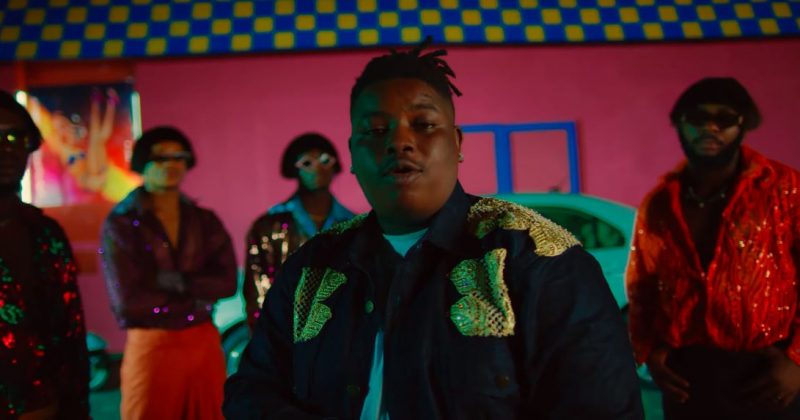 Barry Jhay’s fuji influences were instantly recognizable on his breakout single, “Aiye”, but it was his motivational lyrics that earmarked him as an artist to watch. He has since kept up his reflective and spiritual persona through subsequent releases. His latest single, “O Ga Ra”, offers more of the street-smart counselling we’ve come to expect from him as he sings over the beat Tuzi produced to fit into DJ sets at clubs.

TG Omori directs the accompanying music video for “O Ga Ra”. The video captures some of the sentiments Barry Jhay expresses in the song as we watch a riot break out in front of him while he casually sings lyrics that admonish listeners not to be bothered by the negative energy around them. Dancers dressed in elaborate 80s costumes are also featured in the video, adding a surreal ambience to the Barry Jhay’s performance.

Watch the music video for “O Ga Ra” below.

Next Article Wavy the Creator teams up with Flohio, for new single, “3”