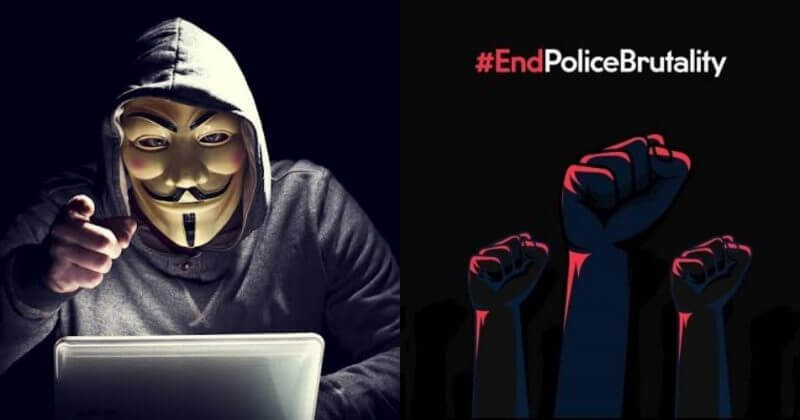 The nationwide protests to effectively end the Special Anti-Robbery Squad (SARS)—newly re-branded as the Special Weapons and Tactics unti (SWAT)—and reform the Nigerian police force has pulled in the support of vocal allies from across the world. Just last night, Twitter CEO Jack Dorsey sent out several tweets in support of the demonstrations, amplifying several stories explaining the significance of the #EndSARS and #EndSWAT protests, as well as pointing to the donation channels set up by the Feminist Coalition.

Almost concurrently, Nigerians found out that Anonymous, the clandestine group of hackers dedicated to human rights causes, have also taken bold steps in support of the demonstrations. The faceless collective, represented by the Guy Fawkes mask, have seemingly hacked into the Nigerian police’s database, sharing personnel data of over a thousand officers in the force, presumably members of the (now-defunct) SARS unit. The document released by Anonymous includes names, addresses, phone numbers and email addresses of many officers, making good on the caution they issued last Friday.

In their statement, the hacker collective says it has hacked several government websites, with claims that the National Industrial Court of Nigeria was one of such (the NIOC website is in its normal condition at this time). For over a decade, Anonymous has played a role in amplifying protests across the world, while also hacking government websites and exposing confidential information. Notable instances include Operation Tunisia in support of the Arab Spring movements in 2011, and Operation Darknet which targeted websites hosting child pornography.

Their interest in the ongoing protests against police brutality in Nigeria, via the Twitter account NigeriaOP, clear fits Anonymous’ M.O. Moreover, the collective has made it a duty to reiterate that it has no leaders in its quest to support basic civil rights all over the world, a trait that aligns with the#EndSARS and #EndSWAT demonstrations, a movement organically driven by the young people of Nigeria.

What a time to be alive thank you #Anonymous for coming through for Nigerians.
These are the names of the police Chiefs that presided over the notorious and criminal gang called SARS. Time to take it from here ✊🖤🇳🇬 pic.twitter.com/r4zj5WqzK7

IMPORTANT: THE FIGHT AGAINST OPPRESSION IN NIGERIA DOES NOT EXCLUDE THE LGBTQ COMMUNITY

Next Article #EndSARS: Alausa Protests are currently being disrupted by armed thugs