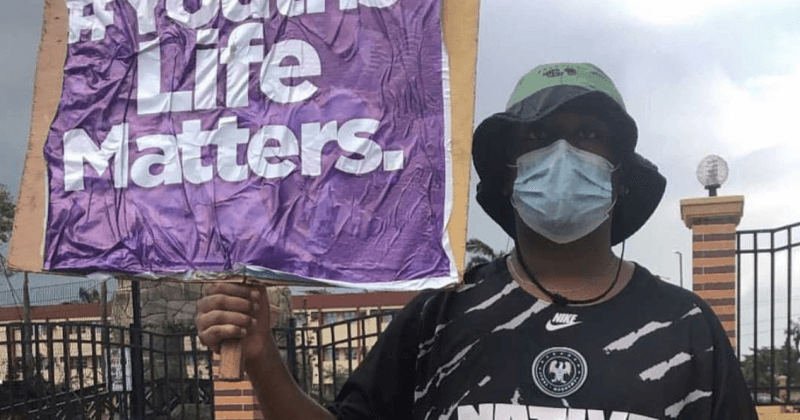 Here’s exactly how Nigerians need the government to #EndSARS

Earlier today, the Inspector General of Police announced the disbandment of SARS, which Nigerians all over the world have been protesting for all week. While this should ordinarily be good news, the Nigerian government has made the same promise every year since 2017, yet no real change has been effected and we are still here, protesting the heinous acts of the Special Anti Robbery Squad.

Stated above are the terms of this new development, which claim that all officers and men serving in the SARS unit will be redeployed to other Police commands, formations and units. Young Nigerians have expressed their weariness of this solution on social media, stating that it seems vague and there are no exact steps being taken to ensure that we are all safe from the threat the Nigerian Police Force as a whole pose to our communities.

In addition, there is no concrete timeline as to when any changes will be implemented, which leaves a lot of room for confusion and the possibility for us to end up in the same position we have been for years, leaving young Nigerians to be vulnerable to the harassment, extortion and much more from SARS.

While the disbandment of the unit is a good first step, young Nigerians are calling for more accountability from the government and demanding for specific steps to be taken in order to ensure our safety. You can find below a list of the exact demands of the Nigerian youth from the government as they resolve to actually #EndSars once and for all:

While we’ve gained the attention of the whole world and seemingly, our government’s, it is important for us to make direct demands of them to ensure that the people who’s duty it is to serve us actually do exactly that. Well done to every young Nigerian lending their voice, time and resources to this worthy cause. We can’t and shouldn’t let up in our demand for the Nigeria we and the future generations deserve!

Over the last few days, young Nigerians all over the country have come out to peacefully protest in the thousands, demanding an end to police brutality and the disbandment of the “Special Anti Robbery Squad”. On Sunday, The 11th of October 2020 the current DG of police released a statement claiming they were disbanding/dissolving SARS as a unit. First, this is nothing new. In 2015, 2017, 2018, and 2019, the same proclamations and declarations were made and nothing changed. These officials remained on the road; raping, beating, kidnapping and stealing from young Nigerians. Second, there is to be no reckoning according to the plans this administration has. All former SARS officials will be redeployed to other existing departments. That is a gross insult to the very many Nigerians who have died at the hands of these criminals. We demand a public inquiry, investigation and hearing into every death, and every act of brutality. If the police cannot hold itself to account, it does not deserve public trust and funding. Thirdly, PEACEFUL Protesters across the country have been brutalised by the police; arrested, tear gassed, sprayed with water cannons, beaten and over 10 young Nigerians have lost their lives. Our protest has both been peaceful and respectful and well within our constitutional rights. We are not criminals. We are not area boys. We are not hooligans. We are Nigerians who are FED UP and have decided we will do something about it. We inherited a broken system from you, but we want better for the generation after us. Young people know that SARS is rotten fruit of a diseased tree. We want restitution, changes in recruitment and reform. We want investigations into crimes committed by police officials. We also want a psychological evaluation & retraining (by an independent body) of all disbanded SARS officers before they are redeployed. We want an increase in police officers salaries so that they are adequately compensated for protecting lives and properties of citizens. #ENDSARS #ENDPOLICEBRUTALITY #REFORMTHEPOLICE

ICYMI: The nation is united in our fight to #EndSARs

Next Article Everything we know about the Ogun State arrests