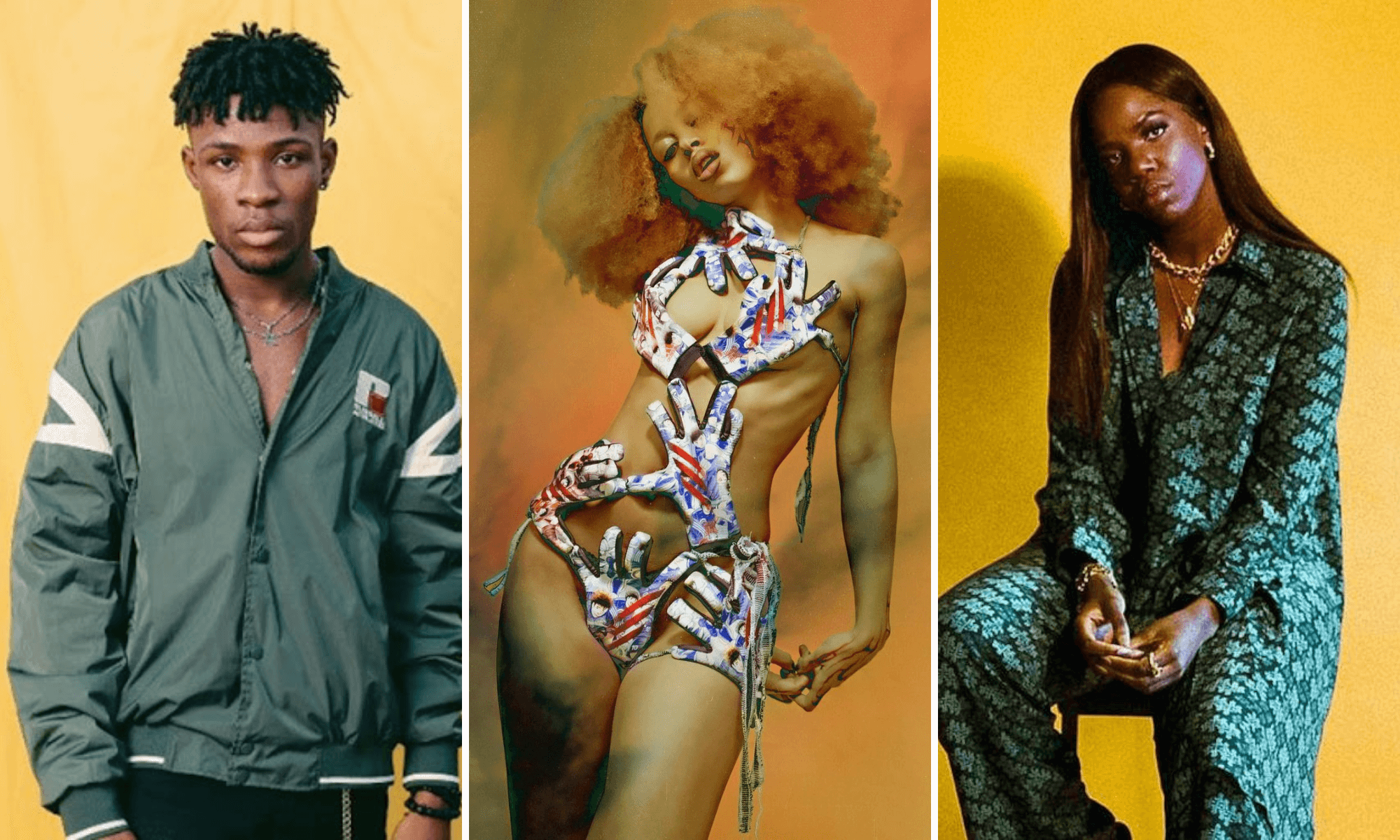 Though New Music Fridays are a global phenomenon across genres, thanks to, new music isn’t restricted to the weekend only. From music videos to sporadic drops from artists who don’t feel the pressure to conform, throughout the week there are an abundance of new music releases that can be difficult to keep up with alongside the week’s tasks. It is quite a task to cut through the noise and get to the good music from across the continent, be it undiscovered genres or up-and-coming artists. But never fear, The NATIVE is here.

Attuned the tastes of our community, our ‘Songs of the Day’ is an expert compilation of the new releases we know our audience both needs and wants to hear. ‘Songs of the Day’ promises to keep you updated on our Fresh Meat alumni, praise the effortlessness behind the best collaborations, diversify your palette with our genre inclusive picks – all in all, we’ll be putting you on. Over the weekend, we rounded up with a potential summer hit from Darkoo, a collaborative song by South African House veteran Oskido and Nigerian singer Niniola, an ode to money by Starboy singer Terri, a self-assuring song from Preye, and more. For our mid-week edition, we’ve got new videos from Joeboy, and DJ Neptune, featuring Wande Coal, a release from ENNY who was named one of our top ten newcomers of 2020, and more music from Skaa, Chi Virgo and more. Get into it!

Releasing his debut album two years after his inescapable hit breakout record, “Baby”, Joeboy has maintained his top spot in alternative Afropop, with his irresistible love songs that fall ‘Somewhere Between Beauty & Magic‘. A stand out on the — album, inescapable since its February release, Joeboy’s “Show Me” has just been fitted with a music video, a romantic drama directed by Ademola Falomo.

On the record, Joeboy admits to being addicted to a particular lady, pleading with her to trust his good intentions and give him a shot at love. In the new video for the song, Joeboy captures the anxiety of talking to an unrequited love, whilst his muse portrays the apprehension one might feel before you let your guard down with a new love interest. With their text exchange (which is incredibly one-sided) popping up on the screen, this very contemporary video ends in a swanky party set at a beach location, where Joeboy’s new love finally gives him the sign he sings desperately for on the songs chorus: “Show me that you want me Show me that you need me Tell me that you love me And I go dey okay.”

Based in New York, Filipino-Nigerian Rapper, Skaa has been in his Afropop bag lately. Using the pandemic year to trace back is roots, Skaa opened the year with “Right Now“, featuring Buju before the Nigerian singer’s alleged abuse of his ex-girlfriend came to light, and returns alone with a similarly uptempo, Afo-leaning number, “Dubai”. Over the infectious production of Beatz by DB, Skaa delivers a strong sung chorus, hat is interestingly the highlight of the song considering his rapping origins. Boastful about his clearly healthy bank account, “Dubai” is an enticing record to Skaa’s muse, whom he wishes to spoil with shopping trips to the infamous city. But not for nothing though. According to Skaa, to be in for a chance to win this all expenses paid shopping trip, “all you gotta do is go low.” Once you get into the groove of the song, you might not be able to help yourself.

One of our favourite newcomers last year, British-Nigerian rapper, ENNY is known for her self-affirming socially conscious records. On her newest single, the 26-year-old London native leads, “I finally made some time for me” so we know we’re in for more of the same. Unapologetic about wanting what she wants, when she wants it, ENNY raps about finding herself and then loving herself, no matter what: “I’m so flawed, but that’s calm.“

Being Black British “and African too, but so far removed” ENNY and those around her, have had to struggle to place their identity into the boxes society forces us to tick, and being intrinsically different has given ENNY a non-conformist streak, which she celebrates on this song. As Paya’s genre defying beat, that blends R&B sensibilities with an electro-pop feel, ENNY’s delivery is partway singing, part rapping in a natural London accent, sounding unique and out of place, in all the right ways.

With one of the hit records of the year last year, DJ Neptune has spent the past few months basking in the glory of “Nobody”, releasing several iterations of the song, from an Amapiano remix to an icons cut. In the run up to his next album, ‘Sounds of Neptune II‘ DJ Neptune is finally out with a follow up single, this time featuring the timeless hit-maker, Wande Coal.

Calling himself the “Music Messiah”, a claim which is tough to contend given how many different vibes he plays with to a top quality over Dapiano beat, Wande Coal’s collaboration with DJ Neptune is a fun, Amapiano-inspired number, that cuts the song length characteristic of the genre into half. Directed by Adindu Collins, the music video is equally as playful, depicting a series of raves the duo and their crew attend, whilst jamming to the lively bop.

“Somebody Else” – Rebecca Winter

An Afro-Fusion British-Nigerian artist, Rebecca Winter’s music serves the Pop delight of ’00s American predecessors, such as Cassie. Co-written by Gabzy, Winter’s newest single is titled “Somebody Else” and sees her question her partner on whether a new lover is making them behave distant and nonchalant. Clearly insecure in the relationship now, Rebecca Winter is not asking for anything but honesty, “I just wish you’d keep it real,” she sings at the chorus’ end. Not interested in competing for anybody’s love, Rebecca simply wants to know if she is wasting her time, but by the sounds of it, she has her answer. Leave him sis.

Since her debut EP, ‘Under The Moon‘, Chi Virgo has been flaunting her vault of unreleased music, whether that’s in IG stories about how in love she is with all the new music she’s been working on, throwaway tracks on YouTube or a double sided single pack, which was released this week, “Crybaby/Rain”.

The first of the two tracks is “Crybaby” a rousing number over which Chi invokes some powerful vocals as she mocks her ex-lover’s sadness after all they have put her through. Full of. angst, complete with electric guitars, now that Chi Virgo is so over her ex, she can revel in their own misery; “all I wanna see you do is just cry baby,” she sings, and we love it. “Rain”, by contrast, is a melancholy isolated track that describes a low period in Chi’s life, where the rain is the only companion she seeks – not romance and not friendship, but the powers she gains from the loud drowning showers of rain.

ICYMI: Pride 2021: An Open Call For Submissions from the LGBTQIA+ community