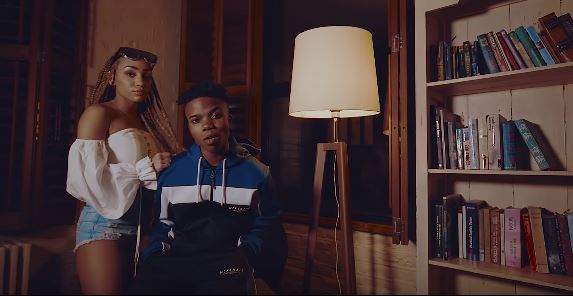 All the best songs from around the continent

In a year where we’ve had to fight for basic human rights while being quarantined away from friends and family, music has emerged as an important distraction from the things that trouble us. With music of African origin rising to global consciousness, it’s important to continue to document the songs that highlight the talent, tenacity and diversity of artists within our industry. We’ve scouted through the continent and come up with our picks of all the best songs released today.

In addition to new drops from Burna Boy and Rema, our weekend recommendations include Kabza De Small’s all-star collaboration with Wizkid, Burna Boy and Cassper Nyovest, new singles from South African artists Moonchild Sanelly, as well as releases from Naira Marley, Tsuni and much more. Enjoy.

Kabza De Small has used his last few releases in spelling out his status as South African house music royalty, and he continues to do so with the self-reverential title of his latest album, ‘I Am the King of Amapiano: Sweet & Dust’. The sprawling, 3-hour long double album reinforces the validity of his greatness, recruiting a long list of guests to grace his ever pulsating stream of sunny beats.

On one of the many standouts, “Sponono”, Kabza pulls in vocal assists from Wizkid, Burna Boy, Cassper Nyovest and Madumane. With ‘I Am the King’ largely created during the ongoing pandemic, all contributors most likely recorded in different places, but there’s a sense of chemistry between them that’s largely fostered by Kabza’s arrangement: Wizkid setting the tone with his ambient bridge, Burna’s memorable hook, Cassper leaning into his developing melodic side and Madumane chipping in with a stellar verse. The main highlight of the song, though, is Kabza’s tropical beat, which is driven by a groovy, wide bassline, radiant keys and colourful glockenspiel riffs.

At the centre of Moonchild Sanelly’s persona is her self-assured, rebellious image and an outspoken attitude in the face of conservative norms in African society. On her new single, “Bashiri”, the South African singer takes a potent swipe at predatory religious leaders who exploit their congregation for financial gains. While performs her set in isiXhosa, disdain is palpable in the mocking tone of her yodelled melodies, and the song’s sheer catchiness is heightened by Amorao’s stomping Gqom-infused beat.

A few weeks back, Naira Marley was in the news headlining a concert that disregarded social distancing directives during this ongoing pandemic. Currently playing a huge role in the evolution of Stan culture, the rapper has proven that his gaffes will be forgiven and largely forgotten with each new banger, and his new single, “As E Dey Go” might very well be the new smash that absolves him, yet again.

Rexxie laces “As E Dey Go” with a wickedly groovy beat primed to get people on their feet and dancing, and in his usual form, Naira Marley delivers a boastful and enjoyable set, packing his lyrics with memorable one-liners that will no doubt resonate amongst his core, street audience. “As E Dey Go” would have benefitted from clubs being open, but for now, it is a good entry for individual dance parties and it also shows that Naira Marley’s hit-making powers are still intact.

The last time Chinko Ekun and Zlatan linked up, they shifted pop culture in a major way with their smash hit, “Able God”, a song that was instrumental in further popularising the Zanku dance craze. That song also catalysed the ascent of both rappers into mainstream popularity, and nearly two years later, the pair have linked up for “Doings”, a new single that celebrates their lavish lifestyle in a way that blurs reality with outlandish fiction. Backed by Mansa Jabulani’s thumping, groovy production, both rappers deliver vivid imagery of sexual and financial conquests, with Chinko bragging about renting out a Lamborghini for Uber services, while Zlatan reiterates his stance on “Yeye Boyfriends”.

Tsuni established her credentials as a rising star with her debut EP, ‘Flexxx’, a project that flaunted her burgeoning skills as a versatile singer. She’s now followed up with a new single, “Anymore”, where she displays growth in her songcraft and asserts her determination to keep growing until she reaches the heights she’s set for herself. “I just keep on pushing, I don’t know what the limit is/till my name on every lip, till my song on all they lips”, she quips in a rap-adjacent flow, commanding her way over Beezy X’s bouncy afro-Caribbean beat.

Since effectively breaking in 2016 out with the Lady Zamar-assisted “Charlotte”, Prince Kaybee has established himself as one of the top house musicians on the continent with multiple hits and two stellar albums under his belt. On his newly released, third single of the year, “Hosh”, Prince Kaybee continues to show why he’s one of the more exciting DJ/Producers around, teaming up with South African singer Sir Trill for an instantly catchy banger. Over Kaybee’s bright piano melodies and fast-paced percussion, Sir Trill leverages his charismatic melodies and the hypnotic charm of his voice into a delightful performance that’s fitting for a potential smash hit.

Following the breakout success of his emPawa100 entry, “Poverty”, J.Derobie became the latest addition to Ghana’s rich lineage of afro-dancehal artists, and the singer is looking to further prove himself with the impending release of his debut EP, ‘Nungua Diaries’. While we await the arrival of the 6-track next Friday, J.Derobie has shared the lead single, “My People”, an emphatic track where he positions himself as a hometown hero and identifies with people from his hood. “Midland city wey me from/North Yendi wey me born”, he sings with pride over the mid-tempo afro-Caribbean beat.

Praiz x Kingxn – “To the Moon”

Just over six months after dropping his sophomore album, ‘King’, Nigerian singer Praiz is preparing to drop ‘To the Moon’, a new EP scheduled to drop next Friday. In anticipation, Praiz has shared the title track as the second single off the 6-song project, and it features a debut appearance for rapper, Kingxn. Getting in his experimental bag, “To the Moon” finds Praiz declaring his undying affection for his love interest over a ‘80s-inspired synth-pop instrumental. “I go be your shining armour, I care for you”, Praiz passionately sings, while Kingxn adds an affectionate and assertive rap verse in the middle of the song.

From their collaboration on the sibling duo’s debut EP, ‘Made in the Tropics’, to “Confetti” off E Kelly’s ‘No Secrets’, Boybreed and Minz have clearly developed a strong chemistry on wax, and they continue to flaunt it on their latest joint single, “Julie”. Over TUC’s colourful, afro-dancehall beat, the trio deliver a lovelorn set seeking reciprocal affection from their love interests, matching their relatable lyrics with melodies that convey pining emotions.

ICYMI: LISTEN TO NEW MUSIC FROM EGO ELLA MAY, POPSNOTTHEFATHER, TOMILOLA AND THE CAVEMEN & MORE