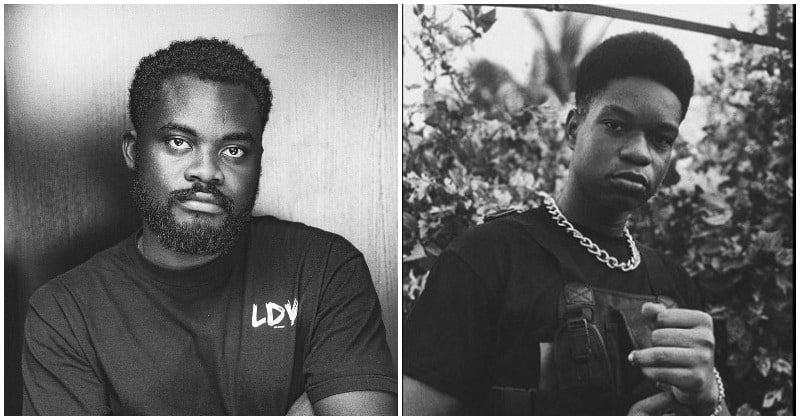 Music from around Africa you NEED to listen to

TMXO is gearing up to release his debut EP. The producer has been teasing the project for a few weeks now, and he’s now shared title, tracklist and release date for the EP: ‘TMX001: Alàdélọbà’ will contain six tracks, and it is scheduled to drop on March 19. Giving us a peek at what to expect, he’s also shared the second track, “Winner“, as the lead single. Spotting lively guitar riffs and booming percussion, “Winner” coins in on TMXO’s knack for fusing folk-inspired elements with house music quirks. He splices his baritone vocals on top of this club-ready production, adding a psychedelic edge to the song with his repetitive, chanted lyrics.

Ayo Folarin’s “Weak” is a romantic bop for people who are madly in love—or at the very least wish to be. In two-and-half minute, the singer delivers an ear-catching set that personifies quickened heartbeats, wide smiles, wobbly knees and all the other tropes involved at remembering or sighting a romantic partner or a huge crush. “Na this kind love dey weak-y my body, you’ve got me thinking about you”, he sings on the hook, his fuji-influenced vocals and warm melodies gliding over Daviestherocket’s gentle guitar plucks and softly jabbing afropop drums.

Drayko, Eeskay and Zilla Oaks are enamoured by living the fast life but they aren’t looking to die anytime soon. “Zoom”, the new collaborative single from the three Abuja-based rappers, carries an air of invincibility with it, as they rap about partying all night long, swigging drinks and lighting hydroponic buds. With their swaggering raps which is made more infectious by their trance-like melodies, the trio emphasise the allure of their lifestyle over its consequences.

Herman $uede is a precociously talented Ghanaian artist you should be paying attention to. Last July, the teenage singer released his impressive debut EP, ‘Hi I’m Herman’, and he recently featured on Sarkodie’s last studio album, ‘Black Love’. With the liveliness Herman exudes, there’s an innate freedom attached to his music, but his new single, “Free”, pushes that tenet to the forefront for a personal statement track. “Honestly, I just want to be free, to walk around and make beats with my lips, not caring what anyone thinks”, he belts over swinging EDM-infused Afropop production, emphatically owning his narrative as young artist with dreams and relishing the prospects for bigger successes in the future.

One minute, it seems like Wande Coal has been away forever, the next he’s all over our radar. In addition to prepping his coming EP, REALMS, with the release of the video for “Ode Lo Like”, the afropop veteran recently featured on “Sankofa”, the new single from Ghanaian singer Kwarteng. While the song leans into romantic direction, with both singers looking to impress their love interests with their affectionate promises and affluence, “Sankofa” also pays homage to the beauty of African ladies.