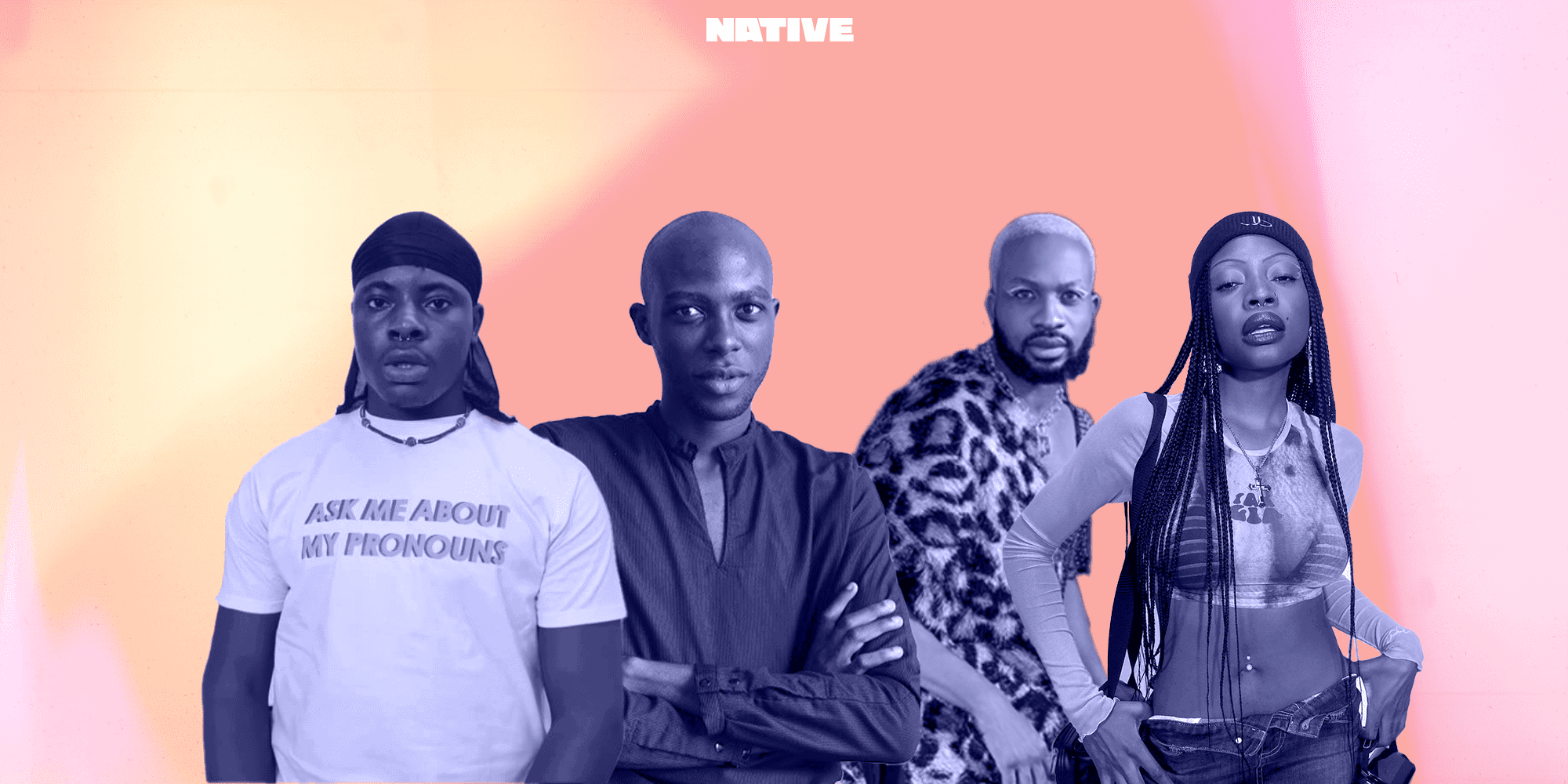 Queer African Designers Are Utilising Fashion As A Form Of Activism

Queer identities continue to be heavily policied in Nigeria. When the video of Nigerian LGBTQ+ activist, Matthew Blaise strutting the streets of Lagos and boldly chanting Queer Lives Matter hit Twitter, it garnered a sizzling 3 Million views, 17K retweets and 59K likes in reactions. While most of the engagement was in support of a Nigeria where queer people didn’t have to worry for their safety, a much larger group were vehemently against the idea of such a time, pushing derogatory comments that only clamped down on their bigotry.

Ridiculing people and experiences that deviate from the norm has always been the status quo in these parts and many of the queer community bear the brunt of this ridicule as they are typically othered by larger society for their differences. However, these differences have oftentimes been the glue that has held the queer community together in the face of opposition. Integral to the LGBTQIA+ community around the world is alternative style and fashion which has become its own kind of social reform, with new concepts breaking the conventional gender-based norms in fashion. Clothes have gone beyond simply what we wear for protection and morphed into ways for us to show what we believe in and stand up for.

Queer fashion is historically rooted in gender non-conformity and intrinsically tied to our identities as people. One of the obviously blind arguments conservatives use as a counter-intuitive remark towards queerness is the idea of its Western descent. However, those who know their onions and understand how history unfolded, piece by piece, have already acknowledged the fine balance of fashion, queerness, and being Black. Before now, there has been a myriad of Black queer figures who have showcased exclusive appearances of androgyny. Area-Scatter for example, a trans-Nigerian woman at the time, wore wrappers and blouses to perform before royalties in the eastern parts of Nigeria. They embraced her ambiance and anticipated her entertaining performances. She was a sheer show of grace, lustre, lovable character, comfort, and charisma.

Similarly, Obesere, a fuji musician from Western Nigeria is typically adorned in what would be considered as androgynous dressing when performing. He’s not alone, other notable figures in entertainment such as Charly Boy and Denrele whose styles revolve around provocative distal personifications matched with excessive jewelry, exaggerated hairstyles, platform shoes and over-the-top poses. Their outlandish looks are typically met with raised eyebrows from many fans and followers, however, their very existence is affirming for a multitude of African kids looking to explore and broaden the boundaries of their fashion closet. This affirming spirit is the main inspiration for Orange Culture’s latest collection ‘Faces In The Cloud’, the brainchild of renowned fashion entrepreneur Adebayo Oke-Lawal. The collection is ostensibly inspired by the non-conformers with Oke-Lawal stating that the rich fabric is informed: “by people who have come before us, breaking the narratives, and pushing for progressive creativity, when it came to fashion.”

For Bola Taofeek Yahaya, a genderqueer person and founder of eponymous fashion label, fashion has always been a mode of expression, however, for queer-identifying persons, that expressive statement has now become a political one. Speaking to the NATIVE, Yahaya shares that: “Stereotypically, fashion would always be a queer thing, and so would its expression through certain fashionable channels like clothes, style, hair, and so on.” Yahaya goes on to state that the social conservatism towards queer fashion needs to be revisited because of the stifling nature of such reductive thinking.

“What really is the essence of fashion if it is going to continue locking in people’s creative spirits and need for exploration/expression. For us visibly queer people, fashion is what makes us seen. It’s what makes us vulnerable, and it’s what allows for self-expression.”

Yahaya’s newest collection, Agenda, can mostly only be described with three words – bold, inclusive and non-conforming. It draws and combines the strengths of those who have been regarded as both unorthodox and otherworldly by their peers. They use this collection to seek, ask and find answers to questions from people who are typically blackballed and misunderstood by society, reclaiming terms that are typically associated with something evil and perverse. “Agè is a Yoruba word that means witch, and the collection considers the general ignorance people have of them. There’s the general reception of hate and violence towards witches and queers,” the designer tells me. “Agenda also came from the fact that people kept saying we needed to stop pushing the queer agenda, so, it was like a play on the word,” they add.

Thompson Adeju, a non-binary Nigerian and founder of sustainable genderless fashion brand, Lagos Space Programme, told CNN about the gender conformity engrained in the Nigerian fashion space and how toxic masculinity shaped the designer they are currently. “I’m just so aware on a historical and personal level, the damage toxic masculinity can cause. It’s just not a space I connect with. It’s so important for me to express myself and share my story through my works. It’s my contribution to the political and cultural conversation,” they say. “There’s been a great deal of trauma for me around my masculinity, and I like that as an adult, I can fashion the life I want, and can easily mediate between both genders and create a safe space that works for me.”

The African fashion industry has always been deeply rooted in stereotypical heteronormativity and non-inclusivity, making it incredibly difficult for a certain group of people to relate to. Plus-sized persons, gender-questioning people, non-binaries, and trans people, are usually always at the receiving end of this lack. According to a 2019 report by The Initiative for Equal Rights (TIERs), a nonprofit organisation in Nigeria, working to create an equal society against the backdrop of Nigeria’s discriminatory laws, 60% of Nigerians will not accept family members who are LGBTQ+. These numbers have been on a steady incline since 2014 when the anti-LGBTQIA+ legislation was passed into law. Although receptions are tilting towards a more positive light in recent times, it is still a rather slow embrace of a large sect of our society.

“People most importantly need to be kind with their words,” Yahaya shares. “They need to understand that saying things from places of ignorance affects real people.” However, Yahaya and many other members of the LGBTQIA+ community, aren’t waiting around for such a time where their looks or their queerness will be widely accepted. They are championing themselves and carving out lanes for themselves that would not have existed a decade ago. The climate is still very steep in terms of acceptance, but till such a time, the queer community will continue to utilise their fashion as a form of silent activism in their day-to-day lives.